7
My Liverpool wonders and blunders with Janice Long
Communities

My Liverpool wonders and blunders with Janice Long 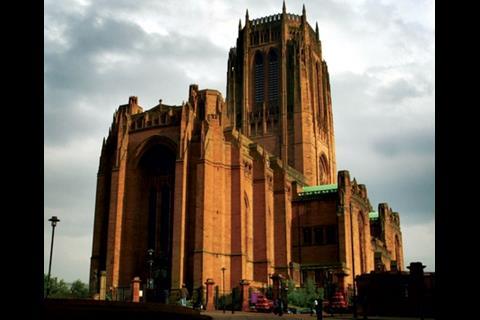 Awe-inspiring Liverpool’s Anglican cathedral is visible for miles around the city. The design competition was won by Giles Gilbert Scott in 1906 when he was just 22. Although the church was consecrated in 1924, construction was not completed until 1978, 18 years after Scott’s death. 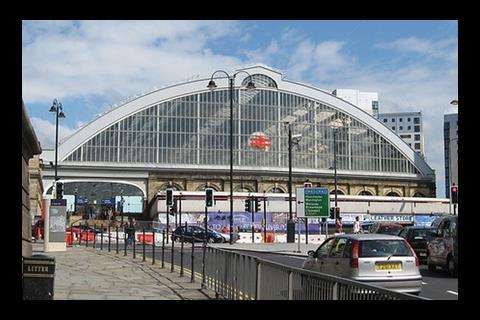 Just awful The grade II-listed Liverpool Lime Street station opened in 1836. The shops that obscure the front of the station will be overhauled as part of the Lime Street Gateway project, a £35m redevelopment of the area around the station that will start on site later this year.

Disc jockey Janice Long declares the Anglican cathedral an all-time classic, but consigns the front of Lime Street station to the bargain bin

My wonder is the Anglican cathedral.

It is a building that is simply inspirational and I think a unique power emanates from it that really tugs at the heartstrings.

I spent a lot of time there as a kid and often performed in plays that were held inside. There was even a rumour back then that it was built the wrong way around, but I think it is just splendid. I am not a religious person but sometimes I just go in and sit down to absorb the atmosphere.

Architecturally, it is an amazing structure. It reflects the power Liverpool has and strikes a pose in a city that is unique in its personality and humour. I think it is wonderful when cities are dressed with impressive architecture – it really makes a city when there is a proud skyline. The Anglican cathedral is a wonderful part of Liverpool. For an expat, it is what you look for when you return. It is what draws you back.

My blunder is the front of Liverpool Lime Street station. The station is obscured by a block of shops selling tat. It is vile, absolutely hideous. The concrete put there in the seventies just looks dirty and you can’t even tell that it is the front of a train station, as you can’t see the entrance.

People new to the city are put off by it and confused. When you get off the train you think – where am I? This is such a shame when it is the first port of call for people visiting Liverpool. It is just a horrible mess – one of those monstrosities that was meant to be a quick fix and just stayed.

It is a mirror of the vile St John’s Precinct shopping mall – it just doesn’t blend in with its surroundings. It is such a pity when it is so near the imposing beauty of St George’s Hall and the Empire Theatre, which is really something to be celebrated. I have no problem with modern architecture that can stand the test of time. But this is just disgusting. It should just be ripped off so you can see Lime Street properly.

Janice Long is a radio broadcaster