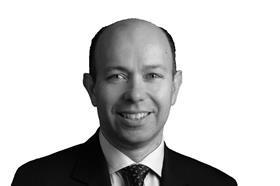 Metro mayors came into power just over a year ago, yet the scale of the impact they can have on their city regions is still unclear. While Greater Manchester’s Andy Burnham and Andy Street, the mayor of the West Midlands, have been the most high-profile, both are arguably yet to score any major policy achievements.

Last week’s National Infrastructure Assessment (NIA) nodded to the contribution of metro mayors and the ways they might encourage city growth. Yet there is no requirement for the government to implement the recommendations to increase mayors’ powers, such as its suggestion of a £43bn boost in funding for major cities by 2040.

Compared with their international peers, the powers of English mayors are relatively modest. London enjoys greater devolved powers than any other UK city, but Sadiq Khan’s role is still limited in contrast to international counterparts. Bill de Blasio, mayor of New York City, for example, enjoys a greater say when it comes to areas such as skills and education. The remit of England’s other metro mayors is more limited still and what they’re able to do is determined by individual deals agreed with the government.

Compared with their international peers, the powers of English mayors are relatively modest

The UK remains heavily centralised compared with other countries. Local and regional governments have limited revenue-raising power and rely on the Treasury to provide funds. These fiscal limitations also extend to metro mayors. While the focus for local authorities is on public service delivery, the mayor’s job encompasses wider, less prescriptive issues, such as transport, regeneration and economic growth. But this broad remit means a heavy reliance on government support to push any new policies through.

Yet limited statutory powers doesn’t need to mean a lack of influence. While mayors’ tangible powers are modest, they can use “soft power” to promote change in their own regions. Economic growth falls under the mayors’ remit and increasing investment in infrastructure is crucial to this growth. But even accounting for their current limited powers, I think mayors can use their soft powers to seek to boost their city regions in three ways.

Working more closely with councils is a good place to start. Local authorities are huge land owners and the NIA has advocated giving mayors the power to make strategic decisions on major housing sites, a move that would involve city figureheads liaising closely with town halls. Major city councils own huge swathes of land in their boroughs, much of it brownfield zones that could be redeveloped to create more city centre living. We have seen Mr Street working more closely with West Midlands councils to secure investment in housing. Indeed, in his first year as mayor, he secured £350m in government funding. This will help to combat the increase in homelessness in Birmingham and take advantage of the pockets of disused land.

Second, by collaborating with overseas investors mayors can assert their influence. Infrastructure’s long-term focus makes it an attractive sector in which to invest. I encourage metro mayors to hammer this message home. The UK has an excellent track record in delivering mega-projects – the 2012 Olympics and Crossrail are evidence of this.

And the mayoral concept – prominent in major American cities and elsewhere in the world – is well understood by overseas investors. Mayors should take advantage of this to help lure investment into their own city regions and provide a point of contact for those reviewing potential locations for investment.

Third is the potential for mayors to use their influence to promote their regions within the UK. We have seen this in recent months as Mr Burnham has used his high profile to draw attention to a perceived lack of funding for rail transport in the north, exemplified by the timetabling issues on the Northern network. His lobbying, which included numerous media appearances and a mini social media campaign, was a case study in the use of soft power to further his aims. This helped to prompt an intervention by Transport Secretary Chris Grayling, whose department also released figures to demonstrate that transport spending per person will be higher in the North East, Yorkshire and the North West than London and the south over the next three years.

Mayors do have clear limits on their powers, but this need not stop them asserting their influence. Encouraging the public sector to leverage its assets, raising the profile of their region to potential investors and drawing attention to perceived issues are good places to start. Power comes in many forms and mayors’ hands needn’t be tied.

Jonathan White is UK head of infrastructure, building and construction at KPMG