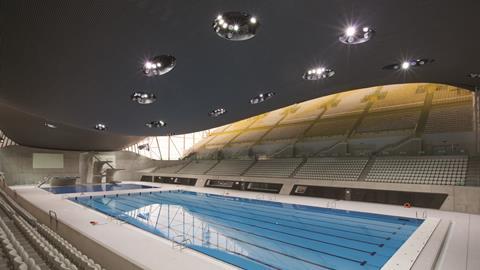 What was it like working on one of the most iconic venues on the Olympic park?

Amazing. It’s an incredible venue, though, of course, we won’t see a real view of it until the Olympics are over and the [temporary] stands have been taken down. They had to put them up though. We can’t sustain a swimming venue that seats 20,000 people - it’s just a waste of money. We had to compromise.

Delivery was tough; we always knew it was going to be. We set out with questions over whether the design or working with a signature architect would be an issue. It wasn’t at all.

How did you find working for the Olympic Delivery Authority?

It has all been incredibly well run. The ODA has been a fantastic customer and considering they were set up from scratch, it’s amazing what they have achieved. Several of the individuals involved have obviously just been included the New Year’s Honours list and absolutely rightly. I hope we can all learn a lot of lessons from it about having a really motivated client who wants to deliver in a collaborative way.

What are your thoughts on recent criticisms of the London 2012 Organising Committee’s (LOCOG’s) “draconian” marketing policies preventing construction companies from promoting their hard work?

Everyone knew what they were signing up for when they started working on this project though didn’t they? The sponsorship deals are big, big money. Companies have paid an awful lot for that sponsorship and LOCOG has to be very mindful of it. LOCOG is a very different organisation from the ODA - it’s a bit like an events company more than anything else. I don’t knock LOCOG at all - I think they have a tough job to do and are working in an environment where constraints are hard.