Privileged position: How claims consultants can protect themselves from disclosure

Claims consultants may not have the same legal professional privilege as practicing lawyers, but they can explore another route to protect themselves from disclosure 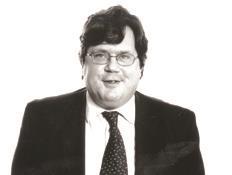 Tony Bingham has concluded that the recent decision of Mr Justice Akenhead in Walter Lilly v DMW (13 April, page 46) amounts to a setback for claims consultants and their clients and an example of the legal system failing to keep up with the demands of business. Readers will recall that the judge held that the secrecy that comes with legal professional privilege does not apply in a situation where a client uses a claims consultant, rather than a qualified lawyer, to assist them and advise in adjudications.

I will explain later why I think there is more than a glimmer of hope for claims consultants to avoid the full weight of this decision. First, I think we should consider whether what Tony describes as an “unrealistic” decision really is a stark example of an inflexible legal system maintaining the status quo for no good reason at the expense of the industry it supposedly serves.

Parliament introduced adjudication into UK construction contracts as a “quick fix” method of resolving disputes to replace the cost and grind associated with arbitration and litigation. The use of adjudication has far outstripped expectations and this has undoubtedly increased the workloads of claims consultants at the expense of the lawyers. Indeed, on the principle of if you can’t beat, them join them, some lawyers have teamed up with the claims consultants.

In some ways these changes are at least consistent with the more macro trends with government sweeping aside professional closed shops - and the law has been no exception - and with the privatisation of the civil justice system over the last decade or so, where the judicial clarion cry has been in favour of alternative dispute resolution.

The question that lies at the heart of all this is whether there is any good reason why the secrecy that attaches to legal advice given by a practicing lawyer to the client should not be extended to situations where the client is obtaining advice of a directly or indirectly legal nature from a non-practicing lawyer or claims consultant in the context of dispute resolution.

Frankly, given the role that claims consultants have to discharge in adjudications, any notion that they never stray into the realms of legal advice is disingenuous. And when does advice cease to be contractual and become legal anyway?

Given the changing times in which we live, and some of those changes I have touched upon above, it seems to me that unless there is a fairly comprehensive review of how these often arcane rules operate in practice and whether what may appear to be anomalies are justifiable, there is a serious risk that the legal system will look increasingly out of touch, not only with industry demands, but also with reality.

I said that all was not necessarily lost for the claim consultants on the basis of this decision and let me now explain what I had in mind. Interestingly, Mr Justice Akenhead touched upon what he identified as an “outstanding possible issue” for the courts to resolve, which he suggested would give rise to serious “issues of policy”.

What the judge had in mind was a party seeking to achieve the same sort of secrecy for advice given by a claims consultant relying upon a completely different type of “privilege”, known as “litigation privilege”. Crucially, for this type of privilege to apply it matters not whether the party giving it is the proud owner of a practicing certificate or a wig. Instead, the test is whether the document containing the advice was prepared in anticipation of potential litigation. If so, it is protected from disclosure to the other side.

So far so good, but what about the fact that the advice was being given not in anticipation of litigation as such, but adjudication? The relevant authorities make it strongly arguable that what in fact matters here is not the forum for the dispute, but whether the process is “essentially adversarial in nature” as opposed to inquisitorial. A striking example of this approach is a recent decision of the Competition Appeal Tribunal in which the court held that notes of third party witness interviews conducted by lawyers during an OFT investigation were privileged because the stage of the investigation when they were prepared was “sufficiently adversarial” to amount to litigation.

Obviously litigation privilege comes with its own issues. Nevertheless, if the courts are prepared to adopt a similar approach to that adopted in the OFT case, I suspect this would open the door to parties having a realistic opportunity of avoiding the need to disclose advice and other documentation generated by claims consultants and other third parties during the adjudication process.

They are certainly just as meaningful to the participants and surely that is what ultimately matters.