Quentin Shears: Thinking inside the box

I’ve never been entirely sure what management consultancy is. My only hope was that nobody else knew either

Quentin Shears, 48, is a partner in Newt UK, the recently rebranded subsidiary of US construction giant Gator Corp. While Quentin has been coming to terms with his new masters’ work culture, they have been deciding what to do with their new outpost in Austerity Britain. This has involved a summer of intense strategising and extreme levels of thinking outside the box …

I know how those Chilean miners must have felt. I’ve been in so many meetings over the past few weeks that daylight seems a distant memory. And, being owned by Americans, we haven’t even got the option of belting out the national anthem to boost morale.

Things have become more frantic in recent days. This is partly because biscuits are being more strictly rationed, but mainly because our deadliest rival, the Hemel Hempstead-based practice Biddingtons, have unveiled a five-year plan that may change the world of quantity surveying in Hertfordshire as we know it. They’ve launched a management consultancy division.

“It’s genius,” muttered John Jr, as he cracked open his fourth flipchart of the afternoon. “Can we get some more coffee in here? We’re going to be a while figuring out a response to this.”

Under the table, I began to text my wife Alison to check she was recording Top Gear.

Around the table, the senior partners were channelling their many years of experience into avoiding eye contact with John Jr. Unfortunately, it was me who blinked first.

“Maybe we could, you know, get into management consultancy, too?”

This presented a problem: I’ve never been entirely sure what management consultancy is. My only hope was that nobody else knew either.

“The thing about management consultancy is it’s about getting in early,” I ventured. “We’re sitting here waiting for people to plan new buildings. We need to be advising them before they even know what a building is! To put it in language everyone can understand, it’s about facilitating asset optimisation.”

I paused, wondering if I had gone too far, but John Jr looked delighted. “Brilliant, Quentin! So, if Biddingtons are getting in early, we need to be there before them!” 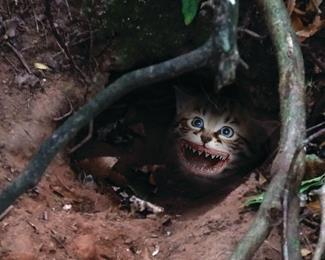 John Jr beamed as he unfurled a new flipchart. “So it’s simple, gentlemen. We need to get in earlier than early. Let’s strategise!”

There was a pause, which swiftly turned into a deathly hush. Under my breath - and I didn’t even realise that I knew the tune - I began to hum the Chilean national anthem.

Finally, as I approached the 17th verse, someone spoke. Alan Quimby, the oldest of the partners, clearly feeling he had less to live for than the rest of us, decided to take a hit for the team. “The part I’m struggling with, John, is that I’m not quite sure, I mean, this asset premonition, in a real sense … is actually a thing.”

John Jr looked at him coolly, like a lion contemplating a stricken wildebeest. “What are you trying to say, Quimby?”

It was hideous to watch. Someone had to do something. Without thinking, I blurted out: “Maybe Alan’s got a point - what if we forget about earlier? Earlier’s been done!”

“So what do you suggest?” John Jr enquired. Suddenly I was the wildebeest.

John Jr looked at me blankly. Time stopped. No amount of nationalistic humming could save me now. But then his eyes wrinkled into a smile. “I like it. Nobody’s building anything, right? So buildings are getting older, crummier, dirtier. And dirtier means rats, cockroaches …”

“Quent,” Alan hissed in my ear. “What’s he saying? Is he talking about facilities management?”

John Jr was warming to his theme
“… Cockroaches will still be with us after the apocalypse - now that’s a stable market!”

It seemed we were moving into pest control.