Stop charging so much in adjudication

The lawyers spend hour upon hour writing submissions; arguing. It costs thousands to give a decision, which is irrelevant and not binding in a court

Aesop and his fables tell you about the cottager and his wife; they had a hen that laid a golden egg every day. They supposed that the hen must contain a great lump of gold in its inside, and in order to get the gold they killed it. To their surprise the hen differed in no respect from the other hens. The foolish pair, hoping to become rich all at once, deprived themselves of the gain, which they were assured day-by-day. And we keep on in the disputes business being foolish … greedy. We re-invent litigation time and again, then it becomes bogged and clogged with procedural rules and more complex rigmarole. Then it becomes drawn out and hellishly expensive, even prohibitive. Damn it, we did the same with arbitration; daft expensive rules masquerading as “crucially fair” to the parties but in reality artificial. So we re-invented arbitration. Eventually it will become beaten to death by worries over fairness and the costs will go up again. Mediation has become outrageously expensive. Come on chaps and chapesses, don’t kill off that hen.

When 28-day adjudication came along, fees as representatives (in adjudication) were hardly any. That’s because it wasn’t any business of solicitors or barristers. It was invented to be a “sniff and shrug” by an independent QS hauled in off the streets to give two other QSs a thick ear. All gone. Adjudication has slipped almost unnoticed into something it is not. The parties and the adjudicator are treating it as a life and death trial for a final and binding decision, which it is not. It is a rough and ready exercise of judgment as to which party should have the money until properly sorted out later. We are taking adjudication too seriously. And that means serious expense. Stop it.

Let’s see what’s happening with adjudication. Focus first on the adjudicator’s time involvement. In seven cases out of 10, the respondent will raise an objection to the right to adjudicate at all. We call it a threshold jurisdiction challenge; the adjudicator’s money meter races into action. The adjudicator can spend hour upon hour on this. The lawyers for each party spend hour upon hour writing submissions, arguing. It costs thousands to give a decision, which is irrelevant and not binding in a court. In a recent case a long submission telling me to go away was met with a rude remark by me; I said in a one-line reply “Your challenge is hopeless”. That email cost 10 bob. Reading the submission costs oodles. But some adjudicators would have agonised many hours over this. Then comes the expense of “being fair”. The parties want to argue the main dispute around the table; lawyers and all. The lawyers want to make submission after submission. And the fairness requires the adjudicator to read every line, consider every nuance and worry the files to death.

And worst of all is the growing tendency to go to the far end of the spectrum of “taking the initiative to establish the facts and the law”. Wow, the adjudicator really does clock up the fees in this territory. The worst behaviour is where the adjudicator puts a team of people on the case. He organises an inquiry of every variation, every extension of time allegation, and every ounce of prolongation. The adjudicator can be just as bad when he searches for arguments not thought of by the parties. None of that is meant to apply in this 28-day look and sniff. Oh I don’t blame it all on the adjudicator. It’s the parties and the representatives that treat adjudication as though it is the last chance saloon. They insist that the adjudicator explores every tooth and nail of the dispute and on top of that each party wants to beat up the other side. It won’t be long before someone suggests that we invent a system that only decides which party will hold the disputed money until properly sorted out later. We could call it, er … ADJUDICATION. 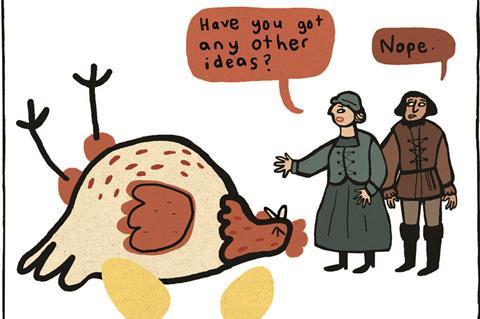