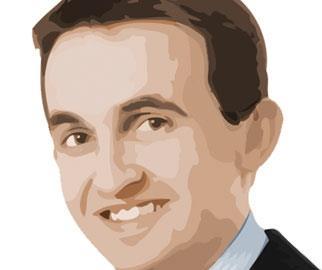 New trading regulations that target misleading marketing are there to catch the rogues. But their remit is so broad you could inadvertently commit an offence, too

Both CPRs and BPRs aim to sideline rogues and restrict unfair marketing while minimising the burden on legitimate businesses. However, as with any new law, the main worry for regulators and regulated alike is lassoing non-cowboys – or rather, “unintended consequences”.

Although the CPRs have received much of the publicity, the BPRs will be of greater significance to readers. This is because the CPRs only concern traders who work for individuals such as residential owner– occupiers and people (not companies) acting as clients on one-off projects. They most notably create a duty to trade fairly.

The CPRs are broader in the duties they impose than the BPRs so what follows with regard to the BPRs will generally apply to the CPRs too.

The BPRs ban “misleading advertising” by developers, contractors, consultants, suppliers and so on, when dealing with other businesses. Their remit is not as narrow as first appears. “Advertising” means any representation made in connection with a business to promote the supply of any goods or services. And it is “misleading” if it deceives or is likely to deceive the business to which it is addressed or reaches and is likely to affect their economic behaviour.

This is so wide that it includes almost all statements made before entering into a contract that are likely to affect whether it is concluded, its terms and how it is operated. Therefore, for instance, a contractor that says to a developer at a tender meeting that it will complete the job on time and then does not do so may be guilt of misleading advertising. Equally so may a contractor who proposes carrying out works by using a certain product but then uses a different one.

Of particular concern is that misleading advertising is a criminal offence punishable by up to two years’ imprisonment or a £5,000 fine. The penalty depends on whether the accused has a good due diligence defence. For companies, the accused might be both the company itself and the director, manager or similar officer who made the statement.

Of particular concern is that misleading advertising is a criminal offence punishable by up to two years’ imprisonment or a £5,000 fine

Due diligence is important where the offence arose because of a mistake, was the fault of someone else, an accident or another cause beyond the accused’s control. However, this is only applicable if the accused has taken all reasonable precautions and all due diligence to avoid committing misleading advertising.

A similar offence was in the Trade Descriptions Act 1968, much of which is now repealed. There was not exactly a flood of prosecutions in the industry under that act; one judge said “parliament never intended to criminalise what is really a breach of warranty.” So, there are grounds not to be unduly alarmed now.

Second, due diligence is a defence that the accused must prove on the balance of probabilities. An investigation might be started and charges brought with less certainty of wrongdoing than before.

The enforcement authorities under the BPRs include the Office of Fair Trading. The BPRs expressly require them to enforce the regulations and provide sweeping powers to do so. For example, they may at reasonable hours and without a warrant enter premises to seize documents and goods (a warrant is required for dwellings).

Of course, most of the time the authorities will not intervene because the wronged party will pursue civil claims, such as for damages, by, say, adjudication or court proceedings. The BPRs and CPRs would not assist with such claims. Should a claimant try to involve the authorities, they are unlikely to be too interested in all but the clearest cut and easiest to prove of cases, or perhaps where the complainant is a public authority.

It is these practical limitations that are relied on to counterbalance what are, on paper, broad criminal rules – so that there are not so much unintended consequences but minimal grounds for technical defences. It will be interesting to see how bodies like the OFT enforce the CPRs and BPRs and it would be unsurprising to see some early test cases that explore their outer limits.