The Grenfell inquiry is an 18-month process, we must not rush to judgment

You could be forgiven for thinking that architecture was on trial at the Grenfell inquiry after a run of pretty awkward headlines over the past two weeks Coverage so far has not cast the architects in a great light, with stories such as: “We wouldn’t have won Grenfell refurb in competitive process” and “Architect had not read key fire safety guidance”. 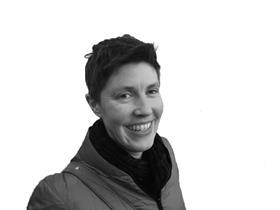 Architects with no connection to the tragedy tell me they are getting a hard time from friends who previously showed little interest in their work, asking if it is normal for the profession to be so unaware. It is certainly not the sector’s finest hour and it is right that tough questions are asked, but it is also important not to jump to hasty conclusions.

We are in the opening weeks of an 18-month process. As Building went to press, only three witnesses had been called and they all worked for Studio E. In the months ahead, every contractor, subcontractor and consultant who worked on the project will face the same level of scrutiny from the inquiry’s barristers, as will everyone client side and in building control. There will be plenty more negative headlines.

Each story will be a small fragment of the whole picture because it is impossible to report every angle covered in 1,500 hours of evidence. Some will feel unfair, such as the focus on Neil Crawford’s unqualified status. As all architects but few members of the public know, it is not at all uncommon for even the principals of well-known practices not to have their part III – Sadie Morgan and Thomas Heatherwick among them. This does not mean they are inexperienced or incapable.

The purpose of the inquiry is to examine the circumstances leading up to and surrounding the fire which caused the deaths of 72 people. It is crucial that all the mistakes are brought into the light, not only to ensure lessons are learnt but also to satisfy us that nothing is being covered up.

It is going to be an uncomfortable 18 months but we must wait until the whole jigsaw of evidence has been assembled before making judgments about where the blame for this disaster lies.