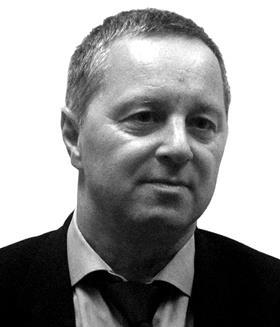 The growing backlash against austerity economics in Europe and the drubbing in the polls has presented a huge challenge for the UK’s coalition partners.

If Cameron’s cabinet doesn’t yield on its deficit reduction programme it will have to find growth from somewhere and fast. It must also give electors hope and convince them that its policies are fair.

Sage commentators have repeatedly said since the outset of the financial crisis that any sustainable solution must address social cohesion as well as economics.

The government needs the electorate to buy the slogan “we’re all in this together”, because the figures look desperate. The economy is within 0.5% of where it was at the time of the June 2010 “austerity” budget and it has dipped back into recession.

That is well shy of the promised 2.3% growth in 2011 and 2.8% in 2012. Meanwhile the number of mouths to feed in the UK has probably swollen since June 2010 by best part of one million. On a per capita basis the economy has shrunk.

The nation is crying out for a plausible and practical growth strategy and even more the nation needs to be optimistic about it and see visible signs of things improving.

Surely this is a time for the government to turn to construction?

It should be. More than most industries, construction can unlock near-term growth. Furthermore it symbolises national advancement, promising better welfare, more jobs and economic growth.

The government, like most before it, recognises the power of the construction industry. But it has been neither smart enough nor bold enough in harnessing that power to the nation’s best interest.

To do so it must accept its ignorance and pick its advisors more wisely.

The Plan for Growth launched in March 2011 recognised the importance of construction. It even proposed a nine-point plan for the industry.

But the cringingly motherhood-and-apple-pie notions filling the document have been found wanting. The hope that “radical” changes to planning laws, reduced regulation, a clearer view of the public procurement programme or an appeal to international investors to invest in British infrastructure would underpin growth was always a leap beyond optimistic.

These are all nice-to-do, important long-term things. But the crisis is immediate.

So why doesn’t the Government get it?

Sadly, I suspect, there is a fault line in policymaking when it comes to construction.

On one side the industry big guns and business in general push (quite understandably) their particular agenda as they lobby Government. On the other side, politicians and their policy advisers have dangerously little knowledge of construction. In the middle there’s a mix of experts giving advice, often good advice, on how to tackle problems that have dogged the industry for years. The end results seem to be a mix of long-held aspirations and policies to fix long-term problems.

But to grab a cliché, let’s not fiddle while Rome burns.

The government can’t do much about its ignorance, though it should be aware of it. It should recognise that the interests of big construction firms and big industry are not always directly aligned with the interests of the nation. It should understand that the immediate problems are not the likes of planning, regulation, procurement or inducements to investors.

So what is the problem?

It’s simple. There isn’t enough cash. And what there is could be channelled to greater economic effect.

Government is cutting public sector capital investment. OK, that’s its choice, but the problem is that the private sector is equally cautious about pumping cash into construction.

The mortgage market is constrained. Blame lenders all you like, but who really wants to invest in rather risky British bricks and mortar at a rate of return of that barely beats inflation when there are other BRICs to invest in?

Investment in commercial property is limp, retailers now seem to want fewer shops not more, businesses seem keener to rebuild margins than invest for growth, consumers haven’t the spare dosh to tart up their homes, the Green Deal is in a mess and hoped-for buckets of cash for infrastructure don’t appear (to me at least) to be any closer or larger than they were a year ago.

On that basis the game looks lost. But should it be?

Before we give up hope let’s remind ourselves of why we should immediately start to pump more cash into construction.

Depending on your choice of measure, the recession has cost construction up to 400,000 jobs and there are around 170,000 former construction folk looking to get back into the industry. Plenty have retired, moved on to other jobs or gone abroad.

Meanwhile, there are 200,000 more out-of-work males aged 16 to 24 than there were in mid 2008. This is the traditional recruiting ground for construction.

The longer these people stay on the dole the more ground down they become. A healthy state is built on a healthy state of mind, not desperation and disillusionment.

Delivered well, new construction projects provide hope and jobs to those they employ, but also hope to almost everyone in the nation that tomorrow will be better than today. Folklore tells us that construction work was critical during the global depressions of the 1930s in forging economic and welfare improvements.

That’s a strong social case, but what about the economics?

The marginal cost to the Treasury of shifting someone from the dole queue to work in construction is about a third of the actual cost, when you account for reduced benefits and increased employment taxes.

The case for concentrating on job creation in a recession is manifold. Put simply, the Treasury can buy construction work at a huge effective discount when it shifts people from the dole queue to employment. That’s a bargain not available in a buoyant economy when the option is to entice workers from abroad or other industries.

Meanwhile those new employees put more money into the hands of shopkeepers. The construction work itself creates demand for suppliers. More jobs are created. That, in part, is the multiplier effect and construction comes out pretty handsomely in comparison with other industries. And some parts of construction much better than others.

OK, if the case is overwhelming, how do we get construction into gear and driving growth?

So how can we spend on construction to greater immediate economic effect?

Many benefits of construction accrue over time and are widely spread, particularly when it comes to infrastructure. This is partly why it’s hard to fund.

But we’re in the hole now. We should favour work that delivers the most immediate impact. As we have seen in a recession there are huge benefits to favouring work that generates the most jobs. And here not all construction is equal, far from it.

If we spend £1 billion on construction we generate about 20,000 jobs on average. That comes from a crude calculation that the industry output is about £120 billion and it employs more than 2 million people.

However, analysis by ConstructionSkills, the industry’s skills council and training board, shows that different types of construction generate very different numbers of jobs for each pound spent.

So while big infrastructure projects are vitally important to the long-term future of the nation in the short term they generate less employment and have less immediate economic and social impact as improving the quality of existing homes, or for that matter any other buildings.

As the labour coefficients show that there will be great variations across all types of construction work, it means the choice of project with most immediate economic appeal may well be the one with least immediate public relations appeal.

That might be a tough one to swallow for politicians. They do love to have nice big prestige projects to open as a way of illustrating their economic virility.

In Part II, I’ll look at how rethinking finance can help generate more construction now and benefit the nation immediately and in the long run.