There is enough suitable brownfield land in England to build more than 1 million new homes — so what’s the delay? 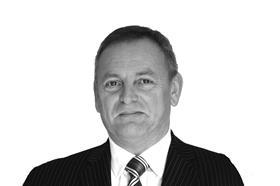 The latest report from the Campaign to Protect Rural England (CPRE) shows there is enough suitable brownfield land in England to build more than one million new homes.

The report is based on an analysis of local council brownfield registers. It shows there are more than 18,000 sites – an increase of 2,600 since February 2018 – and more than 26,000ha of brownfield land that could be built on. The report also suggests that the majority of the brownfield land they have identified is ready to build on now.

Sadly, it is still often quicker, easier and cheaper to develop on greenfield sites, mainly because of the land’s previous industrial uses

However, according to the report, of the sites identified, just half have been granted planning permission. So, what’s the problem?

Councils, planners and developers are all hugely supportive of building on brownfield, because it brings life back to abandoned industrial sites which will clearly go a long way towards helping deliver much-needed homes in many sought-after locations. But sadly, it is still often quicker, easier and cheaper to develop on greenfield sites, mainly because of the land’s previous industrial uses.

This is because preparing former industrial land for reuse as residential developments can be very costly. Unlike land that has never been built on, brownfield sites need to be demolished, and then any environmental liabilities need to be removed.

The land then needs to be refilled and services and utilities need to be available so that it can be used for residential development.

These costs can really mount up, and that is before any actual development has taken place. So what is the answer?

The CPRE says that if the government is serious about using the sites, they need to introduce a genuine brownfield first policy so that suitable brownfield land is prioritised and incentivised for redevelopment over greenfield land.

According to the CPRE, there is brownfield capacity wherever there is a threat to the Green Belt, so LPAs need to be empowered to refuse planning permission for greenfield sites where there are suitable alternatives on brownfield land and be supported in purchasing and controlling brownfield land for development.

The CPRE also says that local government should also be using its brownfield registers to promote suitable sites and try and attract developers to build there and make it easier to getting permission to do so.

We have a housing shortage, and the solution is there – the potential for 1 million new homes on land that is ready to be developed.