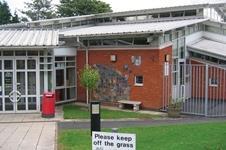 Estelle Morris gives top marks to a much-improved Birmingham primary school, but thinks the designers of the Institute of Education deserve a ticking off

The current school rebuilding programme is allowing architects, teachers and others to transform intimidating or unstimulating learning environments into welcoming places that feel very different to the schools we knew.

An early example, in my former constituency, is Cottesbrooke infant school in Yardley Road, Birmingham. Unhappily situated on a cramped site next to a main road, the lack of space meant it was an unwelcoming school before it was rebuilt at the start of the decade.

Cottesbrooke school was opened in 1932 and was originally housed in the Baptist school hall. In 1934 a series of wooden huts was erected and many years later corridors were built and the school and toilets enclosed. As the years passed, the building deteriorated and after 16 years of campaigning the council gave the go-ahead for a new school to be built.

Its new design would not necessarily be my favourite on other sites but it sits perfectly here. It has a lot of light, with glass from top to bottom through much of it (although that can make it difficult to hang children’s work). It has a lot of storage space and has provided teachers with a staffroom worthy of one of our most important professions.

Working with staff, the architects designed classrooms that suit class teaching and allow children to sit in small groups, or even by themselves. They have also mitigated the worst effects of that troublesome road. You walk from a narrow, noisy pavement into a beautiful reception area, and the school wall and gate are a magnificent statement that an important building sits behind them.

The Bedford Way home of the Institute of Education is the fourth building to be inhabited by the organisation, which moved from its original spot at the London School of Economics to cope with increasing student numbers. The building, designed by Denys Lasdun, was opened in 1977. Only one of the five wings designed was ever completed.

I am sad to say that my least favourite building is the Institute of Education in central London. I admire the institute’s work greatly. I have had stimulating and enjoyable meetings in its gorgeous lecture theatre but the approach to its sixties concrete exterior is always dispiriting. What’s more, it seems out of place in a part of London particularly full of character.

Estelle Morris is a former education secretary, life peer and chair of the Great Schools Inquiry