Wonders & blunders with Jeremy Till

Jeremy Till celebrates the democratic, contested space of Tent City outside St Paul’s but decries the increasing privatisation of our cities, symbolised by the gate to Paternoster Square

My wonder is Tent City, London. To choose a motley collection of tents gathered in a fragile huddle on the steps of St Paul’s Cathedral might seem a perverse choice as a wonder of the building world. But one needs to look beyond the tents as mere objects and see them collectively as the manifestation of an advanced and truly democratic form of social organisation.

Where so much of the production of the built environment is now regulated down to the lowest common denominator, accompanied by procurement processes that pay only lip services to the needs and desires of future users, Tent City shows us in real time how spaces can be negotiated collectively, how they can be used in an adaptable manner, and how issues of social justice are played out through spatial justice.

Against this rich occupation of space, my blunder is the gate to the neighbouring Paternoster Square. This edifice, the relocated Temple Bar, one of the original gates to the City of London, clearly meets the standard architectural criteria of commodity, firmness and delight. But beyond these physical virtues, the gates play a less acceptable social role, demarcating as they do one of the increasing number of spaces in our cities - from shopping malls to business district squares - which have the semblance of public life but are actually highly regulated and legislated by private interests.

It was these gates which conceptually and actually resisted the original occupation, and shifted it from a privatised area of corporate London to one of the few remaining public spaces in the City.

So my wonder celebrates the potential of public space to allow democratic, contested, action to take place, and my blunder despairs of the increasing shut down on public freedom in our cities. 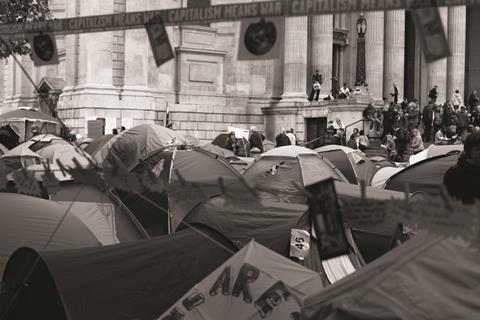 Tent City was set up outside St Paul’s, London, on 15 October 2011. Health and safety fears that people might trip over tent guy ropes shut the cathedral for five days - longer than the combined efforts of the Luftwaffe bombers that pounded London during the Second World War. 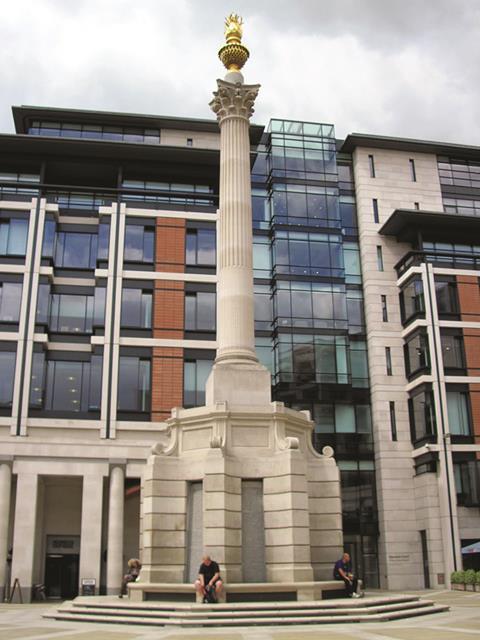 Temple Bar London was originally constructed in 1650 to define the boundary between the City of London and the City of Westminster. In 2002-4 it was re-sited back to the City to form the new entrance to Paternoster Square adjacent to St Paul’s Cathedral. CWO was main contractor on the grade-I listed Portland stone conservation project.