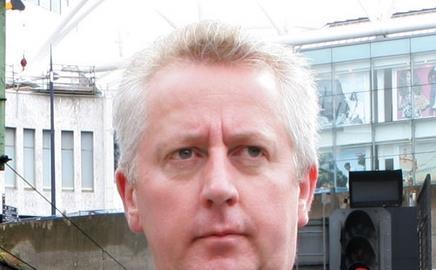 My wonder is Birmingham’s International Convention Centre. The reason it stands out is twofold – first, it reminds me of Dr Who’s Tardis, because you could never imagine from the outside what it is capable of containing inside. Second, because of its outstanding symphony hall. It was designed with the conductor Sir Simon Rattle in mind and can hold two orchestras.

The building is above a railway tunnel and its foundations, which you can tour, are a unique egg-shape, which helps dampen noise and vibrations. It also allows the hall to sink and settle depending on how full it is. I saw it 15 years ago and it has stayed with me.

My blunder is Quarry House in Leeds. It’s one of the ugliest buildings you’ll ever see and public architecture at its worst. It reminds me of the buildings Boris Yeltsin stood outside during Russia’s constitutional crisis. It has a cold war feel about it, which doesn’t give you confidence you’re entering a warm, inviting place.

Even though it was built in 1993, it’s reminiscent of some of the grimmest mills in Lancashire, where I’m from – although that doesn’t do the mills justice.

Venues for Mozart: Birmingham’s International Convention Centre, which opened to the public in 1991, was designed by the Percy Thomas Partnership and Renton Howard Wood Levin. The £200m structure can hold up to 3,700 people

… and Yeltsin Designed by Sir Terry Farrell, Quarry House in Leeds opened in 1993 to house an office of the Department of Health.