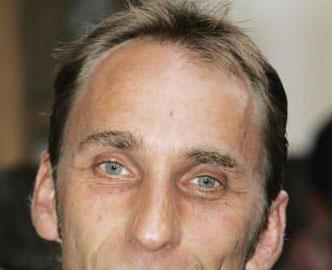 My blunder is St George’s Wharf, to the south-west of Vauxhall Bridge, which contains a hideous apartment building. At the top of it, its weird gull’s-wing features are an example of how architects who strive for organic form manage instead to create something less organic. I don’t know whether this is true but I’ve heard that one of the penthouses has a swimming pool, which would symbolise the cheesy banality of this truly ugly building. I do wonder about the people who buy these flats. And the whole wharf development is mad. They’ve been working on it for at least as long as the 10 years that I’ve lived in this quarter of London and it blocks the riverside, so that you can’t walk to Battersea. It’s a woeful contribution.

My wonder is another modernist building in south London: Stockwell bus garage. It’s superficially similar but actually completely different from St George’s Wharf and is, I think, atypical of concrete construction. It consists of a series of 10 arched ribs running across the roof, each spanning about 20ft, as barrel vaults. At 80,000ft2, it’s like a great grey whale. But you have to get up quite close to appreciate it because, not being very high, it doesn’t dominate its surroundings. It’s a lovely building – sinuous, curved, organic – and yet it exhibits the best constructivist principles. As all good architecture should be, it’s a unity of form and function. Now listed, it’s a superb example of British modernism – and almost a cathedral of transport. I could live in it for a year.

One in a million

Stockwell bus garage was designed by Adie, Button and Partners, with the engineer AE Beer, and was opened in 1952. The garage provides 73,350ft2 of parking space and could originally house 200 buses. At the time of construction it was the largest unsupported area under one roof in Europe. Since 1988 it has been grade II*-listed.

St George’s Wharf was designed by Broadway Malyan and includes apartments, shops, restaurants, offices and a hotel. This is the second time it has been chosen this month …

Will Self is a novelist