This CPD, sponsored by Franke Sissons, will consider how to conserve water in buildings and the ways specifiers can help to reduce water consumption 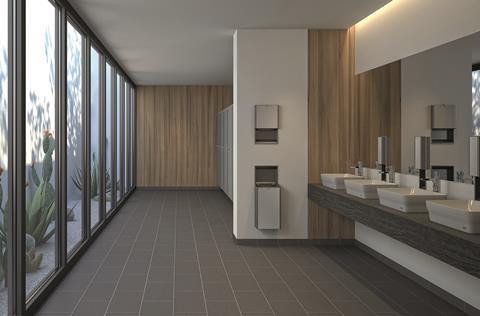 The threat of climate change is exacerbating a shortage of freshwater across the globe. A total of 97% of the world’s water is seawater – salty – and consequently undrinkable. Glaciers contain 2%, leaving just 1% of available water as freshwater for a growing world population approaching 8 billion people. Countries are making strenuous efforts to address water shortages, and unquestionably the built environment can play its part.

This CPD will look at the issues surrounding water demand and supply, ways to conserve water in buildings and how specifiers can help reduce water consumption.

EU member states have made substantial progress in the past 30 years to improve the quality of drinking water. Some of the strongest weapons have been the EU’s Water Framework Directive, the Urban Waste Water Directive and the Drinking Water Directive.

In his famous “Jaws of Death” speech, Sir James Bevan, the chief executive of the UK’s Environment Agency, this year said water wastage needed to become as socially unacceptable as “blowing [cigarette] smoke in the face of a baby”.

While this was an extreme point, Bevan used such dramatic language to get the media’s attention. In his speech, he warned that because of climate change, by 2040, more than half of UK summers were likely to exceed 2003 temperatures – meaning more water shortages. By 2050, the amount of water available could be reduced by 10%-15%, with some rivers seeing 50%-80% less water during the summer months. This would result in a higher risk of drought, caused by the hotter, drier summers and less predictable rainfall.

Bevan argued that research had shown a water label for water-using products combined with product standards and building regulations could reduce per capita consumption by 30 litres a day within 25 years.

The average person consumes around 140-142 litres of water per day, with more than half (63%) of daily water consumption per person at home originating from the bathroom or the toilet. The UK’s population is projected to grow from 67 million now to 77 million by 2050, according to the Office for National Statistics. Such pressures on existing water systems will mean shortages will increase if nothing is done to conserve and reduce water usage.

It is estimated that 25% of the water in the UK’s water system is being lost at any one time due to leaks – just one dripping tap can waste around 5,500 litres of water a year. If the entire adult population of England and Wales remembered to turn off the tap when they were brushing their teeth, it could save enough water to supply nearly 500,000 homes and fill 180 Olympic swimming pools every day.

The water by-laws that came into effect in 1999 stated that “no flushing device installed for use with a WC pan shall give a single flush exceeding 6 litres”. This is the ideal scenario for new installations, but many older toilets could be still using as much as 13 litres of water per flush.

Water shortages are not uniform across the UK, with the North-west, Wales and Scotland generally having an adequate supply and the South-east experiencing the greatest pressure. According to the Greater London Authority, London is pushing close to capacity, is likely to have water supply problems by 2025 and “serious shortages” by 2040. Taking a more global view, water issues hit hardest in warmer regions, for example in southern Europe, particularly where there are large numbers of tourists or a lot of farming.

How to reduce demand

Some people take the view that any restriction on water use is a restriction on people’s quality of life. In Melbourne, Australia, attempts to get residents to take fewer showers to save water met with opposition, but crucially they were happy to adopt water-saving technology by fitting flow regulators in showers.

In addition to trying to change people’s behaviour, the industry needs to focus on other solutions. In the UK, “Waterwise” targets aim to reduce daily consumption to less than 100 litres per person per day and reduce leakage from the supply network by 50%.

Water companies are proposing to reduce leakage by 461 million litres every day between 2020 and 2025, which is more than 16% reduction on current usage. Michael Roberts, chief executive of Water UK, said last year: “As well as planning increasing investment, water companies have publicly committed to cut leakage by 50% by 2050.” The water industry has already reduced leakage to levels one-third less than in the mid-1990s.

The Environment Agency has plans for potential new reservoirs, desalination plants and pipelines and canals to enable water to be transferred to where it is most needed. Just 4% of current supplies are transferred between individual water companies, but there are plans for 20 new transfer projects.

The amendments are separated into two levels:

Ultimately, this demonstrates that changes are happening. More information is available in: The Building Regulations 2010 – Sanitation, hot water safety and water efficiency.

What can the construction industry do?

The construction industry needs to educate clients on the need for water efficiency and explain the lifetime value of more intelligent systems. The industry needs to continue to design out demand domestically and look to do so in commercial washrooms by using water-efficient products taps, showers, urinals, WCs and water management systems.

To study how to save water and energy in washroom environments, recent research by Franke chose an office of 200 people and assumed that occupants visited the toilet three times during working hours, based on the calculation that people use the toilet on average six to seven times a day. This was also based on people washing their hands for around 30 seconds each time and the average cost per litre of water being £0.0018.

This study took into consideration that purchasing 10 new water-saving taps would result in a return on investment at the end of year one, with a total water saving of 900,000 litres. This was based on 1.8-litre-per-minute electronic taps with an average selling cost of £285 per tap, versus the BREEAM base level of 6 litres per minute and an average selling cost of £125.60.

According to the Waste Resource Action Programme (WRAP), new products can help slash water consumption. Using 10 electronic taps with 1.8 litres per minute flow regulator could result in a cost-saving of nearly £3,400 within three years – or 2.6 million litres of water.

Example of water-saving taps include:

Software-based water management systems allow control and monitoring of water usage within a building. This can be achieved through the use of electronically operated fittings and monitoring devices for washbasins, showers, WCs and urinals.

Individual fittings can be linked together to form a network, which can then be controlled and monitored centrally. Such water management systems are useful in any number of commercial applications and can result in 30% savings on water costs throughout the entire building.

BREEAM carries out third party certification of the assessment of an asset’s environmental, social and economic sustainability performance, using standards developed by BRE.

First published by BRE in 1990, it is the world’s longest established method of assessing, rating and certifying the sustainability of buildings. According to BREEAM, each category being assessed is subdivided into a range of assessment issues, each with its own aim, target and benchmarks. When a target or benchmark is reached, as determined by the BREEAM assessor, the development or asset scores points, called credits. The category score is then calculated according to the number of credits achieved and its category weighting. Once the development has been fully assessed, the final performance rating is determined by the sum of the weighted category scores.

8.0 Water: this category encourages sustainable water use in the operation of the building and site. Issues in this section focus on identifying means of reducing potable water consumption (internal and external) over the lifetime of the building and minimising losses through leakage. Total credits available – up to nine credits. Sections include:

Credits can be achieved by the use of:

Leadership in Energy and Environmental Design (LEED) is an ecology-oriented building certification programme. Rating systems are available for new construction and major renovations as well as existing buildings. The Water Efficiency credit category in LEED v4 builds on the lessons learned from previous versions and expands upon the strategies to take into account indoor use, outdoor use, specialised uses and metering. It also measures all sources of water relative to a building, including cooling towers, appliances, fixtures, process water and irrigation. Using an “efficiency first” approach, the project designers are asked first to pursue water use reduction strategies and then to consider non-potable and alternative sources of water.

With an increasing number of projects now including water saving products, it is important to consider the following factors: 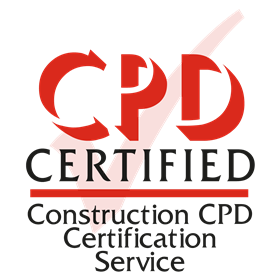