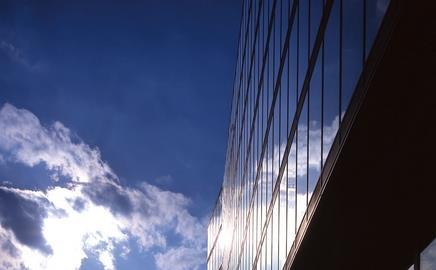 A thriving economy and the biggest residential boom since the Velvet Revolution are driving the Czech market, report Miroslav Vasko and Pavel Cermák of the Prague office of EC Harris

Despite strong growth in the Czech economy in 2005 and 2006, consumer inflation over the past year has been low at just 2.6%. This was primarily due to the labour market, in which wage inflation was low.

Low inflation and the rise in value of the Czech koruna against the Euro and the US dollar allowed the Czech national bank to maintain interest rates at levels lower than most of the Euro zone.

GDP in the Czech economy grew by 6.1% in 2006, driven mainly by customer consumption, while unemployment figures were at about 8%. The Czech national bank forecasts that inflation will remain under control in 2007 at a marginally higher level than last year, even if economic growth is maintained at 5-6%.

The rise in inflation in 2007 is expected because of increases in indirect taxes. Interest rates are assumed to remain relatively low.

The Czech Republic is undergoing the greatest boom in the construction of flats and housing since 1989, with Prague and the bigger cities leading the way. The most significant factors supporting this are increases in living standards connected with steady economic growth, low mortgage rates of between 3-5%, expected changes in VAT and forthcoming state regulation of rents. But the number of unsuccessful projects is beginning to rise and it is expected that deregulation of rent will lead to an increase in rented accommodation over the next year.

In the past two years the offices sector has been driven by two main trends: development of office space outside Prague and the number of real estate investors looking to buy. Currently, the total capacity of modern office floor area in Prague is over 2 million m2 with increases of 200,000-250,000m2 per year expected. After 2008 it is thought there will be some saturation of the office space market.

In the past few years there has been a sharp increase of retail areas owing to the opening of hundreds of new stores – big commercial chains, modern shopping malls and specialised independent stores. The position of multinational chains has been reinforced but the main reason for the rise in retail space is an acquisition wave associated with an exit of international groups, such as Julius Meinl, Delvita and Carrefour, from the extremely competitive, domestic market.

The Czech market of storage and industrial real estate saw a record high in 2005. Take-up was triple that of 2004, although there was a slight decrease in 2006 that cooled the enthusiasm of developers and agents. Development is still continuing on a speculative basis. Prague, its surroundings Pilsen and Brno and other locations along the D1 highway, are leading the market, although little enthusiasm has been shown for redeveloping brownfield sites.

Tourism in the Czech Republic currently provides 13.8% of GDP, 13% of employment and 13.3% of exports. Meanwhile, year-on-year growth in mass accommodation increased by 7% last year.

According to estimates, tourism has the potential to provide up to 22% of employment in the near future. Five-star hotels reported 68% occupancy in 2006, up by 5.7%. But although 60% of all foreigners visit Prague, only 16% of the accommodation capacity is concentrated in Prague, The main problem is the absence of suitable sites. As a result, the reconstruction and conversion of older residential buildings into hotels or apartments is a growing trend. A few international hotel chains are already operating and more are planning to enter soon.

The Czech construction market has enjoyed relatively stable growth over much of the past 13 years. Despite a slight decline during 1997-99, the industry retains a prominent place in the economy.

The main factors in this were:

Productivity in the industry increased 6.3% last year. However employment in the sector increased by just 0.3%. The industry now employs some 160,000 people and the number of management staff is rising owing to increased activities in development and real estate.

Looking ahead, the outlook for the industry for 2007 is positive, with a relatively stable growth forecast and overall investment in construction expected to reach over £12.5bn.

Officially, construction costs rose 3.3% in 2006, but unofficial figures put the hikes even higher.

The increases can be put down to a number of factors:

There were some substantial increases in material prices during 2006. Steel rose 7%, aluminium 10%, copper 20%, concrete 6%, timber 10% and glass 40%. With the market busy and prices on the increase worldwide, further inflation in material prices is expected.

The Czech economy’s growth has had a knock-on effect on the construction sector. Labour rates have run well ahead of wage inflation in other industries and earnings rose by about 8.4% over the past year, compared with 3.6% overall. Because of high social security contributions, on-costs add about 40% to actual hourly rates, so increases in labour rates have a significant effect on construction prices. Labour costs account for approximately 15-25% of turnover.

There are no indications at the moment that the Czech construction market will move away from relatively stable growth, although the industry is susceptible to changes in various external economic factors. Low interest rates, a high level of GDP growth and low unemployment rates are perceived as positive indicators for the development of new projects.

It is likely that any change in interest rates will mainly affect investment in the residential and office sectors. Changes in GDP and exchange rates of the Czech koruna are likely to affect the office, retail and industrial sectors. Changes in yields are likely to affect offices and retail projects and changes in unemployment and inflation will influence all the market segments.

Compared with the old EU countries, yields in the Czech real estate market are slightly down and foreign investors are asking for an increasingly high quality of projects. What the market needs is both the development of more sophisticated buildings and development in cities beyond the capital and the large cities.

In the coming year, it is envisaged that Czech real estate funds will be established, along with opportunities for the use of other funds from the EU, with the market moving towards a surplus of supply over demand.