Over the last 12 months the threat of a double-dip recession emerged as a serious concern for many of the Western world’s largest economies.

This created a sense of turbulence within the marketplace that had an impact on the eurozone and other developed economies, but also had implications for ongoing growth across the Asia region. Against a backdrop of such uncertainty, the Singapore economy managed to maintain a reasonable GDP growth of 4.9% throughout 2011.

However, with the global economy expected to remain subdued throughout 2012, the government has reduced its GDP forecast for the year to 1-3%, with the majority of growth expected to come from resilience within the services sector.

In the first half of 2011, construction demand in Singapore rose although this was then followed by a sharp contraction in the second half of the year, with a resultant 2%-3% increase in tender prices through 2011. Overall, construction accounted for 4.2% of GDP in 2011, with S$16.8bn in private sector projects awarded in the past 12 months. Public sector expenditure contributed almost 53% of total construction demand, with infrastructure and public housing programmes of work still ongoing in 2012.

To meet the needs of these programmes, an extra 8,600 construction workers were employed in the last quarter of 2011 and it is anticipated that these large programmes will soften the potential impact of a reduced demand for work in the first half of this year. 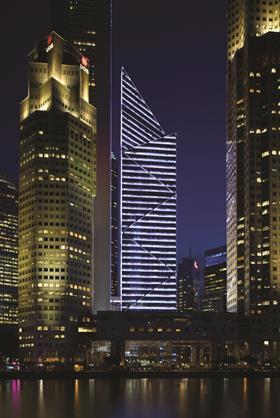 The government’s Housing and Development Board indicated in mid 2011 it would accelerate its public housebuilding programme to create assets ahead of future demand rather than to order. So, despite a slowing economy, the number of construction workers expected to be required during 2012 is about 30,000, an increase on the 18,000 workers required in 2011. The challenge for the industry will be to meet the growing needs of the housing programme in the short and medium term.

The private housing market in Singapore has enjoyed healthy demand for several years, although more recently the rate of growth has been slowing quarter on quarter.

To stem the speculative investment in property and the large inflow of foreign buyers into the market, the Singapore government imposed an Additional Buyer’s Stamp Duty (10%) that is payable by foreigners and corporate entities.

Initial analysis suggests that the number of buyers has dropped since the December 2011 announcement. Although the levy has certainly made the private residential sector less affordable than before, some potential buyers may just be holding back to assess the market and see if there are any further developments throughout the rest of the year.

Similarly, developers have delayed launching projects and there is reduced activity in the secondary market. This could result in lower construction demand, potentially to the benefit of the public housing programme.

Marina Bay Financial Centre (MBFC) Tower 3, the Metropolis and Asia Square 2 will be the most high-profile developments that are completed in Singapore this year, contributing an extra 3.1 million ft2 to the market. South Beach, a large commercial and residential complex, has commenced with completion due in 2016.

On the whole, demand for commercial space is likely to remain limited in the short term as occupiers remain wary of market uncertainties emanating from outside the region and hold off committing to space. Vacancy levels are gradually increasing across the board particularly as a sizable secondary stock has been released on to the market as major occupiers, largely in the financial services sector, have relocated to MBFC or to out-of-town developments. In the long term, Singapore is well placed to exploit its position as the region’s financial hub on the crossroads north-south between China and Australia and east-west between Indonesia and westwards to India and Europe.

The historic land swap that took place between Singapore and Malaysia at the end of last year could also result in additional commercial development. As part of this agreement the Malaysian government obtained some prime parcels of real estate in Singapore’s CBD and indications are that they will use this for mixed-use commercial, residential and retail development. Some of this work has already been allocated but the scale of the programme could open up exciting opportunities for contractors.

Construction workload within the infrastructure sector is likely to remain steady throughout the year as new schemes come online and existing programmes progress towards completion.

A number of high-profile transportation programmes include the Downtown MRT rail line, which will be opened in stages between 2013 and 2017 and the Marina Coastal Expressway, due for completion in 2013.

These are ambitious capital investment programmes that will be delivered over the next 12 months and beyond and while much of the work may have been allocated already, add-on programmes could offer fresh opportunities for consultants and contractors alike.
The fourth terminal at Changi airport will begin to provide workload opportunities over the coming years. 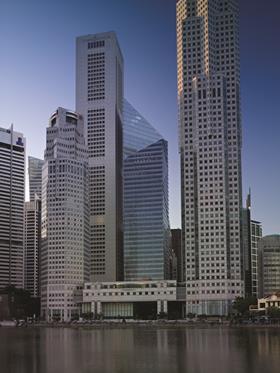 Within the retail sector market, sentiment remains mixed due to on-going concerns about the global economy. However, recent market indicators suggest that not all is doom and gloom, with the January 2012 retail sales exceeding expectations, while the number of tourists to the region continues to remain relatively stable, which is crucial to the success of international retailers in the Orchard Road district.

Nevertheless, the high degree of provision within Singapore will mean potential new supply is likely to be limited and the impact of new foreign labour quotas may affect retailers’ ability to expand operations and take up new space.

Within such a well-established retail environment, developers are being forced to reconsider their approach to retail assets to succeed in a crowded marketplace. Landlords are becoming increasingly selective when it comes to picking tenants as they seek to explore new concepts that will enable them to differentiate themselves from their competitors.

Since the turn of the millennium, the number of foreign workers in Singapore has grown by over 70%, with recent census figures suggesting there are now well over 1 million, accounting for about 35% of Singapore’s overall labour force.

Given the rate at which these figures have risen over the past decade, and the suggestion that the use of basic skilled foreign workers is suppressing wage levels for locals, it was no surprise when the government announced plans in the 2012 Budget to introduce a quota limiting the number of foreign workers who could be employed within Singapore over the coming years.

While this quota will impact on society as a whole, it will have particularly significant implications for the construction sector, the biggest employer of such workers. Currently, the industry accounts for 38% of all work permit holders (excluding domestic workers); however, with the new legislation limiting the number of permits that construction firms can apply for, there is a real concern that this could ultimately lead to a shortage of basic skilled labour at a time when workload remains steady.

Since the initial announcement, concessions have been made to increase the length of time that existing basic skilled work permit holders can stay in Singapore from six to 10 years, yet the reality is that with labour costs creeping upwards, a quota on foreign workers is likely to perpetuate this trend. On an average construction project across Singapore, labour accounts for 30%-40% of the cost and the recent changes are anticipated to add a further 1%. If basic skilled labourers begin to find themselves in increased demand it is likely this percentage will increase further. 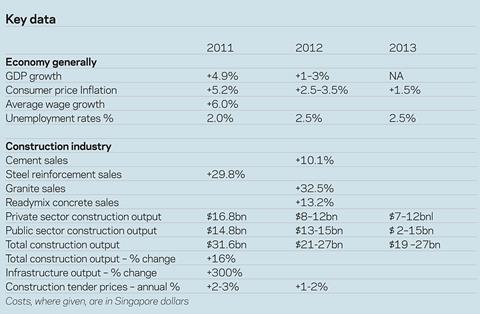 The Singapore government’s intention is clear - reduce the reliance on foreign workers and enhance productivity. There will be a cost to achieve this - the question is whether the construction industry can pass these increased costs on to their clients or whether we will see contractors’ margins suffer in the short term as they absorb the costs.

Some firms will be concerned about maintaining their future competitiveness in the face of rising labour costs and limited manpower, others may use it as a stimulus to review how they actually deliver construction projects.

In Singapore, productivity on construction projects is around 30% less than in Japan and almost half as efficient as in the United States. These statistics underline that regardless of any changes in labour law or the make-up of the future workforce, there is scope to deliver greater efficiency in the industry’s overall performance levels. The enhancement of the industries productivity is a key focus of the government and in particular, the Building and Construction Authority (BCA).

The challenge facing companies will be to try and identify the areas where they can achieve these productivity enhancements. In some cases a job redesign may suffice; however, more often it will require a more fundamental transformation in how these businesses are structured to deliver major programmes of work.

To navigate this challenge there is a focus on trying to attract the next generation into the industry and to better train the existing workforce through initiatives such as the BCA’s Multi Skilling Scheme, which forms part of their overall Construction Productivity Roadmap. The aim of the scheme is to create multi-skilled tradesmen rather than having labourers specialising on one particular trade eg fixing steel reinforcement.

For contractors there is also a greater focus on the use of pre-fabricated components with the government supporting the development of pre-fabrication facilities. The BCA’s Construction Productivity and Capability Fund has provided funding for the construction of a 19,000 m2 automated production hub.
While phased arrangements have been made to ease the introduction of the foreign worker quota, the approaches being considered will take time and investment to implement and some may not deliver immediate benefits. As such it is crucial that the construction industry gets ahead of the legislative agenda and reacts to this challenge now, rather than in two years’ time when the new rules are mandatory for their existing workforce and demand for construction work increases in line with the eventual economic upturn. 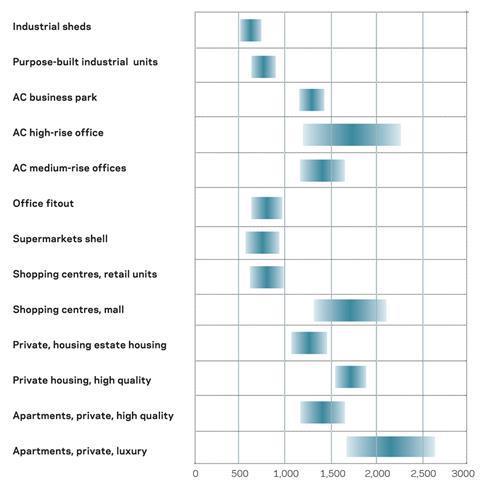 Locally, there are a number of issues that will ultimately influence how Singapore’s construction industry performs in 2012. On the one hand, the cooling measures prevailing in the private residential sector may reduce overall demand.

However, the government drive to enhance productivity could have a potentially positive impact and help to improve the outputs delivered when meeting this demand.

Furthermore, the softening of private sector demand, the promotion of new market sectors and the current fickle nature of office demand from the financial services industry could mean that construction workload comes from different sectors from the previous 12 months’.

Some industries particularly worth watching include the pharmaceuticals and data centre markets. High-profile brands such as Rolls-Royce and GlaxoSmithKline have already shifted parts of their operation to Singapore to take advantage of growth opportunities across the south-east Asia region. This diversification is no bad thing but could mean that slightly different skill sets and expertise are required to help deliver these schemes.

Finally, on-going price fluctuations for commodities will also bring added pressure for contractors within the construction market who will need to ensure they have early visibility over what materials they require if major projects are to be completed on time and to the agreed budget.

In our view the cumulative impact of these factors is likely to result in a nil to marginal increase in tender prices, with contractors increasingly looking for opportunities to fill their order books while the tendering market remains so competitive.

On a slightly longer-term basis something to watch within the market could be the dynamics that are created if demand starts to drop and inflation begins to rise.