Is it time to review Percy Waldram's daylight calculations? 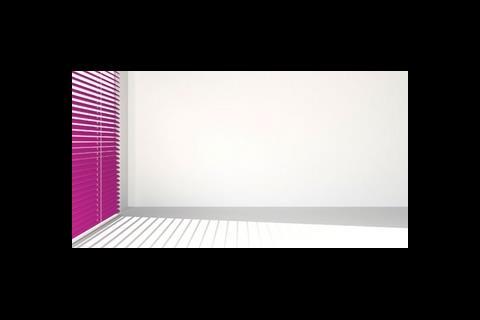 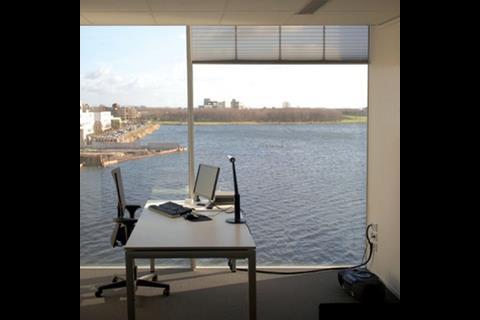 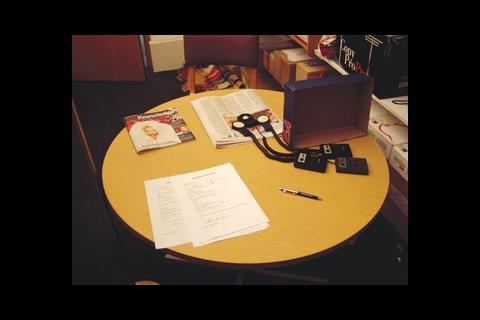 A re-enactment of Percy Waldram’s jury experiments of the 1920s suggests it’s time to rewrite the lighting rules.

For eight decades it has been accepted that research by Percy Waldram and others proved that the minimum amount of light necessary for normal use is 1 foot-candle. The justification for this was a series of experiments involving a “jury” of experts visiting various offices and establishments and assessing where, in a room, they were able to read comfortably. These locations were transferred to a plan with primitive contours showing the daylight factor at those points.

Nowhere is there any evidence of the control mechanisms used for these experiments, although the occupants of the room were asked to comment.

The problem with this type of research is that there are too many variables. The light from the sky varies continuously, although we are generally unaware of this, different rooms have different internal reflectances, different glazing and window frames affect the amount of light available in different ways, and external reflectances also make a difference. Add to this the fact that the human eye adjusts to lighting over a wide range without our conscious involvement and it becomes clear that the value of lighting is totally subjective.

Decisions by the courts have followed the reasoning that the amount of daylight available over half the area of the room should exceed 1 foot-candle and that this will be sufficient to consider the room adequately lit. It is time to re-evaluate that sufficiency. One foot-candle is approximately equal to 10 lux (10.763 910 4 lux) and, as can be imagined, this is not a large amount of light. It is sometimes suggested that Waldram made a career out of being able to work in low light and there is evidence of his contemporaries voicing their concerns and disagreement.

One of the experiments undertaken for my PhD thesis, The validity of daylight calculations in rights to light cases, aimed to establish the minimum amount of light needed for normal use without causing eye strain or other adverse effects.

The experiment was designed to eliminate the vagaries of natural daylight and to record at least some information about the jury members that could permit interpretation of the results. Nevertheless, the judgement of sufficiency is a subjective one and this factor needs to be considered in the analysis of the results.

For the experiment to be effective it was necessary to be able to control closely the illuminance, so all daylight was blocked from the room. There was no window to the external environment and the view panel in the door was obscured.

Each member of the jury came from a lighted area into the darkened room with just enough light for them to be able to locate the table and chair. On the table was a section of The Times with a piece of text outlined for them to read, and next to the text there were three lux meters with the digital displays hidden behind a low screen.

The first part of the experiment involved gradually raising the lighting levels using a rheostat control on an “uplighting” luminaire. This ensured that only diffuse light was available at the table level.

Each jury member was asked to indicate the point at which the text became distinguishable and could, with effort, be discerned and read. Each of the readings on the lux meters was noted at this point and, where they differed, the average was recorded.

The lighting was then gradually increased to the point where the jury member indicated that they felt it was sufficient to be comfortable for longer-term use. In other words, where they thought they would not suffer eye strain if the level were maintained continuously although a higher level might be preferred. At no point could the jury read the lux meter and thus affect the result.

The process was repeated in reverse, in recognition of the possibility that the results could be affected by the adaptability of the eye, including the adaptation that occurred the longer they were subject to low levels of light, and also recognising the subjective nature of the experiment.

First, lighting was taken up to 100 lux and the jury member given two minutes for their eyes to acclimatise. The level was then reduced gradually and the readings recorded as before.

The original experiment in the early 20th century involved only six or seven jury members. My experiment involved 12 people. The original jury is believed to have been all male, as was the case in the new experiment. This was not intentional and it is possible that some female representation could have varied the average results.

Prior to the experiment it was considered that the results might be affected by:

• the age of the jury member
• their eye colour
• the need for reading glasses or lenses
• their gender
• their general health.

During the session, one jury member advised that he had just had an eye test and required reading glasses but had not yet had them prescribed, and another advised that he had glaucoma. On the basis that the jury members are being used as a representation of the population as a whole, it is considered that these factors are, in fact, representative.

The results, set out in Table 1, show that neither the age nor the eye colour of individuals appeared to have any effect on the results. Since all participants were male, it is not possible to deduce whether females require the same levels of light.

The level considered to be optimum was lower on average when the light was increased than when it was decreased, perhaps suggesting that eyesight adjusts more rapidly to increasing light levels. The lowest optimum level was perceived to be 4 lux and the highest 53 lux. By eliminating the highest and lowest readings and concentrating on the majority, the average optimum is about 22 lux.

An alternative measure is to identify the value that is sufficient for different percentages of people. The results show that an illuminance level of 10 lux was considered to be adequate by less than 20% of the jury members whereas 50% were satisfied that they had sufficient illumination at 18 lux and 75% at 28 lux.

If the principle established in BS EN ISO 7730 is applied and the point at which 80% satisfaction is expressed is used as the appropriate level, this equates to approximately 30 lux.

It should be emphasised that these were very much minimum levels of comfort rather than ideal. If they were compared with the values suggested by CIBSE and the British Standard, using the 5000 lux sky model, they would represent, at 18 lux, just above the average minimum level set for bedrooms and, at 30 lux, just above the average minimum for living rooms and about the average for kitchens. By contrast, the average level for bedrooms would be 50 lux and for kitchens 100 lux, using the same conversion basis.

On this basis, the new jury results appear to be realistic indicators of minimum acceptability. While the experiment needs refinement to provide more unequivocal data, there is enough evidence to conclude that 1 foot-candle is not sufficient for ordinary needs. The appropriate level is more likely to be 2.3-2.8 foot-candles (25 to 30 lux).