In pictures: HS2 ploughs on with Old Oak Common demolition 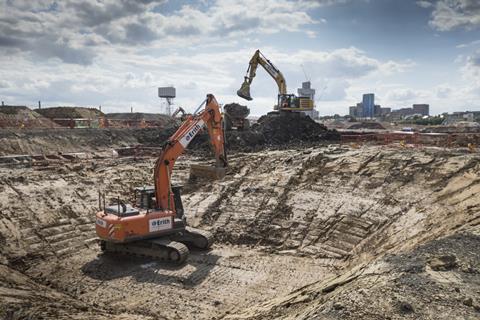 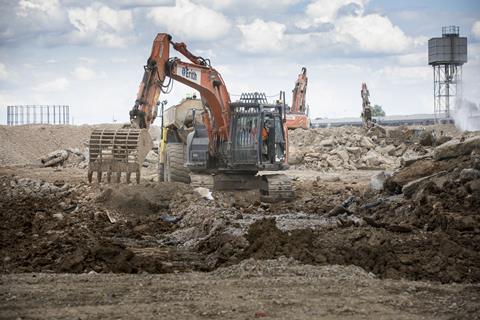 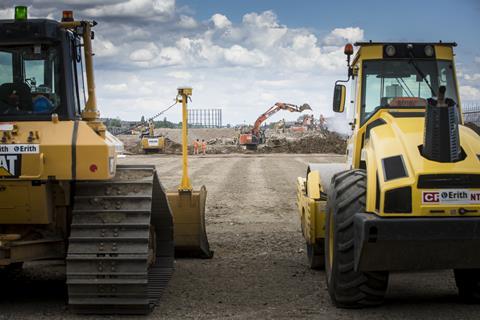 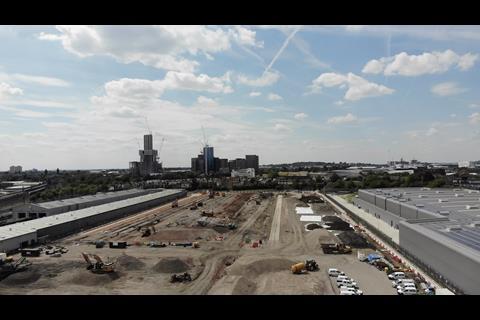 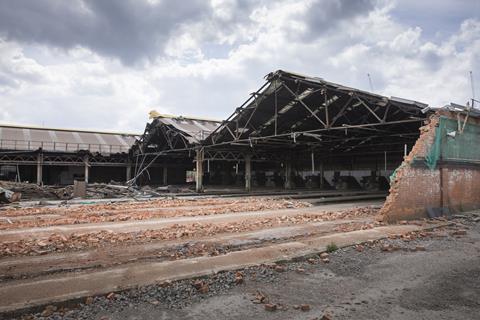 HS2 has pushed on with demolition work at Old Oak Common station despite the fact it has not yet been able to appoint a main contractor.

The clearance of the former Great Western Railway sheds on the site of what will be the line’s west London port of call has now ben completed.

HS2 said the demolition of the sheds was a key milestone in the preparation of the 1km long station site.

The work was completed in four months by HS2’s London early works contractor, a Costain/Skanska joint venture and its subcontractor Erith.

The next steps for the site include working through 110,000m3 of earth to clear obstructions and remove any contamination built up over a century of continuous railway use.

The latest milestone comes six weeks ahead of a court date which will determine whether HS2 will finally be able to sign a contract with its chosen main contractor – a joint venture of Balfour Beatty, Vinci and French engineer Systra.

HS2 will find out in September if it can hand the £1bn job to build its station at Old Oak Common to its preferred bidder when a High Court judge will decide whether to lift a suspension blocking the Balfour team from starting work.

The suspension was automatically imposed when US giant Bechtel, which missed out on the scheme, challenged the appointment. The full case will not be heard until October 2020.

When completed, the new station, designed to link HS2 with Crossrail services to Heathrow and central London, and trains to Wales and the West of England, will be one of the busiest interchanges in the UK, with around 250,000 people passing through it every day.