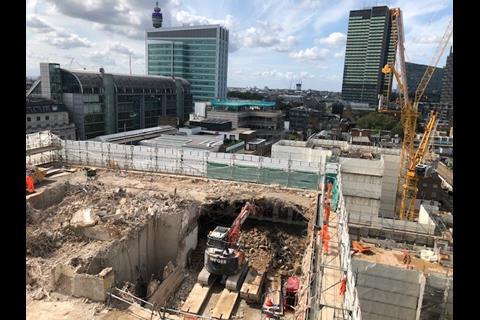 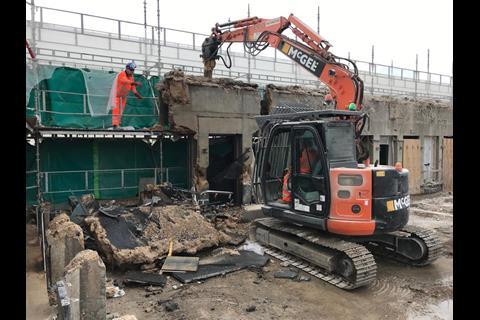 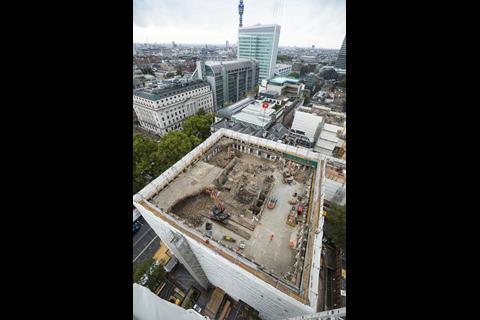 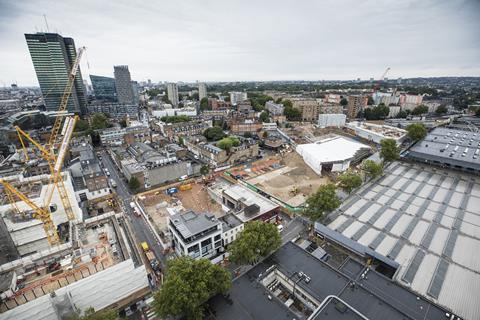 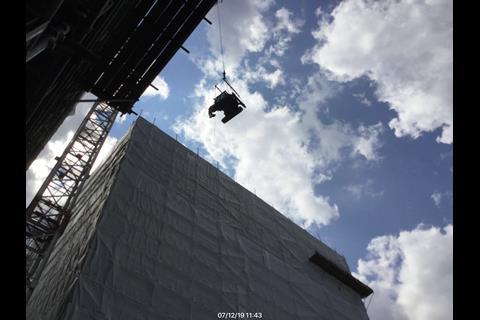 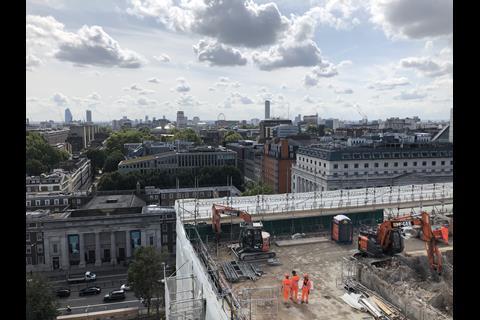 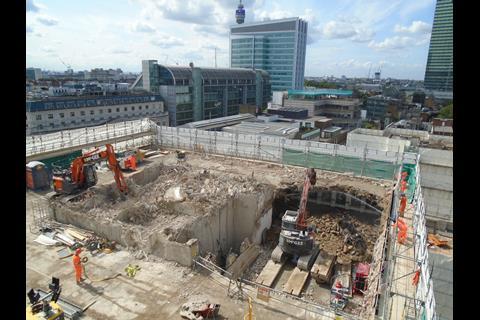 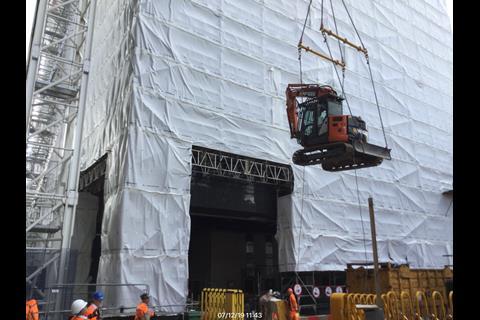 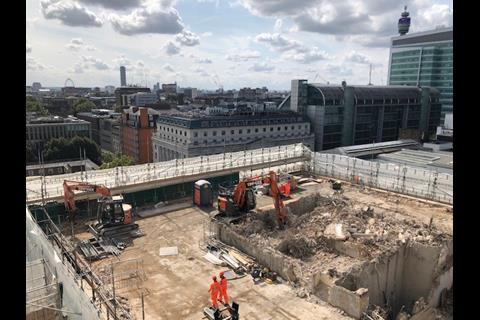 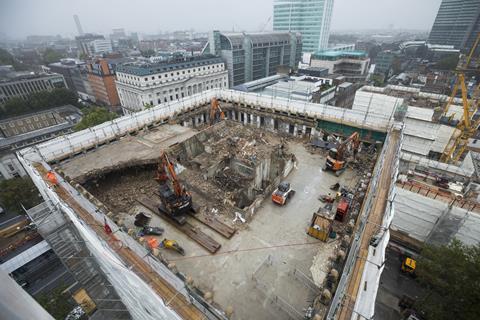 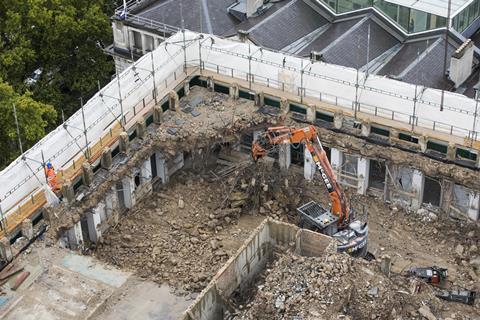 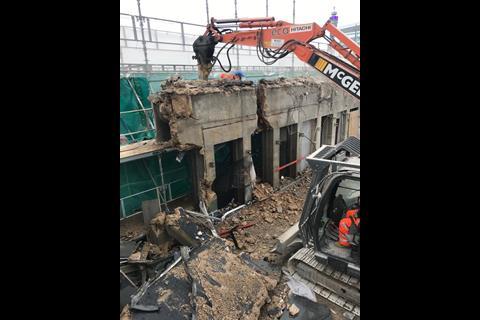 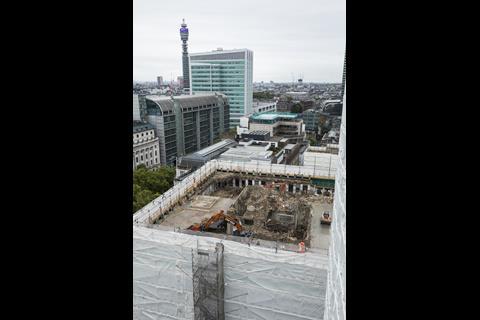 HS2 contractors have moved onto the second stage of demolishing two 1970s towers designed by Richard Seifert at Euston station.

One Euston Square and Grant Thornton House were designed by the renowned modernist who was behind the Centrepoint Tower and the NatWest Tower, now known as Tower 42.

A Costain-Skanska JV and its subcontractor McGee have lifted excavators – equipped with pneumatic breakers and hydraulic munchers – to the top of the office blocks, which stand at 60m and 40m.

But they are not set to be dismantled from above, having already been stripped internally, with one floor at a time being smashed up before debris is removed.

The buildings will make way for 11 new platforms at Euston Station which is due to be built by a Mace-led team.

Work on the taller One Euston Square has been complicated by the discovery of a 2.8m thick heavily reinforced concrete pedestal supporting its weight.

Each tower is expected to shed a floor every nine days, with a total of 28,000 tonnes of crushed concrete set to be created by the end of demolition in January next year.

The rubble will be kept on site, where 98% of it will be reused on construction of Euston’s new terminus.