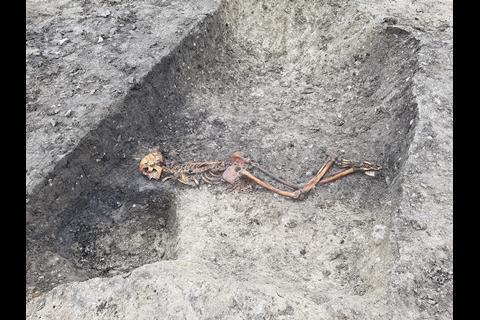 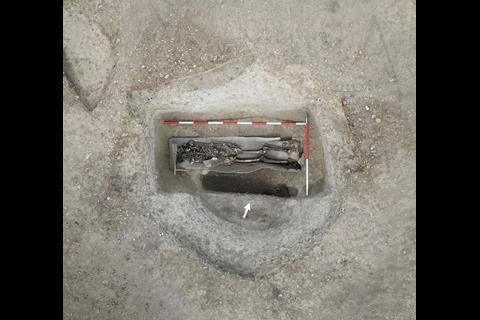 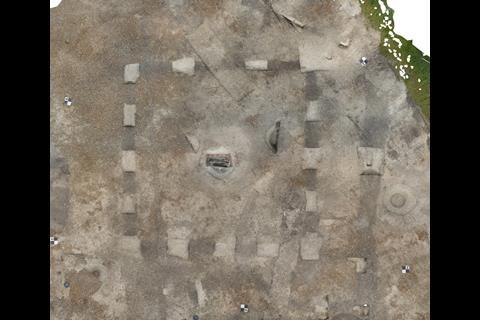 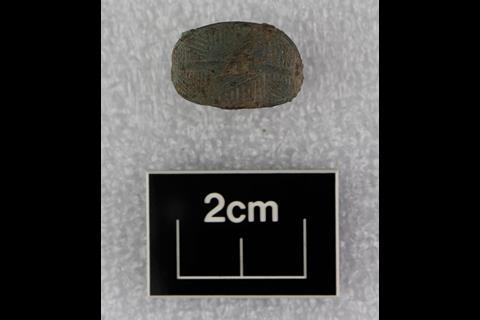 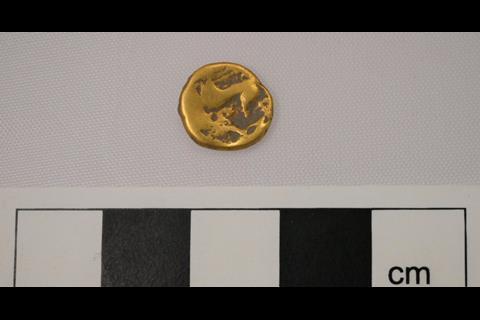 Archaeologists working on the HS2 project in Buckinghamshire have discovered a skeleton believed to be a murder victim from the Iron Age.

During the excavation work at Wellwick Farm near Wendover, archaeologists discovered a skeleton of an adult male buried face down in a ditch with hands bound together under his pelvis.

The burial position suggests the man may have been a victim of a murder or execution. Osteologists are currently examining the skeleton for further evidence of foul play.

The archaeological works have revealed a wealth of finds with evidence of human activity dating from the Neolithic to the Medieval period, a time spanning around 4,000 years.

The land to the west of Wendover appears to have been used for ceremonial activity as the teams also uncovered a large circular monument of wooden posts 65m in diameter with features aligned with the winter solstice, similar to Stonehenge in Wiltshire.

The work is set to be carried out by a team featuring Eiffage and Kier which was boosted in the spring by the arrival Bam Nuttall and Spanish contractor Ferrovial. The pair were drafted in following the collapse of original team member Carillion in January 2018.

Meanwhile, HS2 has asked its contractors what they expect the impact of the global coronavirus pandemic to be on the programme.

The news was revealed in minutes, published late last week, from a board meeting at the end of April.