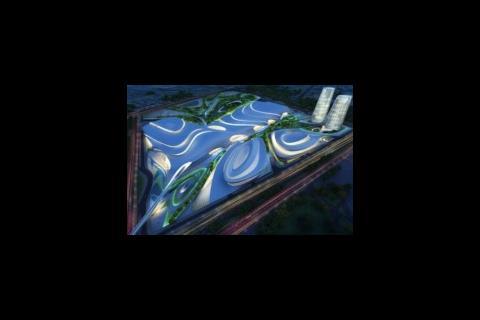 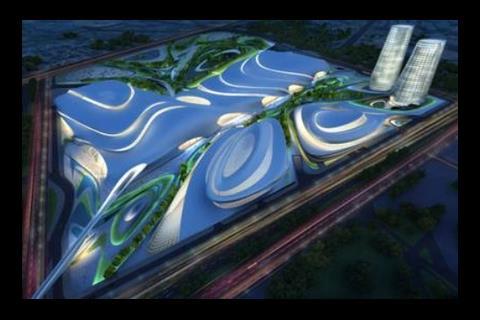 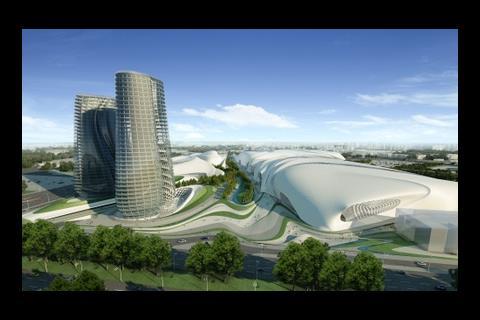 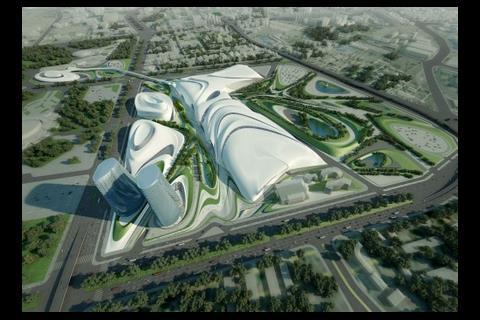 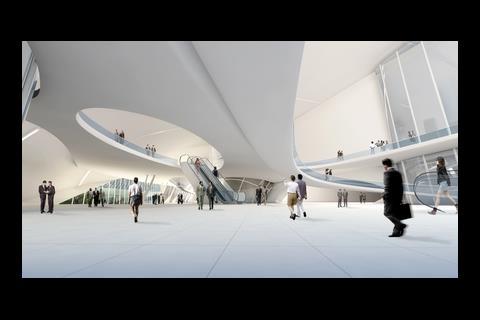 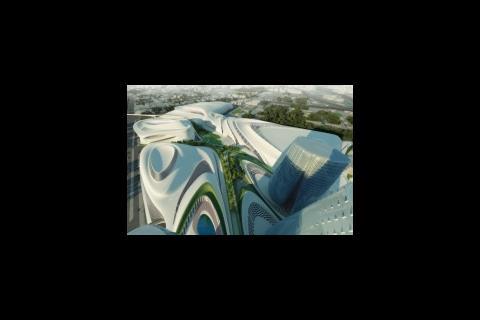 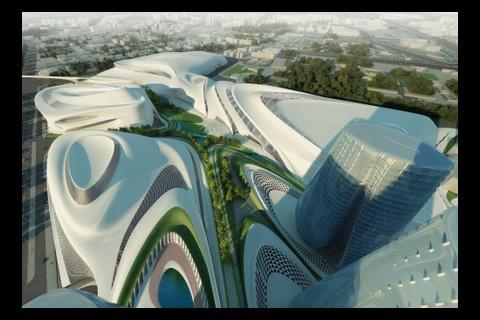 Architect's winning concept for 450,000m2 exhibition city in Egypt invokes the fluidity of the Nile

Zaha Hadid has won a competition to design an enormous “exhibition city” in Cairo, her second appointment in the city in two weeks.

The architect was shortlisted alongside Norwegian rival Snøhetta in April, but has won the commission to design a 450,000m2 city for exhibitions and conferences on the outskirts of the Egyptian city.

A sculpted conference complex will sit alongside two mixed-use towers, respectively 31 and 33 storeys high. The architect says its fluid shape was inspired by the Nile valley.

Hadid said: “Along the great rivers of the region, most particularly the Nile, there is a powerful dynamic – a constant flow between the water and the land – which extends to incorporate the neighbouring buildings and landscapes. For the Cairo Expo City design, we worked to capture that seamlessness and fluidity in an urban architectural context.”

Buro Happold is acting as engineering consultant for the project, and Gleeds the quantity surveyor. Work to clear the site will begin in October.

Last week, Hadid announced the practice had been selected to design another development in Cairo known as the Stone Towers.