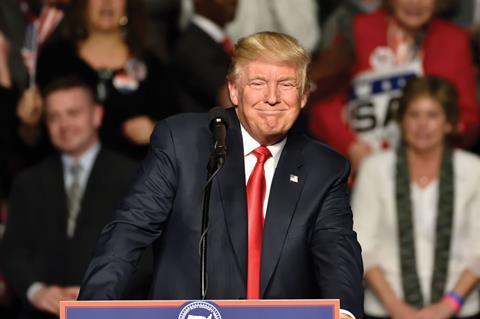 Blowing his own trumpet

As we focus on the Building Awards winners, we were delighted to discover an interview with somebody who has never considered himself anything but a winner – and has certainly won the hearts of many US voters. Building dug up a 2008 chat with Donald Trump.

“You have a beautiful accent, honey, really beautiful. It’s so nice to hear it. Anyway, I have 20 people waiting for me outside and I’m late. So let’s start. Right now,” he said to our interviewer. Her reaction was mixed: “Donald Trump is a little bit charming, a little more patronising and totally unpredictable. Careering from compliment to command in five seconds flat, his volatility makes interviewing him a nerve-wracking proposition.”

He had kind words for the UK: “I think the UK is doing just fine. I don’t think it needs to learn too many more lessons from the US. For example, the UK government came up with the formula for the banks.” Unsurprisingly, he was keen to promote his Scottish golf course: “It’s the greatest piece of property I have ever seen. “Really?” said our reporter. “Well, it’s the best piece of property in terms of building a big golf course.”