Can you remember a time when we didn’t know what Brexit was? Arguably, we still don’t 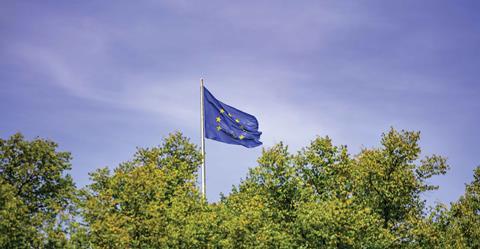 Can you remember a time when we didn’t know what Brexit was? Arguably, we still don’t – but what about before it was even a recognised word? asks Deborah Duke.

Building’s archive dates those halcyon days to Feburary 2015, when the first article mentioning the concept was published on the magazine’s website. “It seems increasingly possible that the UK will vote to leave the EU in 2017,” it warned. It also presciently used the phrase “nightmare scenario” …

So, what did Brexit look like at that distance? The article focused principally on the sustainability industry, and it seems that it looked very bleak indeed, with the piece stating that “sustainability champions are understandably aghast at the mere prospect of a British withdrawal from the EU”.

Keep up to date on Building’s latest Brexit coverage

Lib Dem peer Andrew Stunell sounded a warning note too, saying: ““The EU provides a baseline for action. If we were disconnected from the EU, the pace of change [to improve building standards] would be threatened in the UK”.

But even back then, when all seemed still to play for, one professional quoted in the article lamented: “The government is doing nothing.”

As our European compatriots say, plus ça change …

Click here to read the full article from 27 February 2015