Two decades ago, Building was feeling optimistic about the year to come 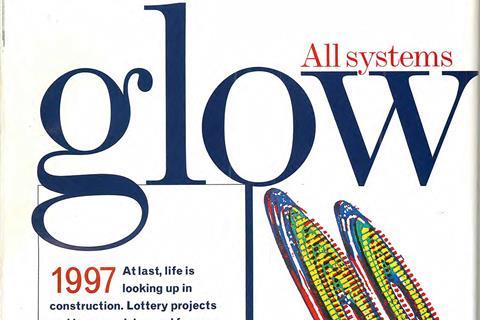 How optimistic would you say you’re feeling about the new year? I’ll bet not as chirpy as Building was 20 years ago as it ran its predictions for 1997.

“All systems glow” declared the vaguely Second Summer of Love (a decade too late) rave-tinged headline and graphic, while the introduction of the piece noted: “At last life is looking up for construction.”

Elsewhere in the prediction piece Alistair McAlpine said “it seems a safe bet that Labour will win, and win comfortably” and so they did, ushering in what, at first, seemed an era of immense optimism and stability.

Since then, we’ve seen the world’s biggest terrorist attack, war in Afghanistan, Iraq and Syria, the worst global economic downturn since the Great Depression, Brexit, and the rise of Donald Trump, a US president who many believe will lead us, if not to nuclear apocalypse, then at least to another global downturn. So, swings and roundabouts, really. Happy 2017

To read the article from 10 January 1997 download the PDF below.