Building’s report from 10 years ago on ‘QS mania’ 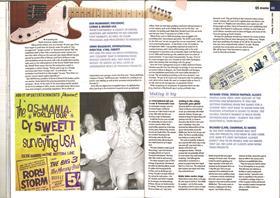 Rocking all over the world

The return of Building’s annual top 150 consultants list brings with it our rundown of the top 50 quantity surveyors with EC Harris taking the top spot with 1,050 chartered QS staff based in the UK.

It’s a far cry from the state of the sector 15 years ago, when Building described QSing as “a profession on the brink”. However, this portrait of the market was rectified just five years later when, on 29 October 2004, Building reported a huge turnaround in the popularity of the profession. Not only that, but there was an unprecedented international interest in QSing, giving many UK firms new job opportunities overseas, and Building reporter Phil Clark the opportunity to dub the movement “QS mania”. He wrote: “One of the unlikeliest successes for UK firms is breaking the North American market, where QSing barely existed, even as a concept, 10 years ago. Firms have begun to push back the frontier under the guise of ‘cost management’, ‘project control’, or ‘procurement advice’. Gardiner & Theobald has established itself in New York, a notoriously insular market, and has three other offices on the east and west coasts; Gleeds has just opened its second office in Denver; and Currie & Brown is also well-established across the pond.”