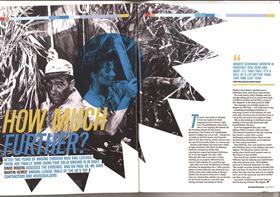 This year’s Top 150 Contractors and Housebuilders tables (page 28) suggest that the sector is finally dusting itself off after years dealing with the aftermath of recession. It’s a far cry from five years ago, when the annual tables were showing only the first signs that the industry may have solid ground in sight. Despite this small beacon of positivity, the tables arrived in the same month that the government announced it was lopping 700 schools off the Building Schools for the Future programme, as well as cutting the Homes and Communities Agency’s budget. With this instability in mind, the slimline positivity of the tables were taken cautiously by Building reporter David Rogers. He said: “Last year’s turnover figures have held up well for the top 20 firms. The biggest, Balfour Beatty, now has nearly £1bn more in revenues than it did in 2008, while the company in 20th place, ISG, has a turnover of £1.05bn compared with with the £1.09bn recorded by Enterprise in the same spot a year before. In a billion-turnover business, in a recession, being off by £40,000 is by no means a slump. But before we get carried away, let’s remember that according to the CPA, output fell by 12% last year, the sharpest drop since 1974, and there is plenty of evidence of the effect it has had on much of the industry.”