The Tracker: A summer lull

The decline in construction activity slowed in August, and non-residential work even threatened to show a rise, according to Experian Economics

The orders index rose by two points to 49, indicating that orders continued to be below normal for the time of the year. Both the residential and civil engineering sectors saw their indices remain unchanged at 44 and 56 respectively. In contrast, the non-residential orders index rose by four points to 58.
The percentage of respondents reporting no constraint on activity has seen a rising trend since May and reached 22% in August, its highest level since September last year. The proportion of firms reporting that insufficient demand was restricting their activity levels remained the same at 52%. Bad weather became less of a concern over the summer, but labour shortages became a greater worry with around 3% of firms reporting this as an activity constraint, the highest level since November 2010. The proportion of respondents reporting finance as a limitation edged down to 17%.

The employment index jumped by five points to 43, its sharpest monthly rise since June last year, but staffing levels continued to contract. The index has now been below 50 since January 2008. 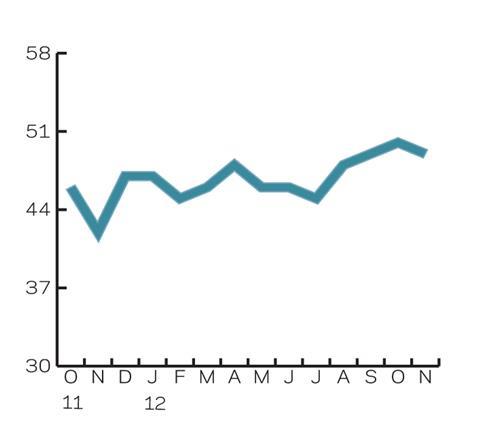 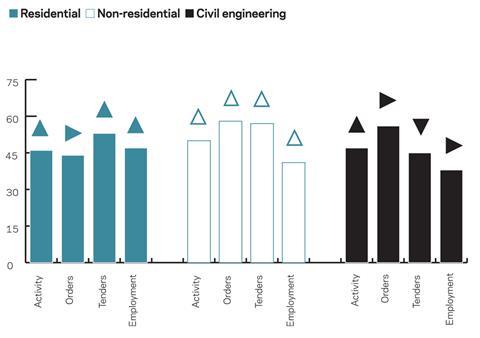 The Leading Construction Activity Indicator by Experian’s Construction Forecasting and Research team will edge up in both September and October, reaching the no-change mark of 50. However, this upward movement will be short-lived as the index drops by one point to 49 in November, indicating a decline in activity. 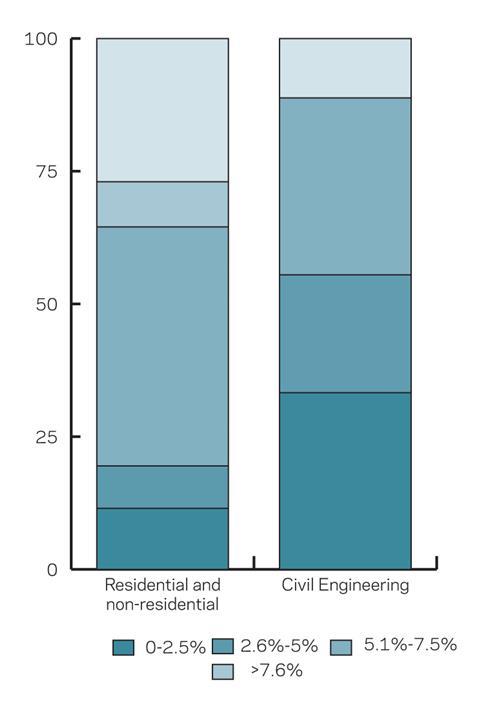 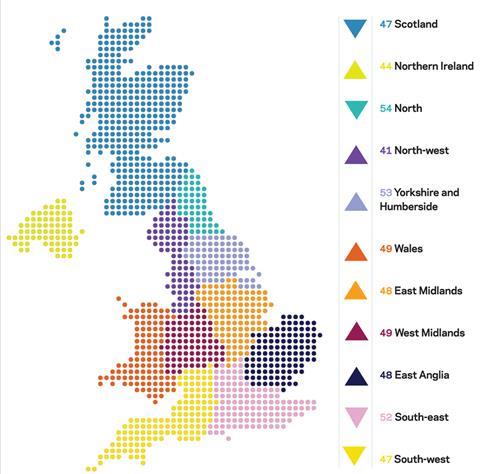 The indices for seven regions increased in August, with Northern Ireland seeing the greatest jump in its index of 10 points to 44. A rise of five points in Yorkshire and Humberside took the index to 53, the first time it has been above the no-change mark of 50 since April.

The East Midlands and East Anglia both saw their indices go up by three points, taking them to 48. The West Midlands (49) also rose by three points. The North-west (41) and Wales (49) saw smaller two-point rises.

The South-west saw the greatest fall as its index dived five points to 47, taking it below the no-change mark of 50 for the first time since the beginning of this year. The North followed closely behind as its index fell by four points to 54, although the index remained in positive territory.

The South-east and Scotland both saw their indices edge down by one point to 52 and 47 respectively. The UK index, which includes firms working
in five or more regions, remained unchanged at 44.