The tracker: Gloom, then more gloom

As the days get darker so does the industry outlook, with the latest figures from Experian Economics showing a deterioration in all sectors and construction activity hitting a three-month low

The latest survey data showed a further deterioration in construction activity in October, with the construction activity index edging down further to a three-month low of 46. Moreover, activity declined across all three sectors during the month. Despite moving in an upward direction, the residential activity index remained in negative territory (48) during October. The non-residential index fell by six points to 43, which is the lowest reading since June. The civil engineering index remained unchanged at 40.

Orders were below normal for the time of the year for a fourth consecutive month, and the orders index fell by two points to 44. In contrast, the tender enquiries index remained unchanged at 53.

In October the industry saw the tender prices index increase above the no-change mark of 50 for the first time since July 2008. The index stands at 51 and firms are now expecting to increase their prices over the next three months.

Employment prospects remain bleak, although firms expect slightly weaker declines in staffing levels over the coming three months as the index edged up by one point. The index has now been in negative territory in each month since January 2008.

In October 21% of respondents reported no constraints on activity, decreasing for the third consecutive month. A greater proportion of firms (59%) reported insufficient demand was constraining their activity, a level not seen since March of this year. About 18% of businesses saw finance issues as an activity constraint, the highest proportion since October last year. 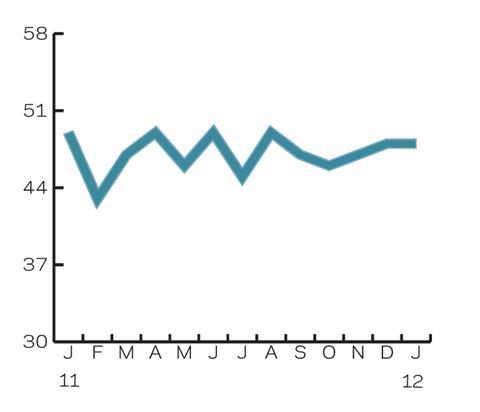 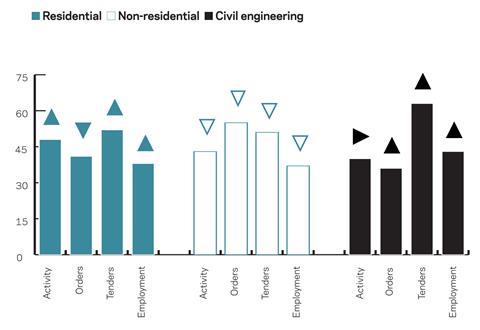 CFR’s Leading Construction Activity Indicator is predicted to move in an upward direction over the next three months. Despite this move, the index will remain in negative territory and in January 2012 the index is predicted to be 48.
The indicator uses a base level of 50: an index above that level indicates an increase in activity, below that level a decrease.

Latest data shows that 33% of building respondents reported that annual labour costs inflation declined over the last 12 months. In October 2010 this proportion was slightly higher at 36%. 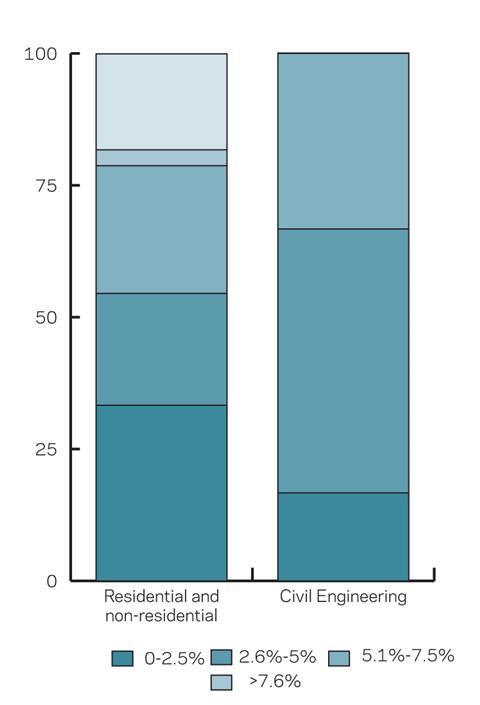 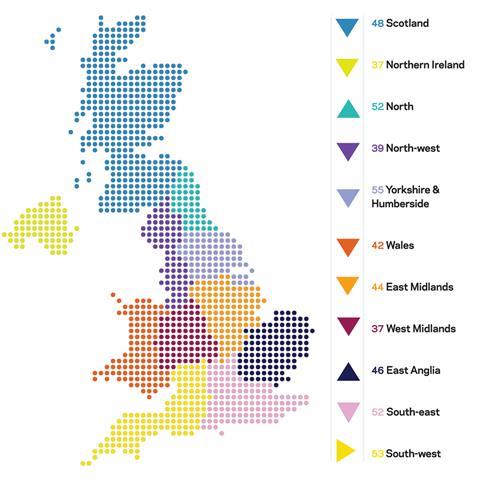 In total eight regions saw a decline in their indices. The greatest fall occurred in Scotland where the index decreased by six points to 48. This is the first time the index has been in negative territory since March of this year.

Northern Ireland followed closely behind as its index fell by five points to 37. The East Midlands saw a decline of four points in its index to 44.

The West Midlands (37) and Wales (42) both saw a three point fall in their indices. Despite decreasing by two points, the South-east remained in positive territory. Yorkshire and Humberside (55) and the North-west (39) saw a drop of one point.

The South-west was the only region to see no change in its index, which has remained above the no-change mark of 50 since August this year.

As a whole the UK index, which includes firms working in five or more regions, remained unchanged at 49.