The total activity index fell into negative territory for the first time since July last year. The repair and maintenance index also continued on its downward trend. Experian Economics reports

In January, the total activity index fell six points to 47, into negative territory for the first time since July last year. The repair and maintenance index, at 40 points, continued on its downward trend, which began in September. Both residential and non-residential sector activity indices lost points in January; down to 51 points for the former and just 43 for the latter. Only the civil engineering sector activity index gained points this month yet remained still in negative territory at 49. The construction orders index remained stable and ticked down three points to 65, while the tender enquiries index ticked up a point to 63. While the residential sector orders index lost four points to 64, the civil engineering one gained 14 points to reach 56 – back into the positive territory which it left last September. The non-residential sector orders index remained unchanged at a very robust 76 points. The residential sector and non-residential sector tenders enquiries indices ticked down one and two points respectively to 60 and 61 points. In contrast, the more volatile civil engineering tender enquiries index gained 17 points to 76. Six points down in January, the tender prices index now stands at 68 points, just one point lower than its three-month moving average. The employment prospects index lost a couple of points and is back at 51 points, the same as two months ago. No activity constraints were reported by 30.9% of respondents, but nearly as many (29.3%) reported insufficient demand as an issue. After a temporary low in December last year, financing constraints have once again re-emerged as a major factor in January as reported by 18.2% of respondents, while bad weather affected only 5.5% of respondents this month, down from 14.6% last month. Material and equipment shortages and other constraining factors were reported by only 1.1% and 1.7% of respondents respectively. 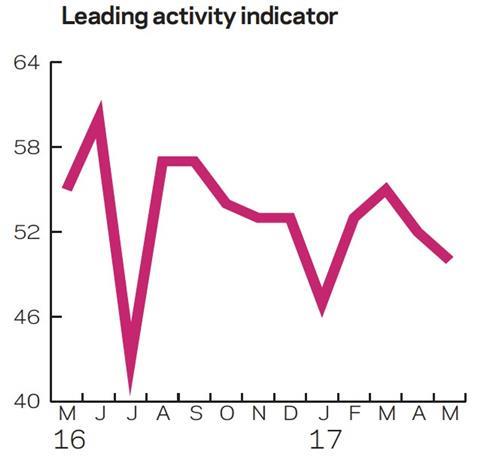 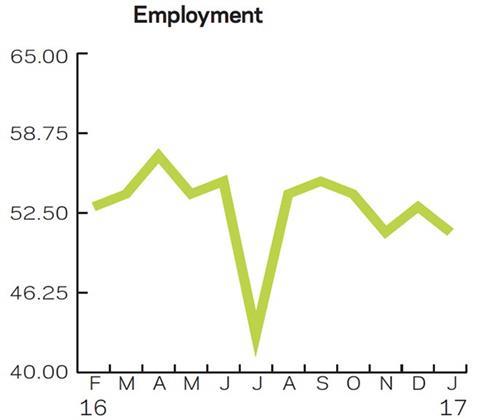 CFR’s leading construction activity indicator lost six points in January down to 47 points and thus entered negative territory again, which it last did in July 2016. Nevertheless, we expect it to return and stay in the low fifties over the next four months. 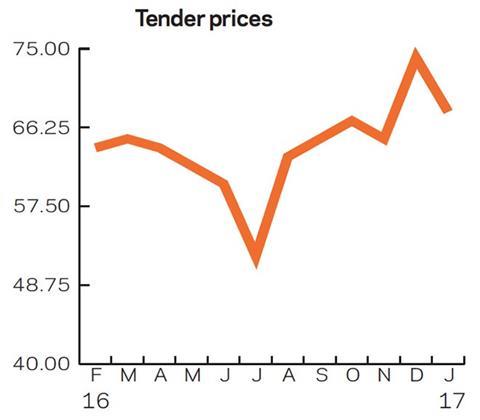 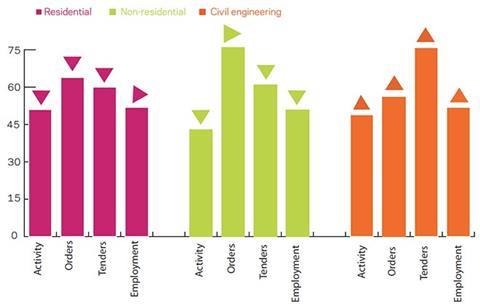 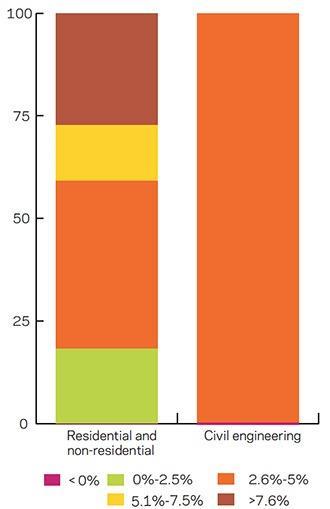 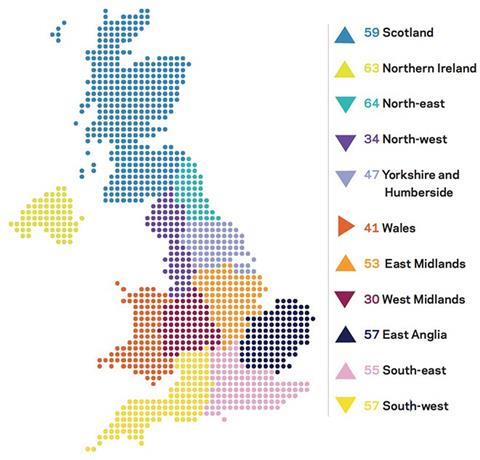 Yorkshire and Humberside was the stand-out region in January, losing 17 points from its composite index down to 47 points, after being in the lead as the fastest growing UK region as recently as two month ago. The South-west’s index and the West Midlands’ index also fell by eight and six points respectively, in the latter case further entrenching the West Midlands as the weakest region in the UK.

The UK composite index was stable at 62 points.