Among dramatic ups and downs in activity and orders, tender growth slowed across the board, with non-residential flatlining at 50. However, tender prices are still looking up. Experian Economics reports

The total activity index remained above the no-growth bound at 60 in July after gaining four points. R&M activity was also on the upside for the third consecutive month, after edging up by one point to 58.

The orders index remained at 61, marking almost five years of growth in orders. The tender enquiries index fell by three points but remained in positive territory at 53, signalling growth for the third consecutive month.

Despite the indices for tenders falling across all sectors, they remained on or above the no-growth boundary. The residential sector saw the smallest fall of three points to 51, while the non-residential sectors index lost six points to 50. The largest deceleration in growth was in the civil engineering sector, which saw its index lose 12 points to 63.

The tender price index, which has been on the positive side since January 2014, added nine points over June’s figure to stand comfortably above the no-growth bound at 63.

Employment prospects are back on the growth path with two months of expansion as of July. The index continued to improve as it ticked up to 54.

The share of agents facing no constraints in July dropped to 33%, back down from 51% in June. 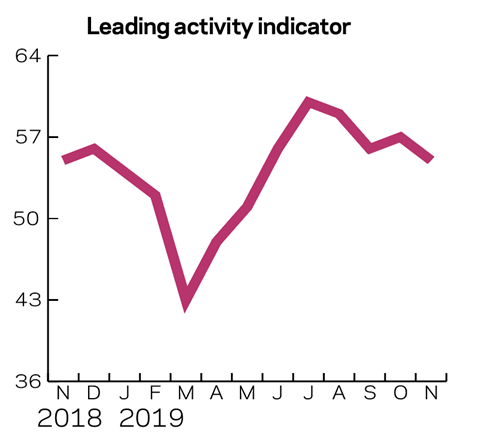 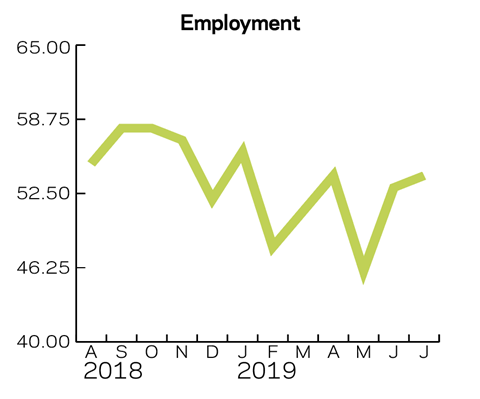 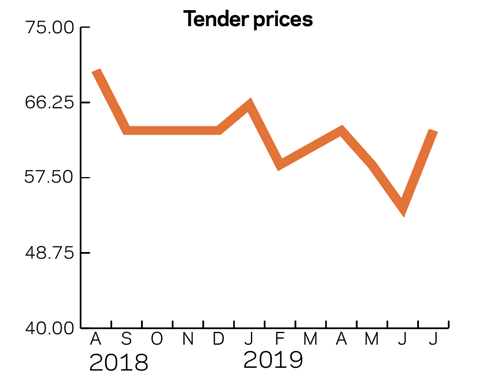 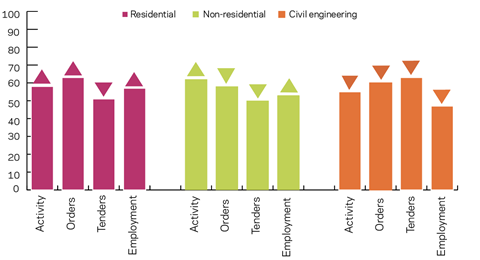 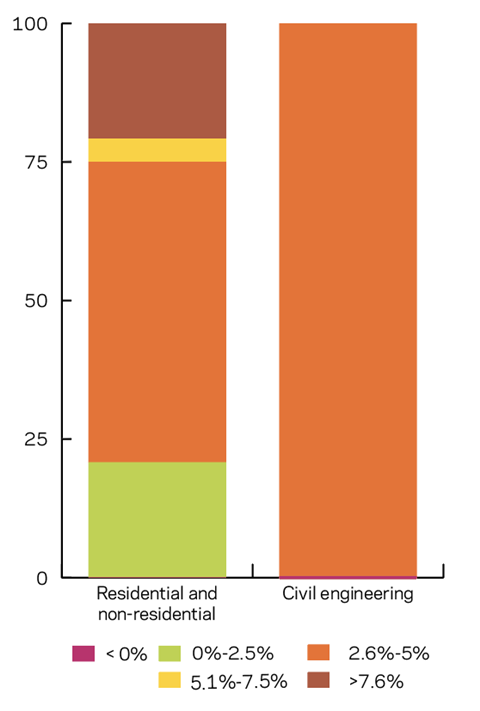 Labour costs in the residential and non-residential sectors have shifted slightly over the past three months. While no respondents reported a decrease in costs over the past year, the share of respondents reporting cost growth exceeding 7.6% fell to 20.8% (from 30% in April). The share reporting labour cost growth of up to 2.5% also fell, from 35% in April to 20.8% in July. These contractions in the highest and lowest categories were balanced out by the share experiencing labour cost growth between 2.6%-5% increasing from 35% in April to 54.2% and those reporting cost rising between 5.1%-7.5% making up 4.2%.

The developments in labour costs for the civil engineering sector were even more clearly skewed towards the middle bounds. In July, all respondents reported costs growing at rates between 2.6% and 5%, up from 50% in April. This reflected a proportional decrease in the share of respondents who reported experiencing cost growth exceeding 7.5%. 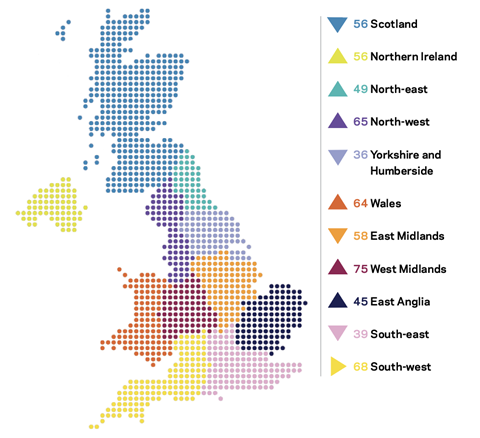 The UK composite index remained on the expansionary side in July after increasing by six points to 58. The West Midlands took the lead in July after gaining seven points, to reach 75. The South-west dropped down to second place after its lead in the previous month, still well above the no growth bound at 68. The index for the North-west and Wales followed close behind after gaining three and eight points to 65 and 64 respectively.

The East Midlands posted an index of 58 after a three-point decline. Northern Ireland and Scotland both posting an index of 56, with the former adding five points and the latter losing seven points compared with June.

The worst performing region was Yorkshire and Humberside – its index lost seven points and stood at 36. The South-east’s index fell by two points to reach 39, leaving it on the contractionary side for the ninth consecutive month. The last two regions that remained in decline over July, East Anglia and the North-east, saw their indices increase, by three and one points respectively, but still stood below the no-growth bound, at 45 and 49 respectively.