The construction activity index ended Q2 at a level of 60 points, five points higher than a month earlier

The construction activity index ended Q2 of 2016 on a positive note at a level of 60 points, five points higher than a month earlier. That said, the repair and maintenance (R&M) one remained firmly in the negative territory since the month of March, ending June at 45 points, an additional two-point drop since May. The residential sub sector’s activity index increased by six points in June to 62. This caused the index’s three month average to strengthen to 59, a level unmatched since March 2015. In contrast, the non-residential and civil engineering indices were robust in their level during Q2 of 2016, the former held firm in the high 50s and ended Q2 at 59. In contrast, the latter remained at 43 points, unable to break away from its bearish trend. The drop in the orders index is a function of the drops in the residential and non-residential orders indices of two and five points to 67 and 74 points respectively. Nevertheless, the civil engineering one increased from 54 to 62 points on the same measure. In June about a third of respondents (33.5%) reported insufficient demand among the factors constraining their activity. Labour shortage is the second most common constraint (reported by 9.3%), closely followed by financing concerns (7.7%) and uncooperative weather (6%). Far fewer respondents (0.5%) experienced material or equipment shortages in June. Slightly more than a third of respondents (37.4%) reported facing no constraints to their activity. The employment prospects index has increased by a point in June to 55 points, the same as its three-month moving average, and only a couple of points higher than in Q1 of 2016. 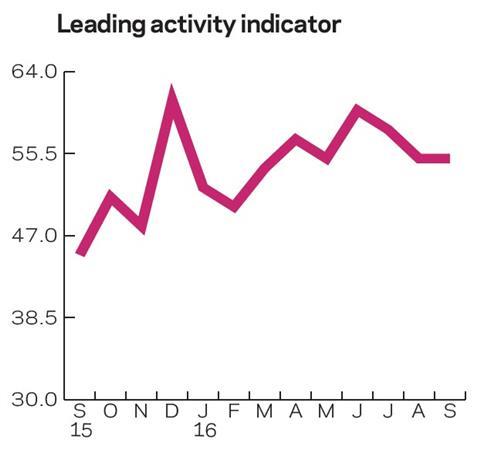 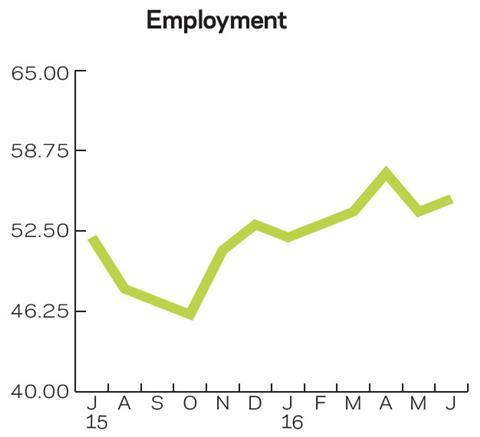 The CFR’s Leading Construction Activity Indicator picked up by five points to reach 60 points in June. We anticipate it to gradually return to the 55-56 range in the months through to October. The indicator uses a base level of 50: an index value above that level suggests an increase in activity, while one below it highlights a decrease. 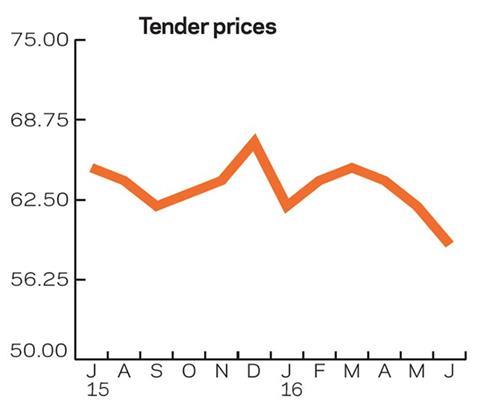 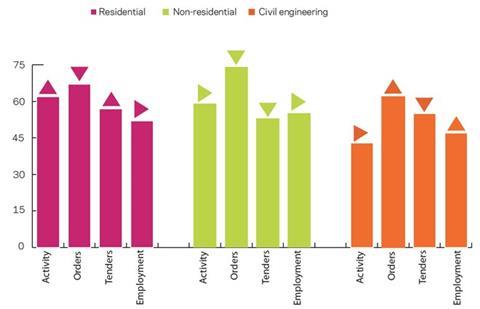 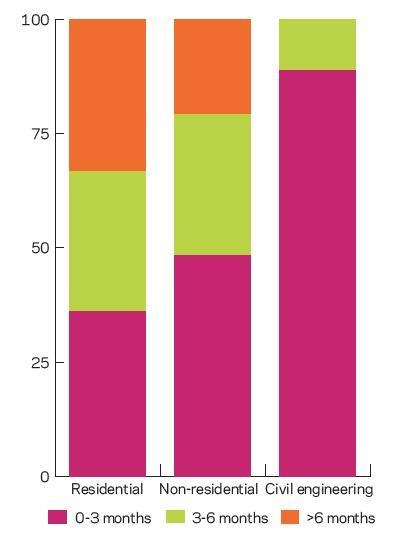 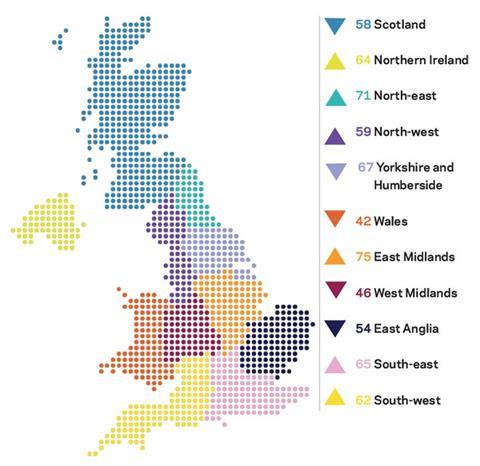 The UK index which looks at firms in five more regions, stayed unchanged at 58 points, significantly lower than its level in March (73).