The total activity index was unchanged at 56 points in March, while the repair and maintenance activity index returned to positive territory, which it has not done since September. Even when broken down by sector, there was little change in activity, with the residential sector activity index ticking down one point to 57, the non-residential index staying unchanged also at 57, and the civil engineering index improving slightly at 52 points. Growth in orders and tender enquiries slowed a bit in March, with the orders index losing six points to 70 and the tender enquiries index dropping two points to 58. All three construction sectors saw drops in orders indices, yet remained well above 50 points, thus in positive territory. Tender enquiries in the residential sector grew at a stable rate, with the index holding steady at 62 points, while in the non-residential sector, growth slowed with the index down two points to 57. The civil engineering tender enquiries index was down to 58 points in March, but the drop is not unusual given the greater volatility of the sector. The tender prices index, at 66 points, moderated somewhat in early 2017 after a peak level of 74 seen in December 2016. With consumer price inflation (CPI) expected to peak around 3% this year, there is little to suggest a significant drop in tender prices in the near future. The employment prospects index gained another four points in March to 59. Given the general UK trend of a falling unemployment rate, the only concern is that real-wage growth is near zero, and will potentially enter negative territory soon. In a positive development, nearly half (46.3%) of the respondents to the March survey reported no constraints to their activity. One in five identified insufficient demand as an issue, and 16% had difficulty attracting labour. Financing concerns affected 10.5% of respondents, while poor weather conditions hit just one in 20 firms. 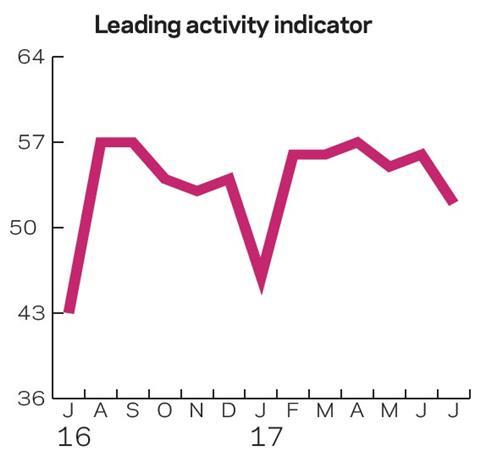 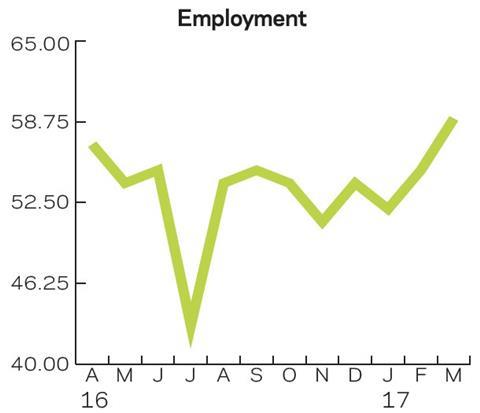 CFR’s leading construction activity indicator remained at 56 points in March, and we expect it to stay at this general level for the next three months, followed by a potential slight drop in July. 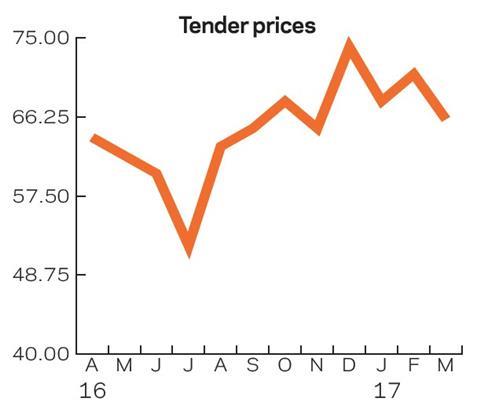 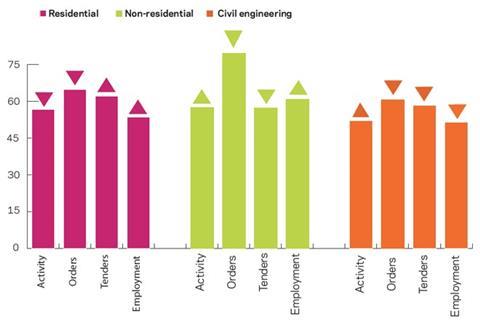 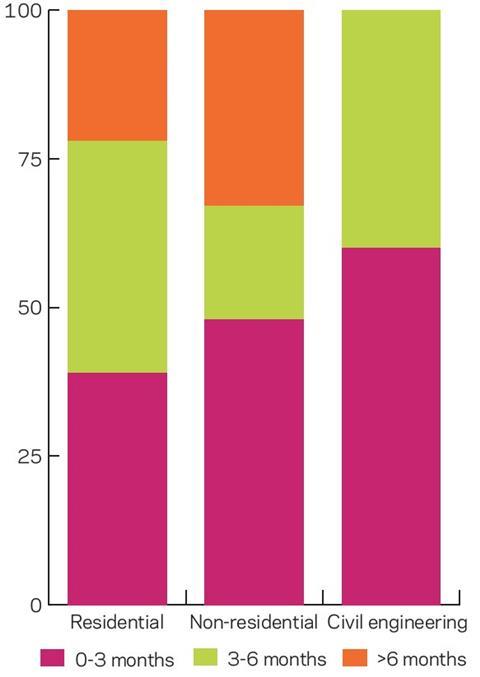 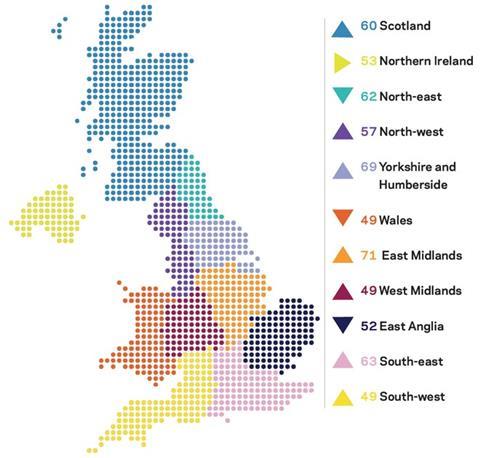 The most improved regional composite index in March was the East Midlands’ one, which gained 13 points to 71 and took the lead among the UK regions. Close behind was Yorkshire and Humberside with a gain of two points to 69.

Also much improved were the South-east and especially the North-west, whose index broke into the positive territory again for the first time since August.

Conversely, the North-east and East Anglia lost six points from their respective indices, and Wales’ index lost four points to move back into negative territory.

The UK composite index gained five points from February to 65.