The total activity index indicates growth, and residential and non-residential activity is in positive territory. However, civil engineering has fallen below the no-growth level.

The total activity index for October continues to indicate growth in the sector, standing at 58 points, down by two points from September.

The R&M index shows a similar development, remaining above the no-growth 50-point level and close to July’s figure at 54 points, six points down on the previous month.

Both orders and tender inquiries continued to grow, although their respective indices have changed direction and headed downwards.

The orders index was down by 11 points on September, returning to its July level of 63. The tender enquiries index decreased by four points to 58, the same as June’s figure.

Orders in all main sectors are in positive territory, but the indices suggest a slowdown. The index for non-residential orders saw the largest decrease in October, by 11 to 70 points, followed by the civil engineering index, down by 10 points to 62, and residential orders, down nine points to 64.

The tender (enquiry) indices suggest deceleration in growth for all sectors in October. The largest change was recorded in civil engineering, with the sector’s index falling to 68, down by 18 points since September. The non-residential enquires index ticked down by one point to 60, while the residential index fell by 5 points to 57.

The tender prices index decreased by four points and posted a value of 65. Despite the downward movement, the index remains firmly on the expansionary side, with October marking the 15th month above 60 points.

The activity index continued to suggest positive developments this month in contractors’ workloads, standing at 58 points. It has gone down by two points relative to the previous month’s figure, but is still the second highest value the index has marked since June 2016. In the next four months the Leading Activity Indicator is expected to initially increase marginally before falling down more notably to just above the no-growth 50-point level. 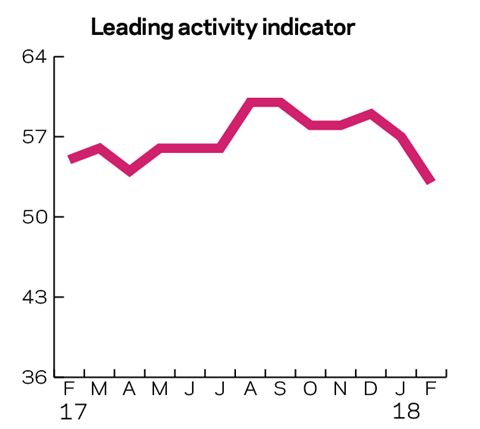 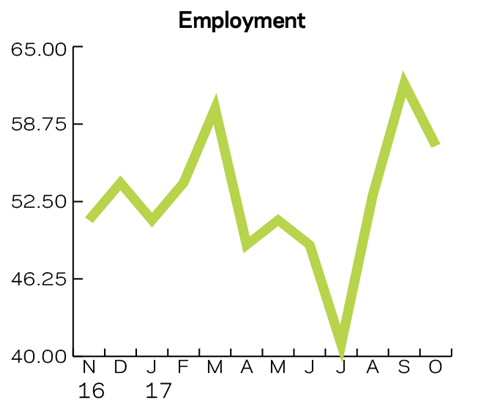 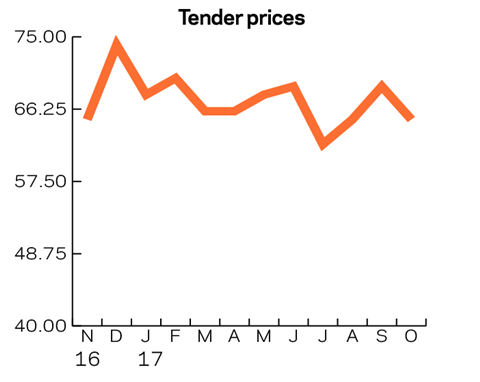 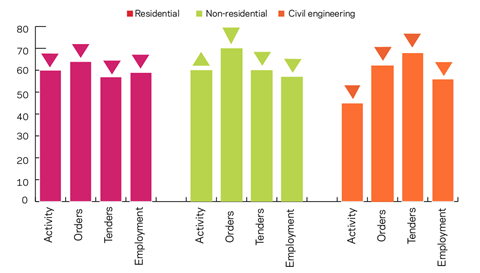 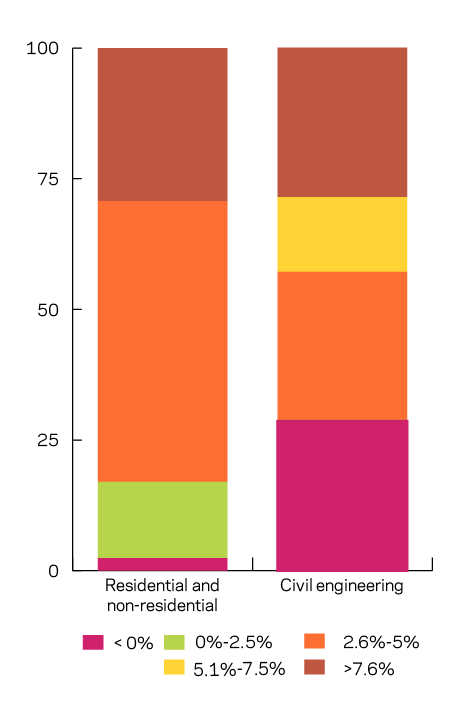 In October, the general trend was a decrease in the composite index. Only two regions enjoyed an increase in their respective indices.

The index for West Midlands was down by four points to 31 in October, making this the fourth consecutive month in negative territory. The North-west was also below the no-growth limit in October after its index dropped eight points to 48. The Yorkshire and Humberside index also recorded an eight-point decrease on September figures and was estimated at 66 in October.

The two regions which saw positive changes were Wales and Scotland. Wales’ index grew two points to put it in neutral territory at 50 points. Scotland posted a three-point increase and reached 63.

The North-east kept its leading position followed by East Midlands with indices of 79 and 69, respectively, down by five and three points.

The UK composite index was estimated at 68 – three points down from September. Despite that, the index is at its second highest position since March 2016. 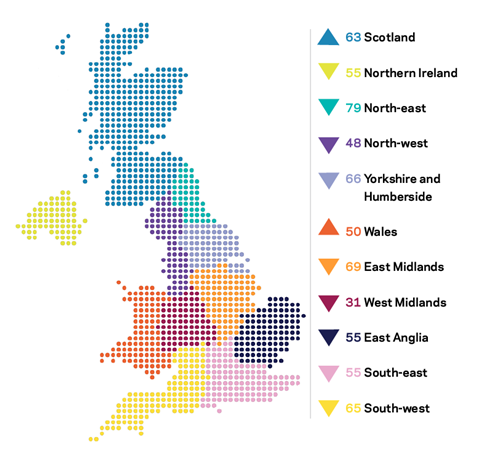