The construction activity index remained unchanged at 57 points in September. However, the sub-sectoral activity data shows some sharp movements.

The orders index dropped by three points to 70 in September. In contrast, tender enquiries saw a marginal rise of one point to 56.

The residential and non-residential tender enquiries indices saw little movement as the former increased by one point to 58 and the latter declined by two points to 56. The civil engineering tenders enquiries index dropped for the second consecutive month, by 11 points to 56.

The employment prospects index edged up by one point to 55 while the three months moving average remained unchanged.

Under half of respondents (45.5%) reported zero constraints on activity, slightly down on the previous month. Approximately 28% of businesses suggested that insufficient demand was hindering activity levels, down from 30% in August. In contrast, more firms (13.6% as opposed to 5.1%) indicated finance as an activity constraint. 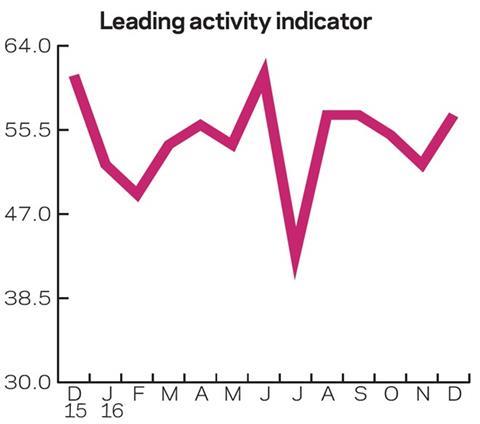 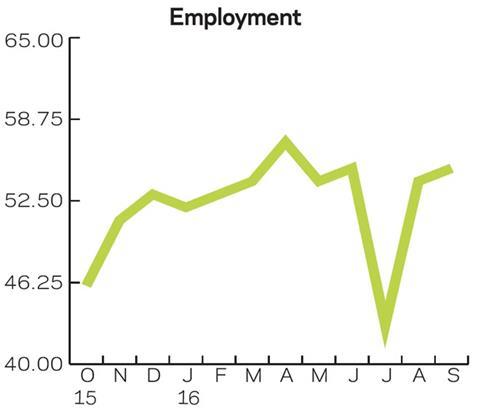 The CFR’s Leading Construction Activity Indicator was unchanged at 57 points in September, stabilising its recovery after July’s sharp drop. Over the next three months the index is likely to be around the mid-50s level. 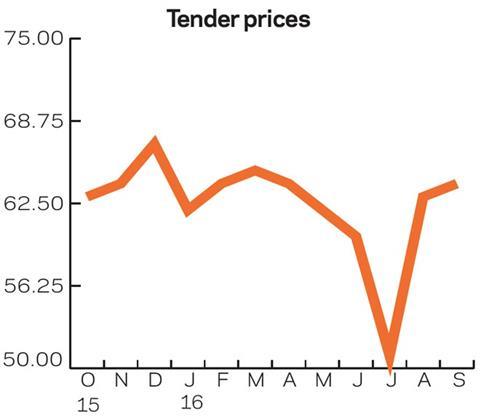 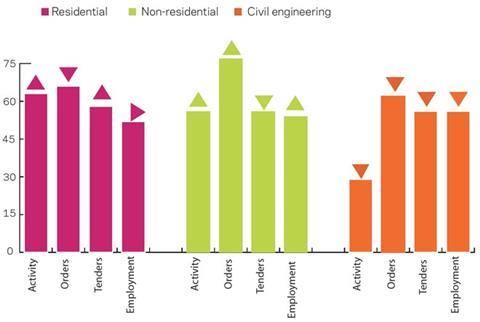 Civil engineering results showed 80% of respondents having work in hand less of than three months and 20% between three and six months. 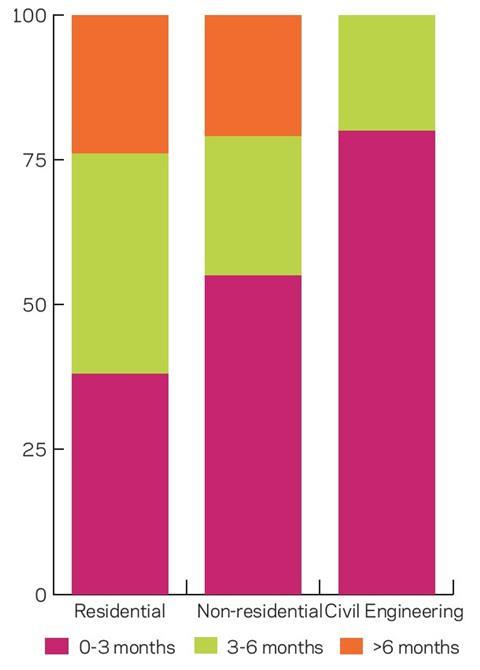 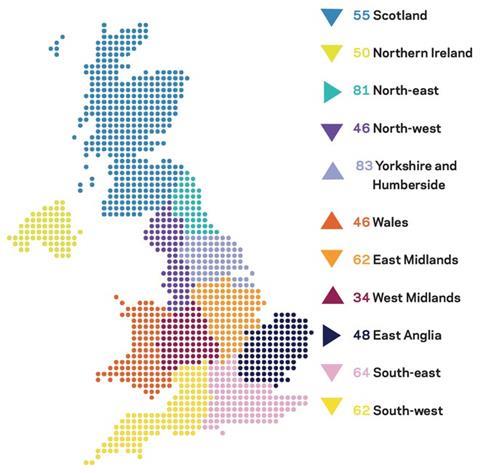 In September the regional composite index showed most of the regions with declining indices. Yorkshire and the Humberside, Wales and the West Midlands were the only ones to see their indices rise. The first two both grew by five points, whereas the last increased by four points.

Northern Ireland and Scotland saw their indices decline by six points to 50 and 55 respectively.

East Anglia (48) and the North-east (81) were the only regions to experience no change in their indices.

Overall the UK’s regional index declined by 5 points to 41.