The total activity index stayed steady at its highest level since the referendum, with civil engineering growing especially fast. Orders, prices and employment were all on the rise.

The total activity index stood at 60, the same as last month: the highest since the referendum in June 2016. Repair and maintenance (R&M) activity grew by nine points to 62 – the first value above 60 since January 2016.

On a sectoral basis, residential activity recorded its fourth month of consecutive growth with an uptick of one point to 63. Non-residential activity fell four points to 58 – still higher than the average for 2017. Civil engineering activity jumped by 13 points to 73 – the highest of the three sectors.

Both orders and tender enquiries recorded growth: orders by six points to 74, and tenders by two points to 62. On a sectoral basis, all three indices grew. Residential orders increased by five points to 73 and non-residential by eight points to 81. The largest rise was in the civil engineering orders index, which jumped by 15 points to 72.

The residential tender enquiries index grew by five points to 62 in September, while the non-residential one fell by three points to 62. The civil engineering index leapt to 86 from 69. The tender prices index increased by four points to 69 from the previous month’s 65 and stays slightly above the average for this year. The employment prospects index saw a 10-point increase to 62 from last month’s 52. The index is up almost 20 points from July’s low.

The October survey shows a similar situation in activity constraints to September’s. The percentage of respondents facing no constraints remained much the same. Insufficient demand remains the most important constraint. Labour shortages also remain a hindrance to growth, but have declined in importance since July. Perhaps the most significant result was that no respondents were facing material or equipment shortages. On the negative side, financial constraints and bad weather, as well as other factors, have increased their influence on the activity of the respondents.

The contractors’ activity index recorded another month of expansion, with the index staying at 60 points, unchanged from last month’s results. The leading activity indicator projects the expansion rate slowing a bit, but still remaining in positive territory – with an average value for the next three months of 57. 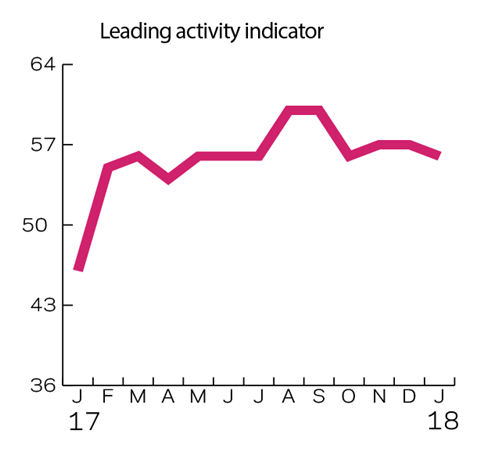 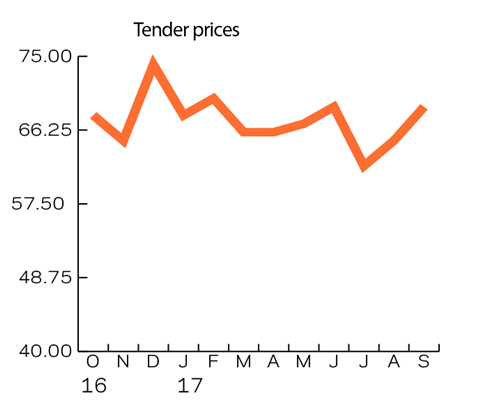 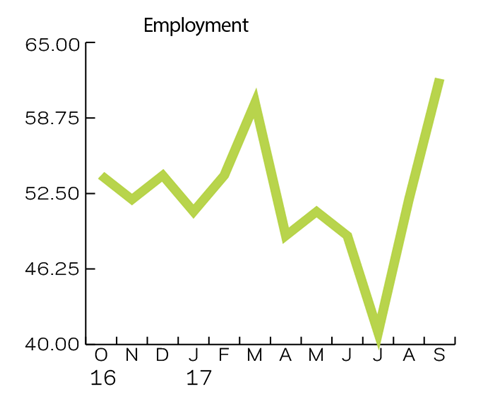 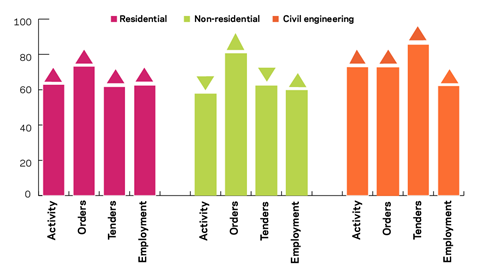 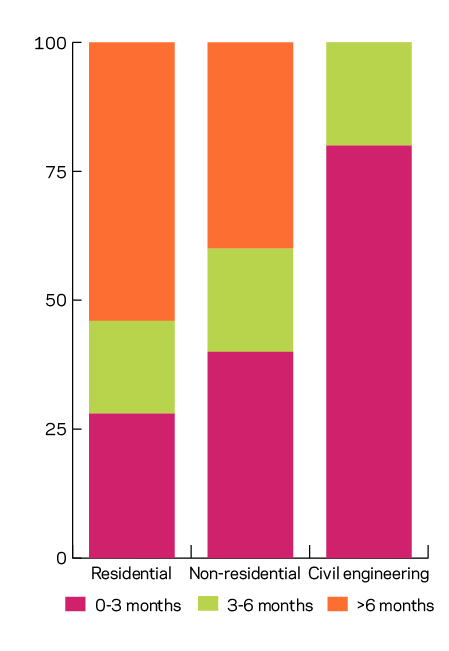 Please note that due to an issue with the formulas used to calculate the regional indices, we have had to revise the figures for July and August 2017. The movements in indices outlined above are based on the corrected figures.

Among the other regions, the best performing was the North-east, which saw its index grow three points to 84. The largest increase was for the East Midlands, whose index jumped 10 points to 72.

The UK composite index recorded its third consecutive month of growth. Its index grew by nine points to 72 in September. This is also the highest value since March 2016. 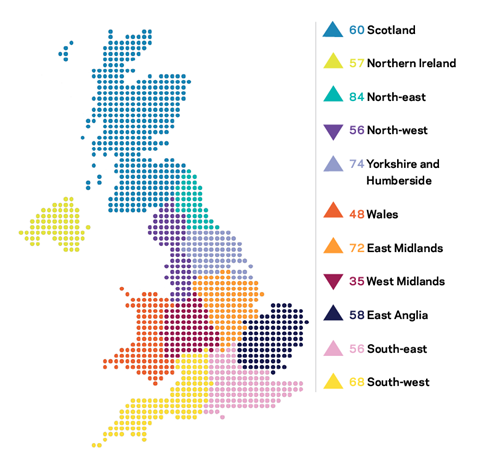