In the final month of last year there was growth in the total activity index due to improvements in the non-residential and the civil engineering sectors. Experian Economics reports

In December, the total activity index ticked up two points to 55, with the repair and maintenance (R&M) index rising by five points to 53, after staying in negative territory for two months in a row. The growth in the total activity index was due to improvements in the non-residential and the civil engineering ones, by five and 14 points to reach 56 and 55 points respectively. In contrast, the residential activity index lost two points to 54, its lowest level since last August. The orders index improved in December due to the non-residential sector only, whose index gained seven points to 76, while the residential and civil engineering orders indices lost three and two points respectively. The civil engineering orders index (42) in particular has showed no signs of improvement since first entering the negative territory last September. Last month, the tender prices index lost 15 points to reach the neutral level of 50, which was last seen exactly three years ago in December 2013. This was a more sudden and significant drop even than the one recorded in July 2016 in the immediate aftermath of the EU referendum. The employment prospects index ticked down a point to the neutral level of 50 points reflecting an atmosphere of overall uncertainty as to future demand in the construction sector. In December, the percentage of people reporting no constraints on their activity fell by 5% to 37.3%, while the percentage reporting insufficient demand rose by almost 8% to 32.9%. Winter weather conditions re-emerged as a considerable factor as usual this season with 14.6% of respondents being affected by bad weather. Labour shortages were reported by a smaller percentage of firms (7.6%) than in November and material/equipment shortages were not reported by any of the respondents. Financing concerns affected only 4.4% of all respondents, a low level rarely seen since the onset of the financial crisis in 2008/09. 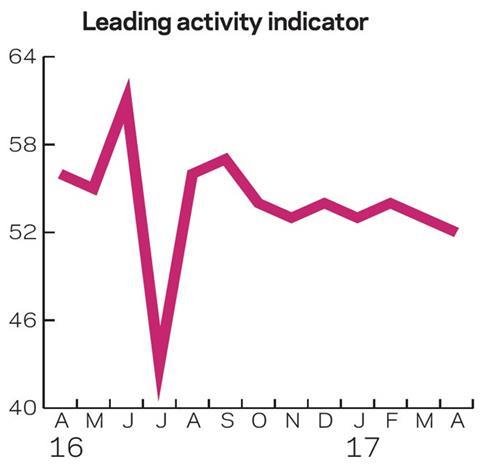 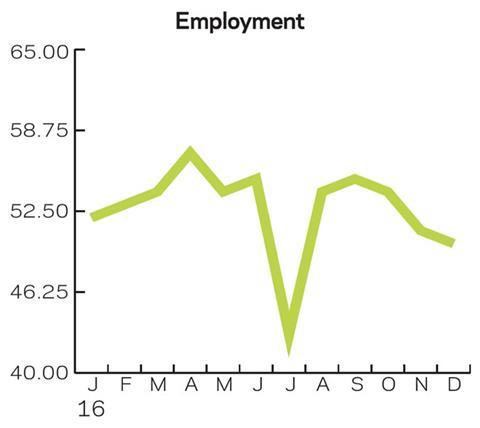 CFR’s Leading Construction Activity Indicator gained back the one point it had lost a month ago and stood at 54 point in December. We expect the index to maintain this level, losing a point or two at most over the coming four months, but remaining in positive territory above 50. 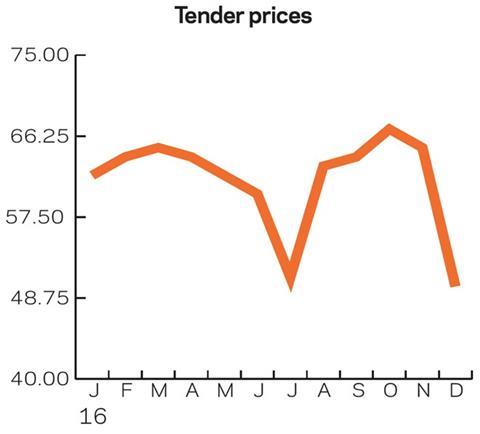 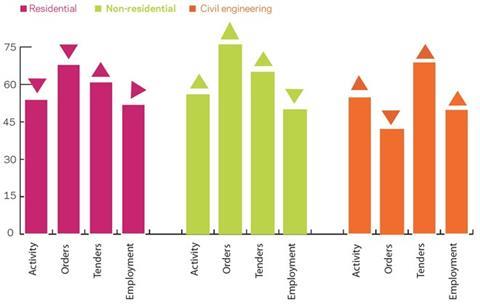 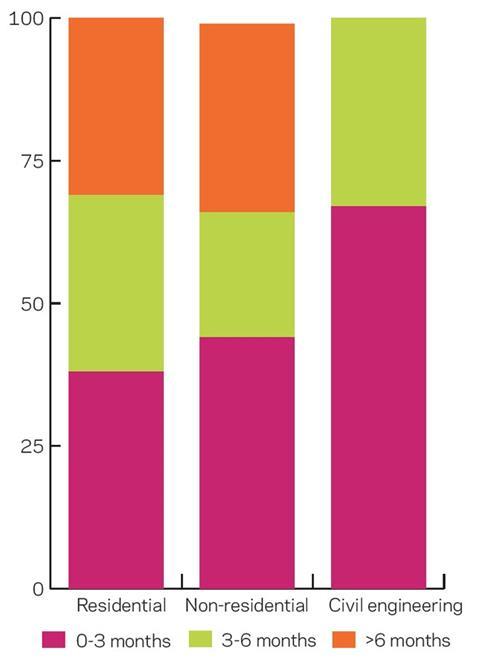 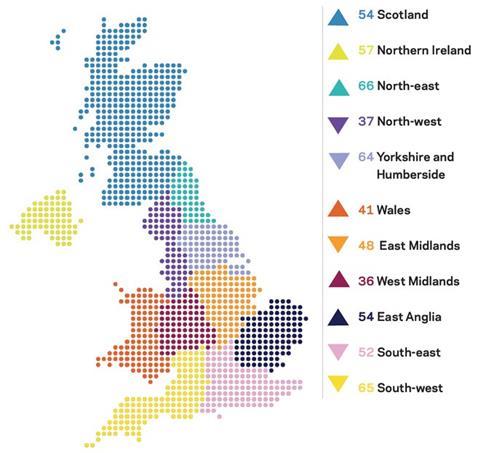 The downward trend in the regional index for Yorkshire and Humberside (64) continued for the second month running, and as a result, the region lost its leading position to the North-east (66) and also fell behind the South-west (65).

The East Midlands index also recorded a considerable drop of eight points and moved into negative territory at 48 points. The South-east (52) and the North-west (37) lost four points each.

In contrast, the most improved regional index in December was East Anglia’s (54), which moved into positive territory with a gain of seven points, followed by Scotland’s (54) and Northern Ireland’s (57), which gained four points each, and Wales (41) with a one-point gain.

The UK index ticked up one point to 62.