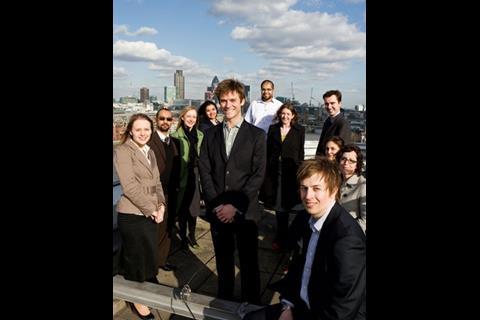 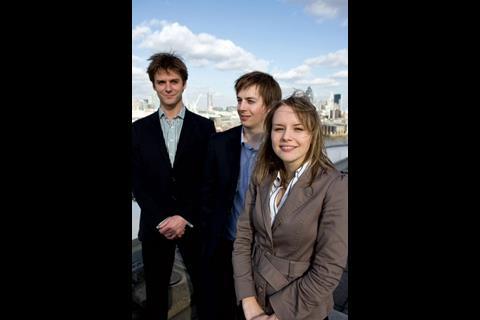 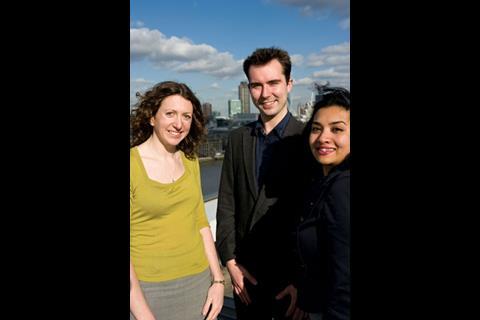 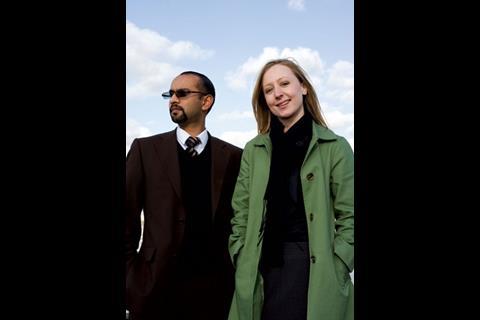 Taariq Mauthoor of Capita Symonds and Sarah Royse of Inbuilt. 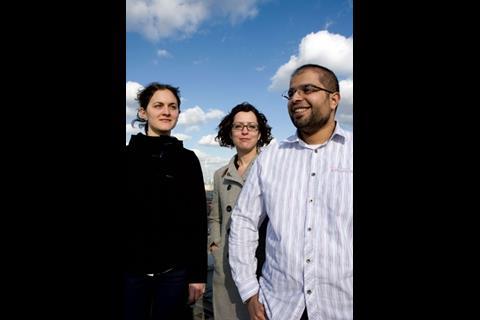 “It’s an industry that spends a lot of money for relatively incremental increases in performance,” he says. “I found myself drawn to the building industry and the challenges of reducing energy consumption, and felt excited by the potential for a substantial progression in design and technology.”

These days he gets his speed thrills from skiing but still cites Lotus founder Colin Chapman as an inspiration.

Cash graduated from Cambridge in 2005 with a MEng (Hons) in general engineering with a focus on mechanics, structural mechanics and materials.

He believes the economic downturn will act as a catalyst for industry and government to push designers into finding ways of improving the efficiency of material, water and energy use.

Julie Godefroy, senior sustainability consultant, Hoare Lea
A medieval history enthusiast, Godefroy originally wanted to be a journalist but after taking an engineering degree at ENSIMEV in France, she followed it up with a MSc at Aberdeen and a PhD from the School of the Built Environment in Nottingham in 2006.

In the short term, Godefroy hopes to gain more experience at the Hoare Lee Sustainability Group, but also wants to work in areas such as construction waste and waste-to-energy schemes. She would like to see more cooperation between disciplines on a project team and more feedback from users showing how sustainable design influences a building’s value. As for the downturn, “We have to be careful not to leave a long-term legacy of cost-cutting design decisions – sustainability could instead be a differentiating factor,” she says.

Dan Jestico, head of research and development, Hilson Moran
Jestico wanted to be a pirate when he was a child, but somehow ended up heading Hilson Moran’s R&D unit.

He studied mechanical engineering at the University of Leeds, graduating in 2000. He says he got into the industry because of his passion for buildings and architecture, and a desire to contribute to the global effort to combat climate change.

He is working with Aedas Architects, Davis Langdon and Arup structures on a parametric tall building simulation tool. His long-term aim is to see sustainability designed into every building. He’d like DECs made compulsory for all buildings.

James Mackenzie-Burrows, senior electrical engineer, Faber Maunsell | AECOM
Mackenzie-Burrows got into building services by chance, after completing his MEng at the University of Exeter in 2004. Despite childhood dreams of being a rally driver (or storm chaser), he found an advert for a graduate engineer at Faber Maunsell and has “never looked back”.

A Smart car enthusiast, he believes in practising what you preach. “It’s all very well saying how buildings should be constructed and operated, but it needs to start at home. Driving 20 miles to work in a BMW which uses 220g/km carbon cannot be used to offset the design for building with a DEC A rating.”

Mackenzie-Burrows is working towards chartership with the IET, and is lead electrical engineer on the redevelopment of North Middlesex Hospital in north London.

Emma Marchant, senior environmental designer, Atelier Ten
An architect and RIBA member, Marchant says she always wanted to be an inventor and innovator – although at the age of eight, she wanted to be a trapeze artist too.

She wants environmental design to be an intrinsic part of good architecture, something she believes other architects agree with but aren’t actively pursuing.

“I was once told to choose your battles. If you’re passionate about something it’s easy to find yourself caught up. It might be worth fighting for, but it’s invaluable to take a step back, listen and look again to refocus on what matters most.”

Taariq Mauthoor, associate director, Capita Symonds
Mauthoor gained his MSc in the built environment, environmental design and engineering from University College London in 2002, and got into the construction sector after a summer placement at a subcontracting engineering company in Mauritius.

He is looking at ways to crack zero carbon cost-effectively, and hopes for a more integrated approach to design for the next wave of sustainable buildings.

A keen reader who enjoys travelling, Mauthoor says he finds the worst aspect of the construction industry is its pessimism.

While economies rise and fall, the potential damage we are doing to the planet is still the most important challenge facing us. The companies that survive will be those committed to sustainable development

“Sustainability is a breath of fresh air for the industry and as we move building design forward, we need to remain optimistic that we can achieve the targets set,” he says.

She says she wanted to be an architect from the age of six, before she could even spell the word. As a child she watched a neighbour’s house being demolished then rebuilt from her bedroom window and says it was “the most amazing thing I had ever seen”.

Naz is working on Ashmount Primary School, a zero carbon project in Islington, north London, and says she wants to use her knowledge and skill to serve humanity and help to deliver zero carbon buildings from the first to the third world.

Susannah Parkin, senior sustainability consultant, WYG
Parkin was placed at WYG as part of her MA environment and business in 2004, looking at its sustainability policy and supply chain management, before being offered a full-time position. She also has a BSc in environmental science.

She says she’d like to get more involved with designing tools to help organisations achieve “truly sustainable development, rather than green bling.”

She is particularly interested in up-and-coming technologies and would like to see increased awareness of the social side of sustainability. She is passionate about tackling climate change in the face of the economic downturn.

“While economies rise and fall, the potential damage we are doing to the planet is still the most important challenge facing us,” she says.

“I believe the companies that will survive in the long term are those committed to sustainable development and which are fully prepared for the challenges facing us in the future.”

He says he has always been fascinated by buildings. “It’s pretty sad, but I actually used to draw buildings and skylines when I was a boy and make little model stadiums by folding up bits of paper. I don’t think I knew I wanted to work in this industry, but I definitely knew I wanted to be some sort of engineer.”

It wasn’t until his third year at university that Rashid heard of building services engineering and realised it was for him. He is still waiting for his projects to get to site, but is looking forward to walking past a building he had a hand in designing. He would like to increase public awareness of services engineering, capitalising on the interest in climate change.

Sarah Royse, principal consultant, Inbuilt
Royse cites a trip to the Sydney Opera House as a defining moment. “After university I was guided around the Opera House by one of the project architects. His explanation of how building physics had shaped the design really inspired me, and from this point I knew I wanted to be involved in this exciting process.”

Royse received her BSc (Hons) in physics and mathematics from Durham University in 2001, and says she’s always wanted to work in a field that combined science, art and design.

She is a visiting lecturer at Oxford Brookes Department of Architecture, and describes the holistic design solutions of the industry’s up-and-coming professionals as “truly inspiring.” She enjoys cycling, squash and five-a-side.

Melissa Stears, lighting designer, BDP
Stears has two years of architectural and seven years of lighting design experience in Brazil and the UK. She wanted to be an architect from the age of 10.

She says her passion for lighting stems from her desire to satisfy the relationship between the technical and the artistic. She believes lighting design should be both accessible and playful.

Stears’ projects include the Cutty Sark conservation in Greenwich, and York University. She cites food and cycling as her leisure interests.