The tracker: One direction

Construction activity has been in continuous decline for 18 months now, and the dearth of residential orders offers little hope of respite any time soon. Experian Economics reports

Experian’s construction activity index decreased by two points to 46 in May. The reading has now bumped along below the no-change mark of 50 for 18 months, since November 2010. Activity in civil engineering fell by six points to 46. The residential activity index also declined, by three points to a six-month low of 42, while the non-residential sector edged up one point to 47.

After a sharp fall in April, the proportion of firms reporting no constraints on activity levels in May increased to 18%. Insufficient demand became more of a concern, with 60% of respondents reporting this as a constraining factor. Financing issues became less important, with only 16% of firms seeing this as a limitation on activity, a reading not seen since June last year.

The employment prospects index remained unchanged at 38, indicating that firms expect job levels to fall over the coming three months. The index has been in negative territory since January 2008. On a sectoral basis, the residential index declined by seven points to 34 - the lowest level since April 2011. The non-residential (38) and civil engineering (42) sectors saw their indices increase by three points and one point respectively. 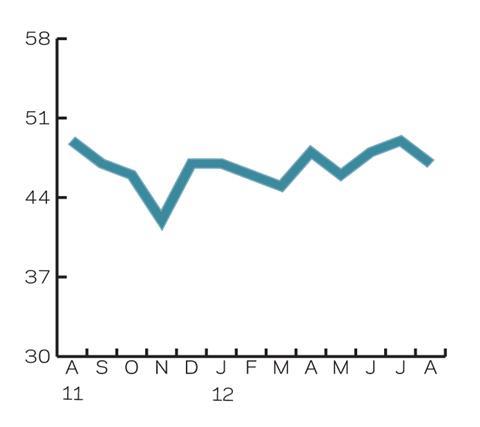 CFR’s Leading Construction Activity Indicator suggests that the pace of contraction will ease in June, with the index rising by two points to 48. The index is predicted to increase further to 49 in July before slipping back down to 47 in August.

The indicator uses a base level of 50: a figure above that level indicates an increase in activity, below that level a decrease. 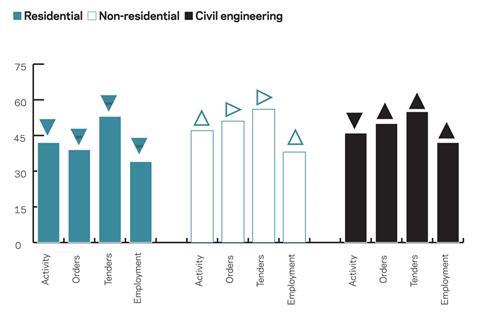 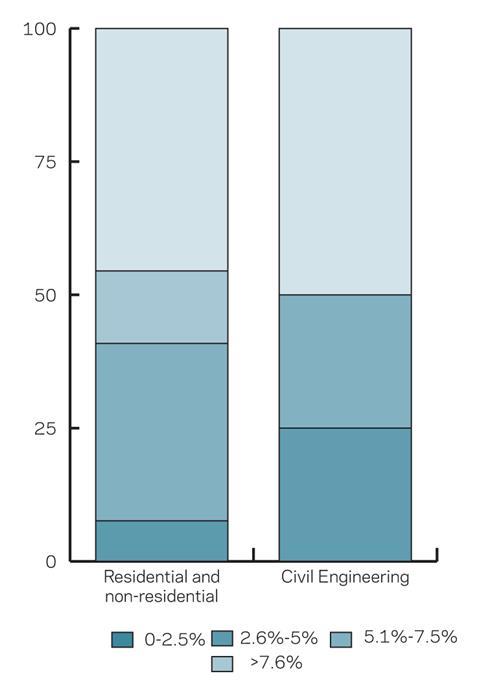 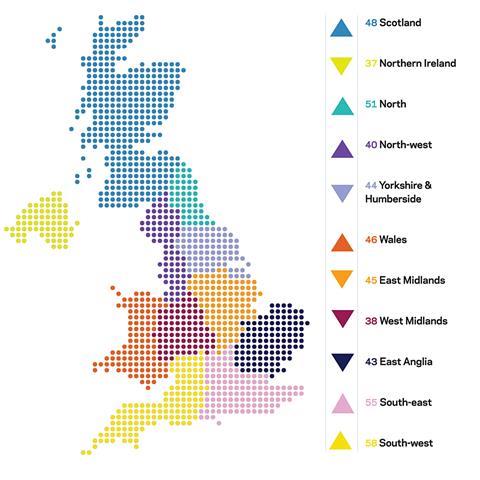 The indices for five regions decreased in May. Yorkshire & Humberside saw the greatest drop, falling by 11 points to 44 - a reading not seen since December 2010. Both East Anglia and Northern Ireland saw falls in their indices of six points to 43 and 37 respectively.

The East Midlands index declined by four points to 45 while the West Midlands saw a smaller drop of two points to 38.

The South-east and South-west indices rose by two points, to 55 and 58 respectively. The North-west and Scotland also saw two-point increases, to 40 and 48, but despite this remained in negative territory.

Wales’ index rose by one point to 46 while the North moved back into positive territory, also thanks to a one-point rise, which took it up to a reading of 51.

The UK index, which includes firms working in five or more regions, declined by one point to 48, a level not seen since November 2009.