Little growth was in evidence as most indices stayed steady or contracted, while all sectors experienced less work in hand. However, labour shortages have eased since last summer. Experian Economics reports

The total activity index gained one point from November and reached 55, reversing the negative trend of the previous three months. The repair and maintenance index stood at 57, two points down from November, but still considerably above the average value of 50 for 2017.

Tender enquiries showed no growth in their respective indices. The residential index remained at 55, whereas non-residential was two points down to 58 and civil engineering took a 15-point slump into negative territory at 48.

Labour shortages were reported as a constraint by 10% of respondents, about one percentage point less than the previous month. The share of respondents reporting labour shortages has eased in the second half of 2017, from a peak of 20% in July, which chimes with the falling output profile reported by the Office for National Statistics.

The contractors’ activity index stood at 55 points in December 2017, indicating expansion. The figure was one point above the previous month’s results and at the average for 2017. The leading activity indicator is expected to stay above the no-growth threshold of 50; however, it is projected to decrease by a couple of points. 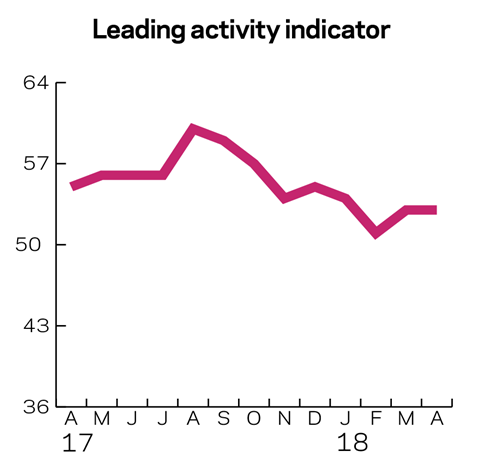 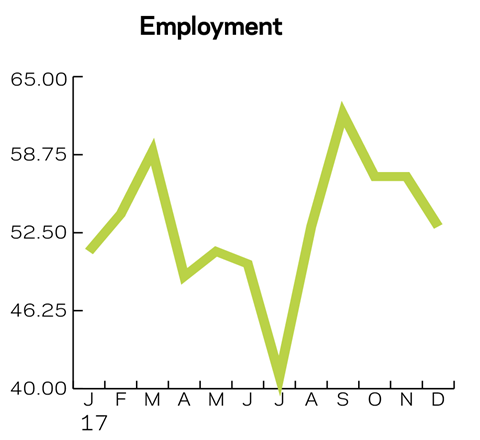 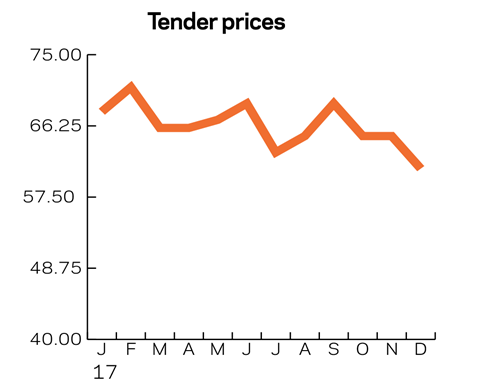 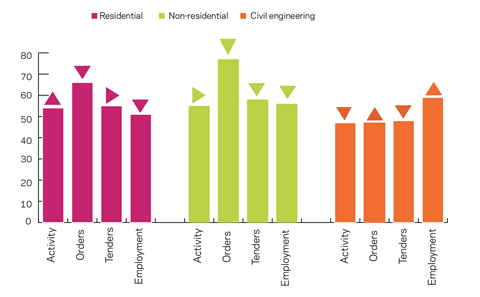 The non-residential sector showed similar movements, albeit less pronounced. Respondents indicated having less work in hand compared with September 2017, with the percentage having less than six months’ work increasing somewhat.

The level of work in hand in the civil engineering sector has changed little in the past six months, although it is still following the trends in the other two sectors. The latest results show a slight increase in the share of respondents with work in hand of less than three months (three percentage points). Again, no respondents indicated more than six months of work in hand. 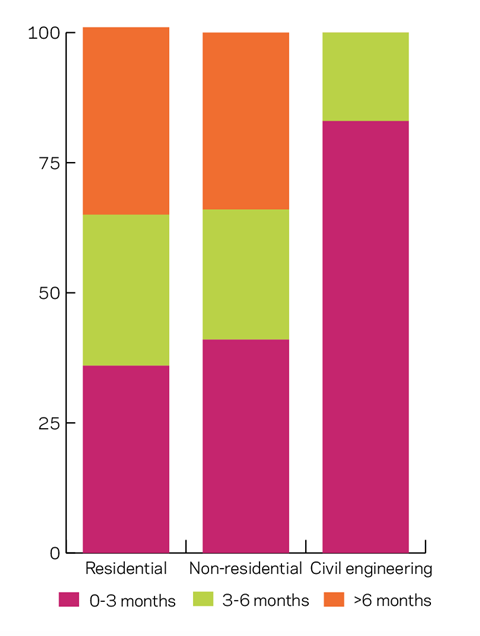 In December, eight of the regions expanded but only three saw their growth rate accelerate. Two regions, the South-east and East Anglia, entered negative territory. The former saw its index drop eight points to 48, and the latter seven points to 43.

Conversely, the North-west and Wales indices moved into positive territory. The North-west saw its index grow by five points to 54, partially reversing the contraction in the last two months. Wales recorded its first month of growth since April.

The best-performing regions – Yorkshire and the North-east – dropped by 17 and eight points respectively to 60 and 65. Therefore, all the regional indices were below 70 points in December.

The West Midlands continued to be the worst-performing region, with its seventh consecutive month of contraction, despite gaining one point.

The UK composite index fell by three points to 60, the third consecutive month of slowing growth. Despite the lost ground, the index is still comfortably in expansion territory. 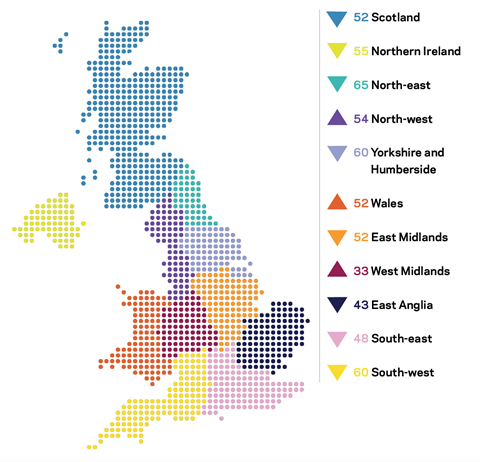