The construction activity index is showing notable weakness, while the majority of the country’s regions suffer a second consecutive contraction in activity levels

The construction activity index was unchanged on a monthly basis in October at 51 points. It has exhibited notable weakness over the last five quarters, holding significantly below its average post-2013 level. The repair and maintenance (R&M) index slipped into negative territory (48) for the fifth time this year. At the sub-sector level the non-residential and residential indices both expanded, with index levels of 52 and 53 respectively. In contrast, the civil engineering activity index contracted for the second successive month (47).

The orders index remained in growth territory for the 31st consecutive month in October. Despite the increase this was its weakest posting since June 2013. It was a similar story for tender enquiries which expanded for their 22nd successive month, albeit at a weaker than average rate.

In October, the percentage of respondents reporting no constraints to construction activity had fallen from 38.3 to 30.4 on a monthly basis. The primary drivers to the increasing levels of concern came from worries about insufficient demand and bad weather. The former was reported as an issue for 42% of the panel, this was its largest proportion since June 2014. At 8%, concerns about the latter were at their highest level since January. Accordingly, worries about financing, material/equipment shortages and labour shortages all experienced a decline last month.

The employment prospects index (45) fell further into negative territory in October. This is also reflected in the three-month moving average. The index has not been this consistently bearish since December 2013. 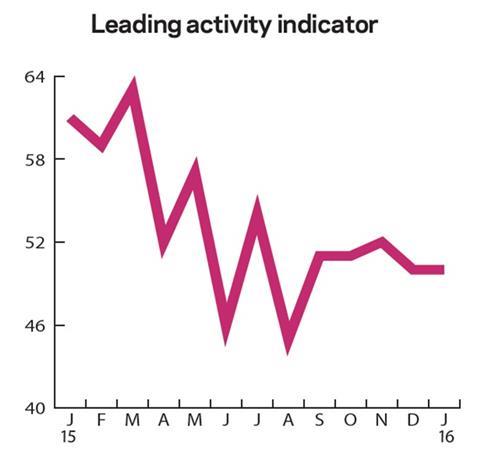 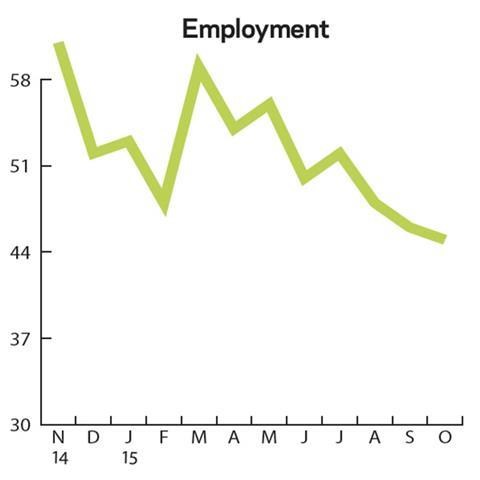 In October, the CFR’s Leading Construction Activity Indicator remained in expansion territory, at an unchanged 51 points. 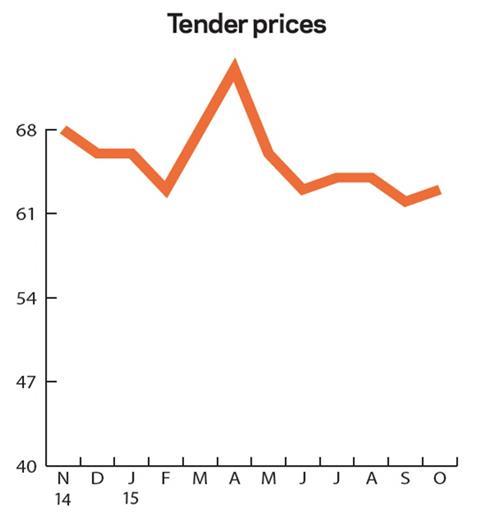 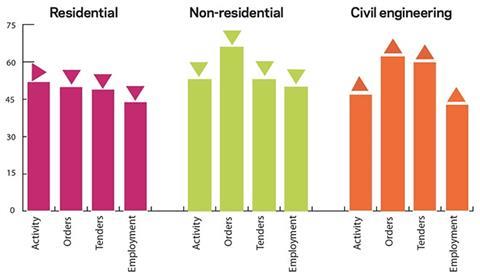 During October 2015 12% of non-residential and residential respondents reported labour cost inflation in the range of 0% and 2.5%. Meanwhile, the vast majority (58%) reported inflation at a level between 2.6% and 5%. This represented an increase from 30% in the same period of last year. The percentage of those reporting falling inflation rose to 4% on a quarterly basis. No respondents indicated that their wage bill had risen by between 5.1% and 7.5%, down from 7% three months earlier. The share of firms who experienced labour cost growth of more than 7.6% expanded to 26%. 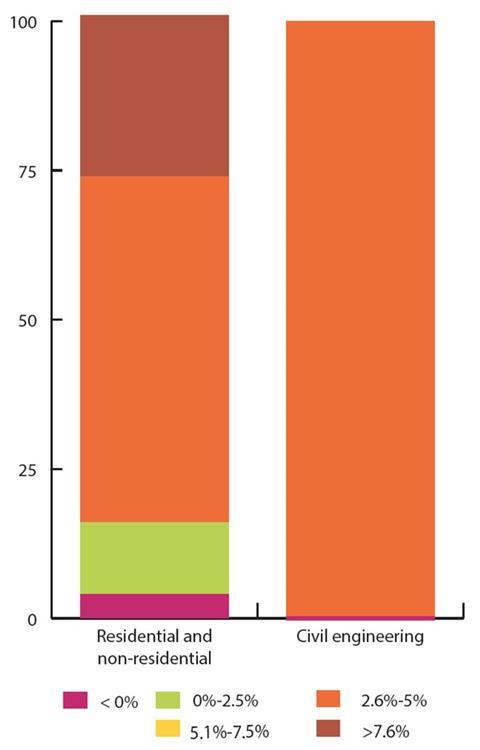 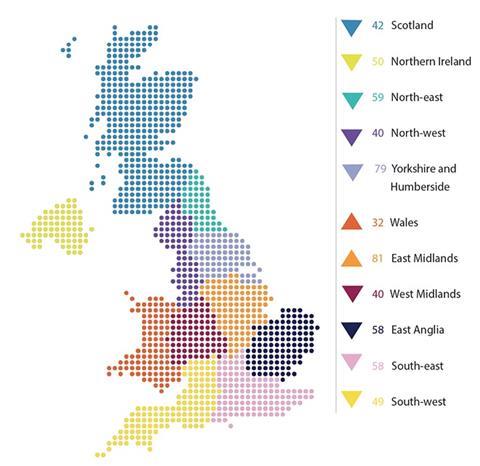 The majority of regions and devolved nations experienced a contraction for the second successive month in October, only the East Midlands and Wales experienced an uptick in activity, with the former hitting a long-term peak and the latter remaining firmly entrenched in negative territory. The North-west and Scotland saw the largest drops. The former contracted for the fifth consecutive month after posting an index score of 40. The latter was down to 42 – its lowest level since March 2014.

The North-east, Yorkshire and Humber, East Anglia and South-east all experienced a decline in activity, yet each region managed to remain firmly in expansion territory. The same cannot be said for South-west’s index, which exhibited negative growth for the first time since September 2013 after falling for the seventh straight month to 49 points.

The UK index edged down on a monthly basis to reach 56. While remaining in positive territory, it has seen a significant rise in volatility over the past six months.