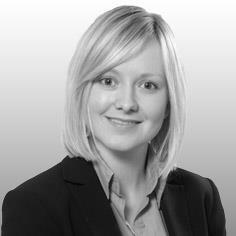 The government’s drive to reduce red tape has been at the forefront of the most recent revisions to the UK’s health and safety regime. With a further consultation on the Construction (Design and Management) regulations 2007 (CDM regulations) planned for later this year, the Health and Safety Executive (HSE) has indicated that the next set of changes, due late 2014, is likely to be more extensive and have objectives more wide ranging than a mere reduction of bureaucracy.

The CDM regulations originated from the EU Directive 92/57/EEC of 24 June 1992, which sets out the health and safety requirements for member states to implement on construction sites. Until now the UK has taken a broad view of the derogations permitted by the directive.

However, that is expected to change. Early indications are that the government plans to overhaul the CDM regulations, virtually “copying out” the directive, so as to avoid facing infringement proceedings.

In Ireland, the Safety Health and Welfare at Work (Construction) Regulations 2013, which are derived from the directive and are the Irish equivalent of the CDM regulations, have recently been amended to align domestic legislation with the directive. One of the key changes made to the Irish Regulations was the widening to cover domestic projects, a change that is widely expected to be introduced in the UK next year.

At present the CDM regulations apply only to “clients” - those who undertake construction work as a business. If the definition of client is extended to include homeowners, those undertaking domestic projects such as house builds, extensions, or kitchen re-fits may also be captured by revised CDM regulations if the project involves more than one contractor and lasts for over 30 days.

Although this change is clearly intended to improve worker safety on domestic sites it is expected to be contentious, with the concerns over homeowners’ competence one of the main reasons for resistance. This is a valid concern as under the directive the client is responsible for ensuring the health and safety plan is prepared, and taking account of the principles of preparation during various stages of designing and preparing the project.
Provided the homeowner has the foresight to appoint - and delegate its duties to - a project supervisor, as permitted by the directive, this issue can be addressed, but publicity and raising awareness of these responsibilities will be key if the revised CDM regulations are to be effectively implemented on domestic projects.

The requirement that the client checks the competence and resources of all appointees is expected to be removed in line with the directive. There is some concern in the industry that, contrary to the government’s intention, the removal of the competency requirement may lead to deterioration in health and safety standards and pave the way for “cowboy” contractors working on site.

It has also been indicated by the HSE that the Management of Health and Safety at Work Approved Code of Practice (ACoP) will be withdrawn in favour of non-binding guidance. While many in the industry would welcome a review of the ACoP, in line with the recommendations of the Löfstedt report, the majority have expressed concern that the proposal to remove ACoP in its entirety will create uncertainty and confusion.

The role of CDM co-ordinators is likely to change if the directive’s roles of project supervisor, co-ordinator for preparations stage safety and health matters (CPSH) and co-ordinator for execution stage health and safety matters (CESH) are introduced. The CPSH and CESH would be appointed for all projects with more than one contractor, mirroring the recent changes to the Irish regulations. It is anticipated that the CPSH role would replace the role of the CDM co-ordinator and be fulfilled by the lead designer. It is not yet clear whether this role would be welcomed by designers but it would certainly have an impact on such parties’ professional indemnity insurance cover and premiums.

The role of CESH would lie with the principal contractor. This may prove difficult on domestic projects if smaller contractors with little or no experience of co-ordinating health and safety matters are allocated this role.
If all of these changes are to be made it will be vital that effective publicity and training is available to the industry as a whole to ensure consistency and proper implementation.