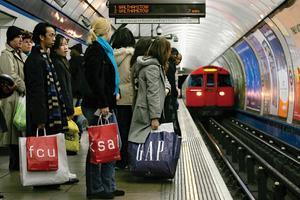 As commuters warily return to London’s Tube network after the recent attacks, a new project means they may soon find that conditions are not as stifling as they once were.

When outside temperatures in London start to soar you can guarantee it’s going to get hot and sticky on the capital’s Tube network. Temperatures in tunnels and on platforms can be up to 11°C above ambient conditions, and the warmer the air in the tunnels the higher the temperatures in the carriages.

In a bid to improve conditions London South Bank University is to begin trialing a system that uses ground water to cool the Tube network. John Missenden, a member of the LSBU’s faculty of engineering, science and the built environment, is working on the project. “As well as providing a low cost, environmentally friendly method of comfort cooling, this scheme also provides a demand for groundwater, which will assist in the reduction of the rising water table that has presented increasing problems for the underground rail network.”

A massive 85% of the heat gain within tunnels is generated by trains’ braking systems – on older stock kinetic energy is converted to electrical energy and dumped into resistors; on newer stock, the energy produced by braking can be used to power the train’s operating systems or trackside equipment.

It is the capital’s deep level lines, including the Victoria, Piccadilly and Northern lines, that are the worst affected by this heat gain. This is in part a result of their depth, which limits opportunities for ventilation, and is compounded by the small platforms, stations and tunnels, which restrict the amount of heat that can be absorbed.

With funding from London Underground and the Carbon Trust, LSBU’s trial installation will use water pumped from an underground river at about 12°C. This is passed through heat exchangers, which in turn cool air ducted down onto the platforms. Trains will then act as giant pistons to help circulate the air around the network and bring down temperatures in the tunnels. Missenden predicts the system will be so energy efficient that input energy will provide 50 to 100 times its worth in cooling.

This cold air will provide cooling to the carriages directly through the existing ventilation systems and indirectly through conduction through the car body. From modelling studies, the team at LSBU predicts that by cooling the tunnels by 9°C, the temperature in a typical carriage carrying its peak load will fall by about 6-8°C to a much more acceptable level.

From the trial LSBU hopes to determine what the actual cooling effect of the system will be. “We’ve done design calculations but they are really a stab in the dark,” says Missenden. “It’s really a matter of trialing it.” The team will also be looking at the potential for interseasonal heat storage from the tunnel fabric and surrounding ground.

LSBU hopes to have the system installed later this year, after which it will have 12 months to it assess it. Only then will we know if it has the true potential to provide London’s commuters with some much-needed relief.