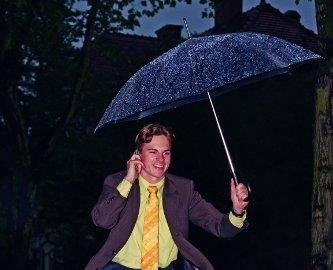 Staff at WSP are earning cash bonuses thanks to the consultancy’s Personal Carbon Tracking Scheme (PACT), a voluntary initiative which sets them a target for carbon emissions in their personal lives.

Each worker has an annual carbon emission allowance of 5.5 tonnes for carbon-related activities, such as heating, lighting and public transport. Those who emit less receive 5p for each kilogram under the 5.5 tonnes; those who are over are fined 5p per kilogram. The reward and penalty are capped at £100.

The financial numbers may not be huge but the scheme is a valuable way of making people aware of their own carbon emissions. More may be forced to follow the example of WSP, according to the Institute for Public Policy Research, which says about 40% of UK emissions result from the behaviour of individuals.

The think tank has examined the case for and against personal carbon trading as a means to tackle climate change, and suggests it could become a serious option if existing policies fail to make a dent in emissions or the impacts of climate change worsen.

About 80 people in WSP’s UK-based environmental team have signed up to initiative, which started in 2007. The carrot and stick approach seems to be working as the overall carbon footprint of participants in the first year fell by 10%.

David Symons, the director who suggested the idea, puts the attraction of PACT down to a mixture of incentive, environmentalism and competition.

He says: “The scheme has its roots in carbon rationing action groups. Local activists set these up in their communities as a way to reduce their individual and collective carbon footprints. As a company, we live and breathe this kind of thing, so we thought it was a great idea to pick up in our business.”

Symons wanted a sustainable strategy that went beyond common-sense measures. “Switching off monitors and lights just isn’t stimulating,” he says. “Our staff are pretty green in their thinking so we had to encourage something that went beyond the basics.”

Each quarter, participants work out how much energy they have used, how many miles they have driven and what long-haul flights they have taken. Commuting is included, as it is deemed personal travel, while business travel such as flights to overseas projects is excluded.

“We tally up the spreadsheets at the end of the year, when we have our day of reckoning,” says Symons. “There’s a degree of peer competition but the main draw for the scheme depends on the person. Some are taking part because they are environmentally minded. Others may look at it purely from an incentive approach. Either way, the scheme is worthwhile.”

Senior or junior, staff face equal censure if they go over their allowance. Stuart McLachlan, managing director of the environment and energy team, fell foul of the scheme because of long-haul holiday flights and was fined. He now cycles the 12 miles to work to cut his personal emissions further.

WSP is looking at extending PACT to its overseas offices, though it will have to be revised to fit the country. Symons says: “We have staff in Sweden who could easily make the targets set in the UK. On the flip side, if we were to give US staff the same allowance as the UK they’d be in carbon debt straight away because of the lifestyle there, how the houses are made and the climate.

“What we’re trying to do is provide an incentive and engage people; to have enough of a carrot that suggests they can make savings and be rewarded for them. The targets we’ve set are reasonable and attainable.”

With staff reducing their emissions by 10% in the first year alone, will the carbon allowance decrease? Symons says: “We do anticipate that the targets will be tightened, and are kicking around ideas at the moment, but we can’t say for definite.

“What the scheme proves, in broader sustainability and employee engagement terms, is that if you’re imaginative, you get good staff buy-in and you have a lot of fun doing it.”