A glimpse into the future 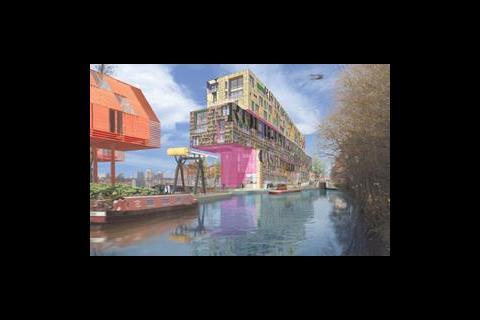 Construction work has begun on Manchester’s New Islington Millennium Community scheme, including Will Alsop’s Chips building (left and top). It is expected to complete in Spring 2007 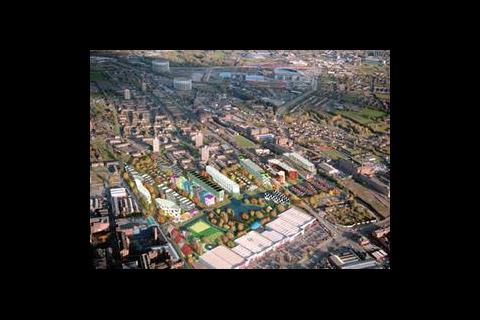 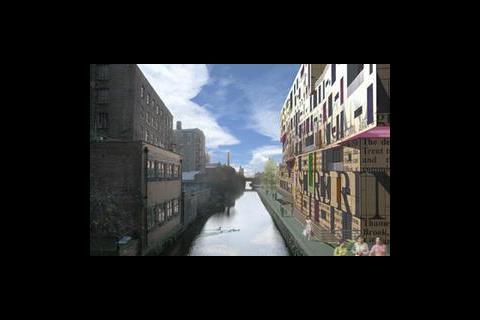 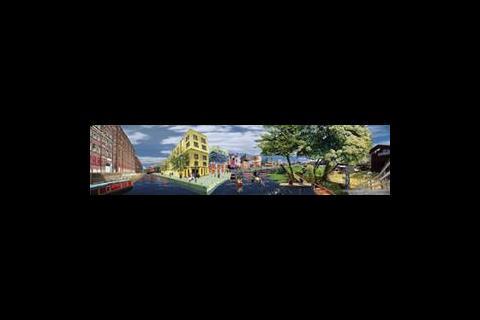 Will Alsop's apartment building isn't the only thing that makes Manchester's new scheme stand out from the crowd, says Stephen Kennett. It's energy supply is pretty radical, too

Two things stand out about the new Islington Millennium Community in Manchester. The obvious one is Chips, the first UK residential building designed by architect Will Alsop and exactly the kind of extrovert design you'd expect from him (see picture, left).

The second is more understated - it's the way the development will pioneer a new way of saving energy. Once completed, all 1400 homes in the scheme will take their power and heating from a single community-wide utilities network based on a series of gas-powered CHP plants.

Urban Splash, the lead developer on New Islington, makes no bones about the fact that one of its main drivers is to make money. So why is a speculative developer opting for ambitious energy-saving plans, when the British public is still unwilling to pay more money for properties that are low energy in use?

The answer, in this case, lies in the emergence of Energy Service Companies, or ESCos. In exchange for a long-term contract to supply a development with utilities, an ESCo will provide the capital and project management skills to make it work in a more sustainable way.

Brian Mark, from Fulcrum Consulting, worked on the masterplan for New Islington. He explains that ESCos have only really come to the fore in the last three to four years. "We're interested in them because we have been trying to find a fix for the inherent problem with speculative developers that sustainable solutions cost you more."

The concept of an ESCo is straightforward. It will provide funding towards the design and construction of on-site energy centres producing power, heat and cooling for a development, as well as taking responsibility for the ongoing operation and maintenance of the plant. In return, the ESCo will get a 25-30 year contract to supply the scheme's occupants and tenants. This is the key to their business case, as while the capital outlay is high, the rate of return justifies and still enables it to undercut the traditional utilities. "It works because standard suppliers are either not very efficient or have incredibly high profit expectations," says Mark.

In comparison with grid electricity supply and on-site boilers, emissions are reduced by using CHP plant and, depending on the site, the process can be combined with geothermal technology, wind turbines, methane from nearby landfills, or biogases from anaerobic processing of organic waste.

To increase their return, ESCos maximise on the efficiencies of this plant and capitalise on the legislation surrounding emissions reduction - effectively the Enhanced Capital Allowances scheme, the Climate Change Levy, carbon trading and, if they're expert energy purchasers, better deals from utilities for top-up supplies.

Making it all add up

According to Mark, an ESCo's typical negotiation is based on a design for the buildings, from which the amount of electricity, heat and cooling that is likely to be consumed can be estimated. It will then look at the cost of generating and supplying all the on-site needs, to which it will add its declared profit - typically 20%.

This is compared with the income stream over the contract period - which includes a set management cost and tariffs set at 10% below the lowest averages. Using a net present value calculation, the difference between this income and the declared cost is then brought down to a single figure. In simplistic terms, the ESCo will hand the developer a cheque for that amount, which can be used to provide combined heat and power. "This amount normally runs to several million pounds," says Mark.

EcoCentroGen is one of the new breed of ESCos and currently has around 14 schemes in the late stages of development, representing a total investment of around £40 m - with another 65 projects in the pre-planning stages.

We incentivise the customer to use less energy. It gives us an opportunity to make more from selling less and make inroads into energy conservation

According to its managing director, Peter Walker, the intention is that the capital contribution covers the additional costs of implementing a low-carbon solution for a development. Therefore the developer achieves cost neutrality against what they would have spent in a "business as usual" scenario. "By contributing capital towards a project, an ESCo can help give a developer "green credentials", and the associated marketing advantage, without adding to their build costs."

Like the utilities, ESCos are governed by Ofgem and are obliged to charge customers a competitive rate - and although they have a long-term contract to supply a site, it is by no means a captive market. Under the 28-day rule customers can change supplier at their will.

To get them to stay, ESCos will guarantee tariffs that undercut the other utilities. EcoCentroGen offers its customers a discounted electricity tariff throughout the contract period. "We agree with the client as part of the legal process a ‘basket' of conventional electricity suppliers, which are then averaged out to establish the baseline tariff on day one of commencement of service. We then apply a 10% discount to this price which is then tracked and reviewed annually," says Walker.

ESCos are now moving beyond just supplying power, heating and cooling. One of the most potentially profitable areas is the supply of data communication services. Projections show that up to 40% of future income might come from add-ons to broadband services. "Basically it will subsidise a low-carbon lifestyle as you can get most, if not all, of that initial capital outlay back," says Mark.

Incentives to use less energy

EcoCentroGen is also using the supply comms and data services to revolutionise the way it charges for utilities and manages energy efficiency. The proposal for New Islington is that tenants will be charged a flat rate for electricity, heating, cooling, water, comms and data for each apartment, or by the square metre for the commercial spaces. Tenant's energy usage will be monitored and if a flagrant user is detected, they will be contacted via the digital television network and incentivised to use less.

This effectively moves the reduction of energy usage from demand side management to supply side management. "Traditionally, the utility companies have only been able to generate more revenue by selling more energy. Instead we take the responsibility of educating/incentivising the customer to use less energy," says Walker. "It gives us an opportunity to make more from selling less and real inroads into energy conservation." Typical incentives would take the form of free digital television channels or movie packages.

At the end of the day, the more utilities an ESCo supplies to a single site, the better the offer it can make. Water supply and treatment is another service being offered by some. To put the savings into context, the cost of sinking a borehole, abstraction license cost, maintenance and treatment costs for an average quality ground water borehole is around

The very nature of ESCos means they are not averse to new technologies, and are already showing interest in thermal energy storage and fuel cells - another by-product of which is potable water. "An ESCo is set up to maximise the commercial advantage of low carbon technologies. Theoretically this makes them good future stewards of the industry," says Mark.

ESCos may represent the future, but only if they can overcome one major barrier. "The idea that someone will write out a cheque is almost mystical, and that is the problem that the sector is having. It just sounds too good to be true," says Mark. Indeed, most ESCos describe their problem as standing on Waterloo Bridge with a bucket of money unable to hand it out to passers by, because they can't believe it's for real. The question is, is it an opportunity you can afford to pass up? n