Are you prepared for the Carbon Reduction Commitment? 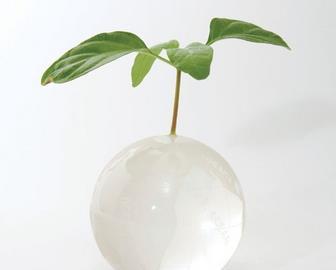 Letters are on their way to those who will be liable for the Carbon Reduction Commitment. Krystal Sim finds out what lies in store

The Carbon Reduction Commitment is the government’s attempt to cut UK emissions by 4 million tonnes a year by 2020 – equivalent to taking a million cars off the road. Participation is compulsory for businesses and public sector organisations above a certain size, and the upfront cost to them of helping to save the planet will be a minimum of about £35,000 a year.

The scheme, which begins next year, will use a carrot and stick approach to make property users aware of their emissions and encourage them to cut their carbon footprints. They will have to buy emissions allowances – and if they underestimate and have to buy more, the price goes up – but those that perform well will get some of their money back.

The CRC will apply to any business or organisation with a total half-hourly metered electricity consumption greater than 6000MWh a year, which equates to an annual spend of about £500,000 – about 3000 tonnes of emissions. Participants will have to forecast their consumption at the start of each trading year and buy sufficient carbon allowances to cover the predicted emissions from their total property estate. The scheme covers gas, oil and any other fuels used as well as electricity, except for on-site generated renewable energy, with some conditions. Off-site generated green energy is not exempt.

At the end of each year, CRC participants will submit their annual energy consumption figures, their equivalent emissions figures and the carbon allowances needed to cover this amount.

The price of the allowances will be fixed at £12 per tonne of carbon emissions for the first three years of the CRC.

David Bownass, a director at global consultancy WSP, has been advising big companies on the potential impact of the CRC. “Any significant organisation, or one with a large UK presence, will be captured by this scheme,” he says. “Marks & Spencer, Tesco, banks and universities, legal firms, data centres, call centres – a lot of the brand names people recognise will be affected.”

It is thought up to 5000 businesses will be made to pay for their emissions when the CRC gets under way with the trading year from April 2010 to March 2011. In the debut year, participants will be able to buy their allowances after the end of the trading period. All subsequent years’ allowances, however, will have to be bought upfront or through the Safety Valve mechanism.

Utilities companies and the Environment Agency and its devolved counterparts have begun contacting the companies and organisations they believe will go over the “trigger” amount of energy consumption.

Bownass says: “Companies that may fall within the CRC will get letters by the end of March, and they will have to respond to the Environment Agency by June. A minority of them may avoid the trigger, of course, but most will be captured and will have to provide genuine data on their energy consumption.”

Official participation in the scheme will be confirmed in September. There is concern that many businesses are unaware of their potential accountability.

“There will be thousands of companies in the CRC,” says Bownass, “and many of them do not even know about it. I imagine there will be a certain amount of panic. Many larger organisations will have appointed members of staff who will be clued up, but a lot of universities, healthcare trusts, local authorities, etc, probably don’t know what they consume collectively.”

Companies and organisations are being advised to review their electricity bills and consult their energy providers to determine if they meet the trigger figure of 6000MWh or could do so in future.

Marks & Spencer welcomed efforts to reduce carbon emissions, which it said it was tackling already as a matter of good business practice. “There has to be more regulation of this sort across the retail sector in addition to voluntary measures,” a spokeswoman said. “We have our own five-year, 100-point eco plan called Plan A, which includes improvements on energy efficiency and which was developed with carbon reduction firmly in mind.”

Top-performing organisations will receive public acclaim thanks to a league table, to be published annually, which will rank each participant according to how its total emissions have fallen compared with its average over the previous five years.

The CRC will be a revenue neutral scheme. Once operating costs have been covered, all the remaining monies will be reallocated to the participants six months after the end of each trading year, according to their positions in the league table. Those in the middle of the table could get back all they originally paid. Poor performers will receive less, while those at the top of the table could be rewarded with a surplus.

Westminster will be working with the devolved administrations in Scotland, Wales and Northern Ireland to ensure the initiative is implemented across the UK. What will it mean for engineers and consultants? Bownass believes it could produce a more pragmatic view of energy engineering. “A lot of engineers are geared up to newbuilds but the newbuild agenda is well defined,” he says. “It will make engineers rethink how they look at existing buildings. They’ll become more energy engineers, if you like.

“The idea behind the CRC is to get people to focus their minds on energy and carbon. It’s going to be an annual cost, so any managing director seeing that rise will want to understand it and control it better. In the long term, it will raise awareness and become more routine. However, there is still a lot to be done in the short term.”

Prepare your organisation for the introduction of the initiative next year by:

For more on the CRC, log on to: www.defra.gov.uk/carbonreduction