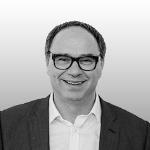 Well before our digitally-inspired, 24-hour news cycle, politics was renowned for moving quickly – after all it was prime minister Harold Wilson who correctly pointed out how much could change in a mere week. Yet the speed of events since Britain elected to leave the EU has been unprecedented. The resignation of David Cameron, followed by a coronation for Theresa May, the calling of a snap election, the rise of Jeremy Corbyn and a minority government’s alliance with the DUP, has left the political establishment scratching its head, unable to fathom what it is a volatile electorate really wants. Meanwhile, in the background has been the question of Europe and exactly the type of Brexit that should be negotiated – hard, soft or maybe al dente.

What is British business to make of all this? Well the first thing to say is that the economic cataclysm predicted by some of the more fervent remainers has not yet come to pass. Indeed, the continued (relative) weakness of the pound has aided export for many companies, while this April saw a record number of tourists come to the UK (a whopping 3.7m visits, up 19% on the same month the year before).

There are indications of a slowdown (the purchasing managers’ index for the construction, dipped slightly to 54.8 in June from a 17-month high in May of 56), but the measure still indicates expansion in the sector, marking the 10th consecutive month of growth according to the PMI survey.

Increasingly it seems to me that it’s up to the nation’s businesses – from the creative industries to the financial sector via manufacturing and my own area of construction – not to become shrouded by political uncertainty. In fact, perhaps it’s time we re-evaluated our relationship with government. Since the onset of Margaret Thatcher and neo-liberalism in the early 1980s, government and business have acted as one. Rightly or wrongly, the state was used as a tool to quash union activity and hack away at much of the red tape that was stifling the economy.

However, until May’s government works out how our new relationship with Europe will be forged – and, as I write, judging by the leaks seeping from an unruly cabinet that looks unlikely for some time – then maybe business should simply get on with what it does best.

That doesn’t mean we should take our eye off the political ball completely. It’s vital we continue to let the government know what we need

That doesn’t mean we should take our eye off the political ball completely, of course. It’s vital we continue to let the government know what we need. As the CBI has pointed out, for instance, there is a skills gap in the construction sector that will take time to fill without the considerable number of EU nationals that work here (in 2015, for example, 11.6% of the UK construction workforce was of non-UK origin). We should be launching better training and apprenticeship schemes in the long term, but for now we need access to skilled workers.

It’s also important that we don’t isolate ourselves from the rest of the world – and that includes Europe. As Sir Nicholas Serota, the chair of Arts Council England, said at a recent Creative Industries Federation conference: “Cultures that cut themselves off may become exquisite, like a rare breed of animal; but ultimately they stagnate and are irrelevant to a changing world.”

Ultimately, British business can’t wait for the clouds of political confusion to lift. Yes, there are risks in our new economic world but there are opportunities too and we need to make sure that we are nimble enough and confident enough to grasp them – on our own if necessary.

Steve Elliott is the chief executive of BW: Workplace Experts