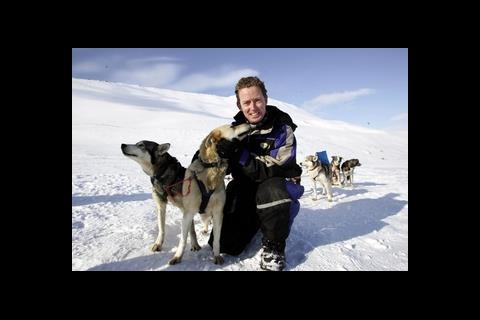 In 2006 Barker witnessed the effects of climate change in the Arctic, which he visited with Tory leader David Cameron. 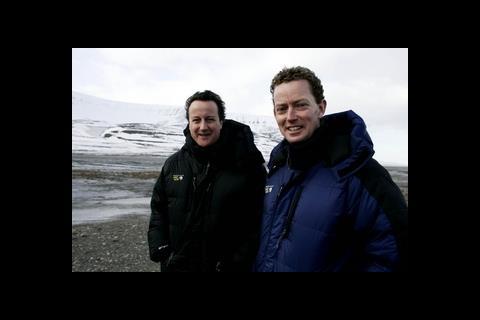 With the Conservatives widely tipped to take power at the next election, we press the shadow minister for climate change for details of Tory energy policy

How are we going to upgrade the existing building stock to meet the target of 80% carbon reduction by 2050 – and where is the money going to come from?

We will give every household in Britain a “Green New Deal”, the right to have home energy efficiency installations up to £6500 in value that will save money on the bill, immediately. They will be financed and installed by trusted suppliers such as Marks & Spencer, who will recoup the cost from the energy bill. This will open up a new market in energy efficiency, create tens of thousands of skilled green jobs, cut carbon emissions and save householders’ money. Our proposal envisages using statutory measures to allow the capital recovery to be attached to the network element of the domestic bill, so in the event of a change of energy supplier, the charge stays with the property, rather than moving with the customer.

The government’s heating and energy strategy has four main aims: to help householders use less energy; to increase the use of renewable energy to help meet the UK emissions reduction target of 80% by 2050; to ensure security of energy supply; and to kickstart the UK’s low carbon economy. How would the Conservatives improve on this?

In our Low Carbon Economy green paper, published in January, we set out a series of policies that would improve on what the government has proposed. Among these are plans to transform electricity networks with “smart grid” and “smart meter” technology; a new network of under-sea direct current cables; establish a new national recharging network for electric vehicles; enable biogas to replace up to 50% of our residential gas heating; provide for a network of large-scale marine energy parks; establish a new “top runner” scheme to highlight the most energy-efficient household goods; and immediately start work on establishing a new high-speed rail network linking cities in the North and South.

The Conservative Party has said it will revolutionise some of the strict regimes for architecture by abolishing the Building Regulations and replacing them with a simple set of “non-prescriptive outcomebased standards”. Do you think abolishing the regulations altogether is the right way to go? And will this lead to more energy efficient buildings?

Under Labour, we believe building regulations have been unnecessarily prescriptive and overly complex. They need to be simplified and reduced, with a focus on outcomes (eg public safety, energy efficiency) rather than box-ticking, and ensuring that regulation is proportionate to risk.

The Department of Energy and Climate Change (DECC) was established in October 2008. Was its creation a good idea and how successful has it been? What policies would Conservatives have promoted?

There had clearly been tension in government between DEFRA and BERR over the issues that came to be under DECC’s remit. The principle behind the creation of the department, to deal with those tensions and develop a coherent energy and climate change policy, was a good one. The extent to which it has been successful is less clear. The UK economy is still dependent for more than 90% of its energy needs on fossil fuels, which increasingly come from imports. After 12 years of Labour, carbon emissions have barely decreased and the UK is left with the lowest contribution from renewable energy of any major European nation.

A recent CBI report said the UK needs six new nuclear power plants by 2030 to meet climate change targets and maintain energy security. It has also recommended publication of a national policy statement for new nuclear buildings as soon as possible [DECC was due to publish a statement as BSD went to press]. Do you support the CBI on this?

Nuclear power will be part of the mix if it is economically viable. It should not be seen as an alternative to developing and expanding renewable forms of energy

We believe Britain should have a broadbased supply of low carbon energy to ensure we are not over-dependent on any one source or supplier of energy, and to help reduce emissions. Under a Conservative government, nuclear power will be part of the mix if it is economically viable. New nuclear power stations should not leave the taxpayer with the liability for their running costs, their decommissioning costs or the costs of dealing with their waste. Nuclear power should not be seen as an alternative to developing and expanding renewable forms of energy.

There is a legal obligation to eradicate fuel poverty in the UK. How do the Conservatives intend to complete this task in the shortest time possible?

High energy bills are a serious problem for millions struggling with the consequences of Gordon Brown's recession. The number of people living in fuel poverty has tripled in the last five years, despite government targets for the eradication of fuel poverty in vulnerable households by 2010. On the government’s own figures it can be estimated that there are now more than 6 million households in fuel poverty – one family in every four. The government has repeatedly promised action, but deadlines have passed and none has been taken. It should now ask the Competition Commission to conduct an urgent investigation into the prices the energy companies are charging consumers.

David Cameron recently told manufacturers that the Conservatives would use carrots rather than sticks to meet carbon targets. However, over the past five years it has been demonstrated that grant funding schemes are short-term measures and have very little impact, whereas regional and local planning requirements are a huge motivation for change. What financial measures do the Conservatives intend to implement to ensure a long-term shift in attitudes?

Too often when government wants to influence people’s behaviour, it tries to stop something bad from happening by punishing it, rather than encouraging something good to happen by rewarding it. We need to turn that thinking on its head. Take recycling: we have all seen the reaction in this country to the big stick approach of bin charges and snooping. In America, 500 towns and communities have started paying the public to recycle. It’s simple: if you do the right thing, you get vouchers to spend in local shops or to donate to a charity. And it’s resulted in a 200% increase in recycling in some areas. We have now brought this policy to the UK. Conservative councils are piloting similar proposals and recycling rates here have gone up too – by up to 30%.

We spend £80 billion a year on energy in the UK. Professor David MacKay, an adviser to the DECC, has said that if we were to spend just £2 billion on research and development of renewables “a lot of good things would start to happen”. How much will the Conservatives commit to such research?

The best way to develop renewable technologies is to make sure that in the UK we have the best environment for delivering renewable energy – that way real incentives to invest, to research and to develop are provided. This has not been the situation in this country in recent years. Romania, Bulgaria, Germany and the Czech Republic have all more than doubled the share of their energy coming from renewables since the midnineties, while the UK remains third from bottom of the table of EU countries’ renewable energy use. We aim to put in place policies that will create a competitive green market and attract private investment, create jobs and provide for innovative research, design and implementation of novel renewable technologies.

The energy available from wind, waves, tides and the sun varies in ways that may not match variations in national energy demand. Assimilating these fluctuations can affect the operation and economics of electricity networks, markets and the output of other forms of generation. What changes do the Conservatives propose to make to the grid network to enable renewables to be accommodated?

The way our energy is produced and transmitted around the country is stuck in the 1950s and 1960s. Adding computing intelligence in people’s homes will allow demand and supply to be intelligently managed and pave the way for large-scale use of renewable energy. To achieve this we will transform electricity networks with smart grid and smart-meter technology so that the use of electricity for a wide range of household and workplace appliances, and the charging of electric and plug-in hybrid cars, can be tailored automatically to match the supply of electricity, permitting a huge increase in renewable power. Participation in the interactive, intelligent management of load via the smart grid will be voluntary. Those who take it up will see their energy bills fall, as they take much greater control of their energy use.