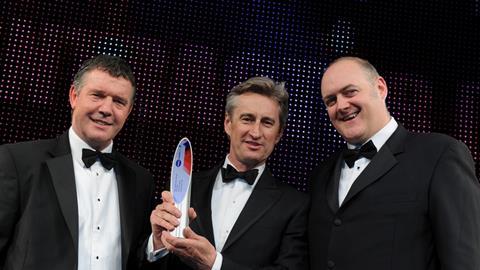 Willmott Dixon is the leader of the pack this year, convincing the judges of a real commitment to sustainability, an ability to offer value for money and investment in its workforce

Major contractor of the year, sponsored by Powerday

This was a tough category to call this year, but amid some stiff competition it was Willmott Dixon that stood out for our judges. The extent of the contractor’s commitment to sustainability marked it out from rivals as a truly forward-thinking business, with staff incentive payments modified to include sustainable development targets and almost 90% of site waste diverted from landfill in 2010.

The company has also been quick to use partnering to meet the government’s “more for less” agenda, developing an off-the-shelf range of schools in partnership with architects and local government procurement organisation Scape that can cut the cost of delivering a new building by 30%. The judges were also impressed by Willmott Dixon’s commitment to its workforce. An average of five days training per employee a year, three days more than the industry average, led the judges to describe the firm as one where “people are at the heart of what they do.”

Over the past year, Costain has cemented its reputation as one of the UK’s leading construction and engineering firms. The business reported 14% profit growth and rising turnover, and with an order book of £2.5bn is well placed to build on its success.

Kier has shown agility in adapting to tough market conditions, with a fresh focus on infrastructure yielding more than £200m of work in new sectors. The quality of its work remains high, with projects spanning the construction, support services and development sectors.

ISG hit the headlines this year for being the contractor behind the first venue to be completed on the Olympic park: the 2012 velodrome. The firm’s redesign of the project’s cable-net roof, in conjunction with Hopkins, saved 1,000 tonnes of structural steelwork.

Mace celebrated its 20th anniversary in 2010 - and this contractor really has come of age. Its strength is visible on the Shard, Europe’s tallest skyscraper, and its work on that scheme was rewarded last year with a £120m contract for a neighbouring tower, London Bridge Place.

In 2010, the company boosted turnover and profit, and had near-perfect records for completing projects on time and on budget. It has also expanded internationally for the first time in its 114-year history, opening in Abu Dhabi. Another sterling performance.

A commitment to sustainability is a central part of this forward-thinking business, with staff incentive payments linked to sustainable development targets. The company also has a good reputation as an employer that invests in training its staff.