There was no change in the monthly activity index for September, but civil engineering orders have dropped alarmingly, according to the latest figures from Experian Economics

The employment index has been in negative territory since January 2008. The upward movement in the employment index last month proved to be short-lived as September saw a fall of six points to 37. Yet again, firms are indicating that they expect employment levels to decrease over the next three months. 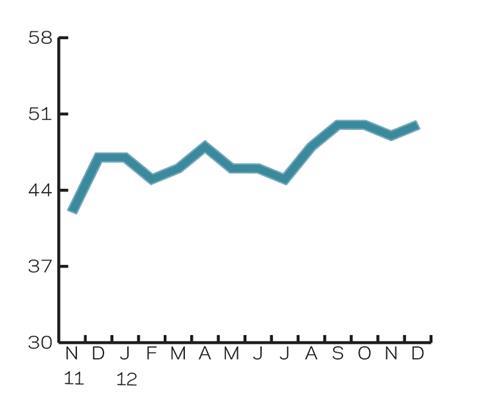 CFR’s Leading Construction Activity Indicator is predicted to remain unchanged at 50 in October before seeing a marginal decrease of one point to 49 in November. The index is expected to edge back up to the no-change mark of 50 in December.

The indicator uses a base level of 50: above that level indicates an increase in activity, below that level a decrease. 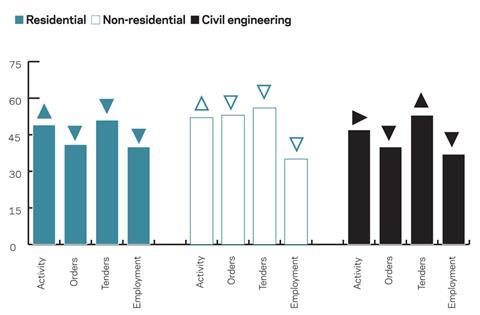 Firms in the residential sector reported the highest level of work still being readily available beyond six months, at 20%, compared with 14% and 7% for non-residential and civil engineering firms respectively. While more than half of respondents (58%) in the civil engineering sector reported between three and six months of work in hand in September 2011, this had fallen to just 4% in September this year. 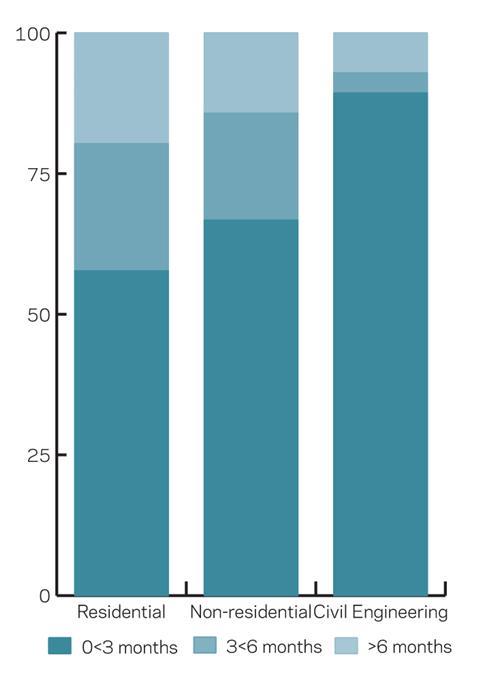 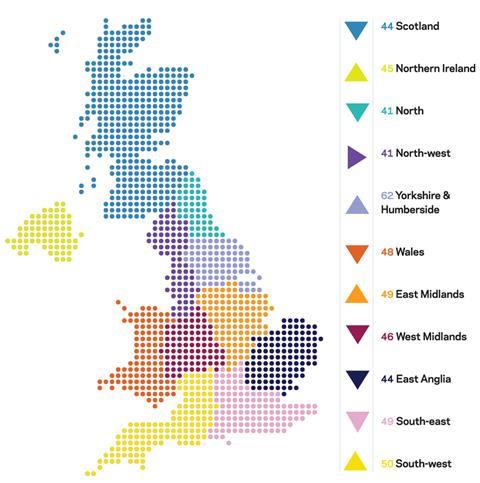 In September only four of the UK’s 11 regional indices saw a rise. Yorkshire & Humberside saw the largest increase, by nine points to 62 - the highest reading since June 2010.

The South-west index improved by three points to the no-change mark of 50 while both the East Midlands (49) and Northern Ireland (45) saw their indices edge up by one point.

The North saw the most marked decline in its index, dropping by 13 points to 41 - taking it into negative territory for the first time since August 2010. East Anglia’s index went down by four points to 44. The South-east, West Midlands and Scotland all fell by three points, to 49, 46 and 44 respectively.

The North-west’s index remained unchanged at 41. It has not seen positive territory since January 2008.

As a whole, the picture for the UK index, which includes firms working in five or more regions, is somewhat brighter, as it has moved up eight points to 52, taking it above the no-change mark of 50 for the first time in six months.